DeAngelo Wilson had a career-high 10 receptions for 118 yards & a score and the Austin Peay defense forced six turnovers as the Governors beat Jacksonville St, 13-10 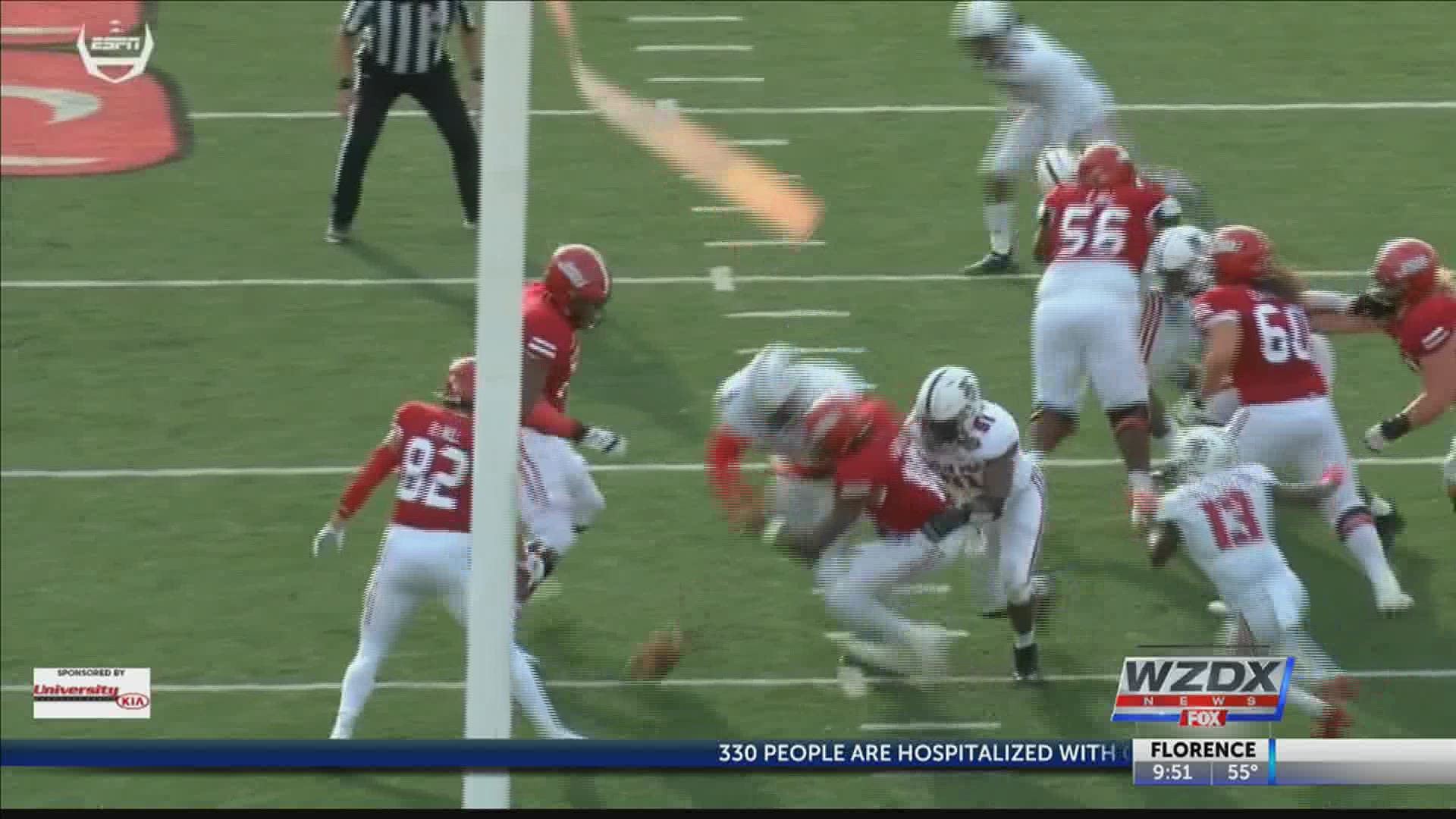 JACKSONVILLE, Alabama — 1979… it was the year the Happy Meal debuted, and it was also the last time Austin Peay State University's football team emerged victorious at Jacksonville State. That changed, Sunday, as safety Kam Ruffin picked off two passes to lead a defense that forced six turnovers and stifled No. 7 Jacksonville State's offense in a 13-10 Ohio Valley Conference victory at JSU Stadium.

Hanging on to a less than touchdown lead for the final 35-plus minutes, Austin Peay (3-5, 3-2 OVC) leaned heavily on its defense in the final half, and it rose to the occasion. That defense capped its performance on Jacksonville State's final three drives: forcing a three-and-out to start, Ruffin picking off a pass on the second, and John Wesley Whiteside falling on the ball after his strip-sack to secure the victory.

And in what some pointed to as a matchup of the league's most prolific offense against the league's most generous defense, the Govs' defense showed what it could accomplish. The Govs held the Gamecocks 154 yards and 20 points below their OVC scoring average.

Jacksonville State (7-2, 4-1 OVC) scored on the game's opening drive with Josh Samuel dashing into the end zone from three yards out with 13:28 left in the game. However, the Gamecocks would only find the red zone one more time the rest of the way and had to settle for an Alen Karajic 36-yard field goal.

Six turnovers doom No. 7 Gamecocks in loss to Austin Peay

Ruffin led the Govs' turnover cavalcade with his two interceptions, while safety Terrell Vassell and cornerback Jonathan Edwards added an interception each. It was Austin Peay's first four-interception day since 2007 against Murray State. Whiteside and linebacker John McDonald had a fumble recovery each.

Samuel rushed 20 times for 89 yards and a touchdown to lead Jacksonville State's offense. Nicario Harper had an interception and seven tackles to pace the JSU defense.