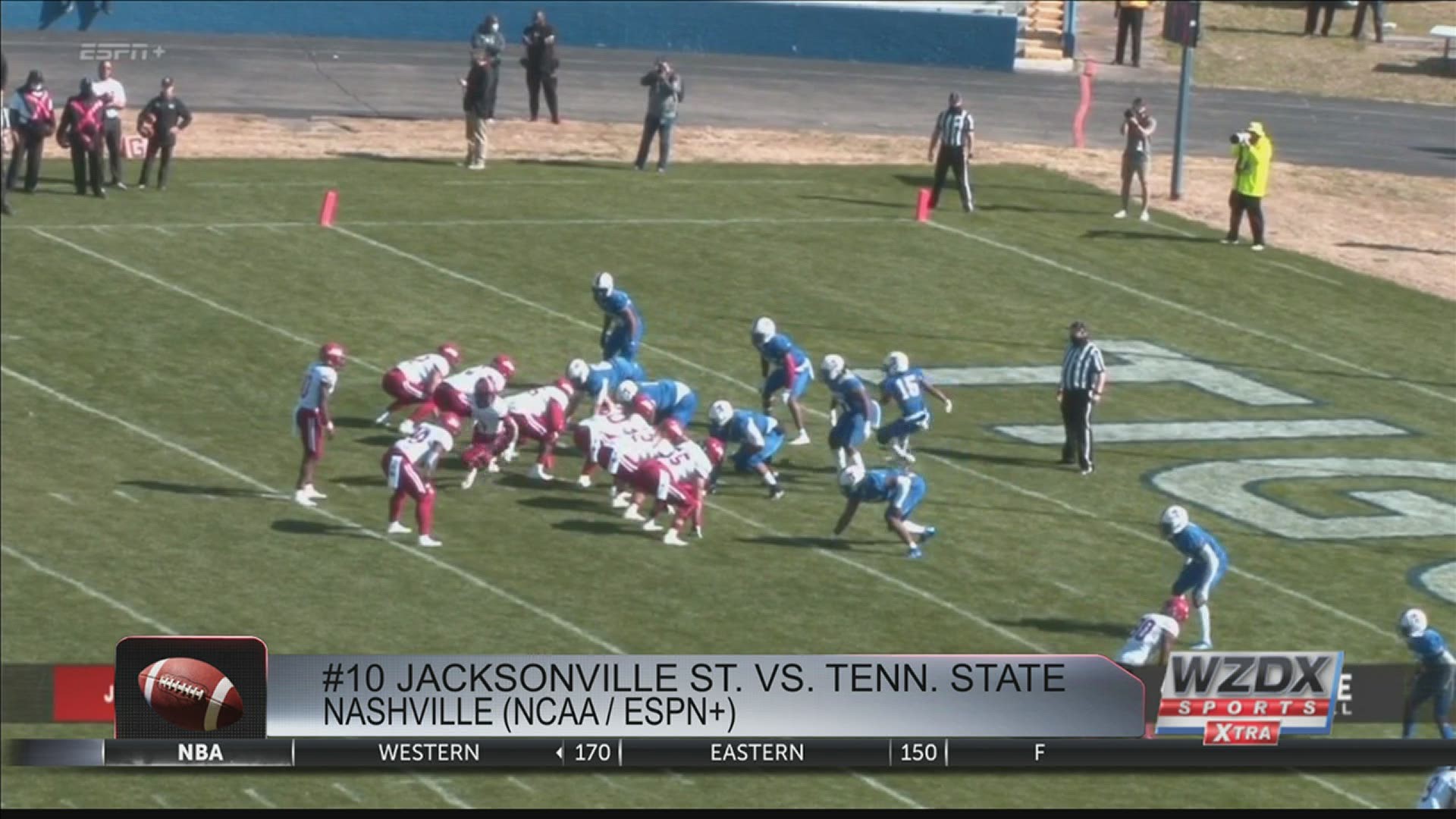 NASHVILLE, Tenn. — No. 10 Jacksonville State extended its winning streak to five with a methodical 38-16 victory over the Tigers at Hale Stadium on Sunday. The Gamecocks (5-1, 2-0) currently own the longest active winning streak among FCS programs.

Zion Webb passed for a career-best 280 yards and three touchdowns and the defense limited Tennessee State (0-2, 0-2) to 225 net yards as JSU ran its all-time mark against the Tigers in Nashville to 6-0.

Jacksonville State scored 17 points in an eight-minute span to pull away in the fourth after the Tigers trimmed their deficit to 21-16.

Webb hooked up with West on a 54-yard touchdown pass at the 12:03 mark to finish off a quick 74-yard scoring drive, Alen Karajic kicked a 26-yard field goal less than four minutes later and Webb wrapped up the scoring with a 19-yard touchdown toss to Charleston with 3:57 remaining.

Webb completed 21-of-33 passes for 280 yards with one interception - easily eclipsing his career highs of 12 completions (three times previously) and 137 yards vs. Eastern Kentucky in 2018. His first TD pass of the afternoon was a 29-yard strike that Dave Russell III caught in stride just before halftime to extend Jacksonville State's cushion to 21-6.

#JSUGamecocks improve to 5-1 overall, 2-0 in the OVC in their final league appearance in Nashville. JSU visits UT Martin next Sunday for a 1 p.m. kickoff. #StayCocky #FearTheBeak pic.twitter.com/Xn1Lz08YQi

West accounted for 125 all-purpose yards, running seven times for 40 yards and grabbing three passes for 85 more. His five-yard TD run got the Gamecocks on the scoreboard first less than 4 1/2 minutes into the contest.

The junior back has now accounted for 100-plus scrimmage yards in three straight games.

Marshall Clark was the Gamecocks' leading tackler with eight stops, followed by Nicario Harper with seven.