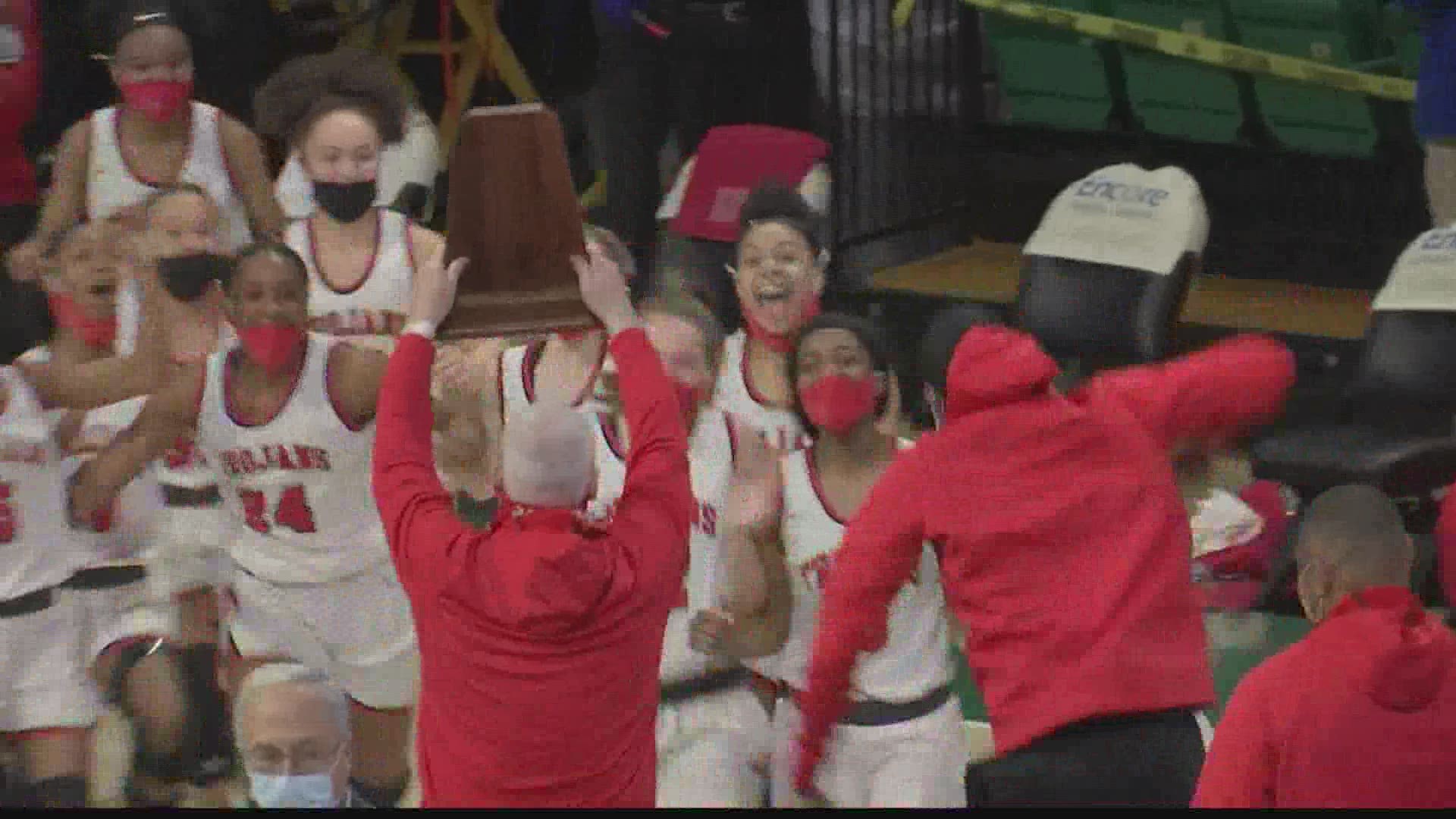 The Trojans (36-1) of Coach Tim Miller  became the first school in the AHSAAs highest classes (6A or 7A) to win four state titles in a row. The state championship was first in the AHSAA’s 99-year history of the state basketball championships to be crowned at UAB’s legendary Bartow Arena.

Class 6A state tournament MVP Samiya Steele scored 18 points to led Hazel Green. The junior was 5-of-9 from the field with three 3-pointers and was 5-of-5 at the foul line to help the Trojans hold off a strong Wolverines comeback down the stretch. Leah Brooks added nine points, Grace Watson had eight and a gamer-high 11 rebounds. Her biggest play may have been taking a charge that resulted in the fourth fall for Carver’s scoring leader Breanna Rhodes.

The 6-foot-1 senior finished with nine points, three rebounds and one steal but missed some valuable playing time in the second half. When she returned to the floor, however, she helped the Wolverines (16-5), coached by Adria Harris, close the gap to two points. Carver pulled to withing two at 43-41 but was unable get a shot to fall in the final minutes. Guards Trinity Thomas and Alliyaha Ellis finished with 12 and 10 points respectively, and senior Mya Barnes made several key plays to help keep the Wolverines close. She had five points, six rebounds, five blocked shots and three steals.

The Hazel Green Lady Trojans (@HGHSGirlsBBall) did it again, winning their 4th State title in four years. Samiya Steele (@SamiyaSteele) is your 2021 6A Girl's MVP. pic.twitter.com/te2HMygXR5

The Class 6A girls’ state championship was the first to be completed at the 2021 AHSAA State Basketball State Championships being held in Birmingham at Bartow Arena and Bill Harris Arena. Mountain Brook meets Spanish Fort in the Class 6A boys’ title game at Bartow at 11:30 a.m., followed by Hoover and Hewitt-Trussville play in the 7A girls’ championship at 2 p.m., and Oak Mountain takes on Enterprise at 4:30 p.m., in the 7A boys’ finals. Bill Harris Arena is hosting the Class 2A semifinals today and will be the site of the remaining 10 championship games Thursday, Friday, and Saturday.