Four teams from the Tennessee Valley played for a spot in their respective state championship games on Monday. 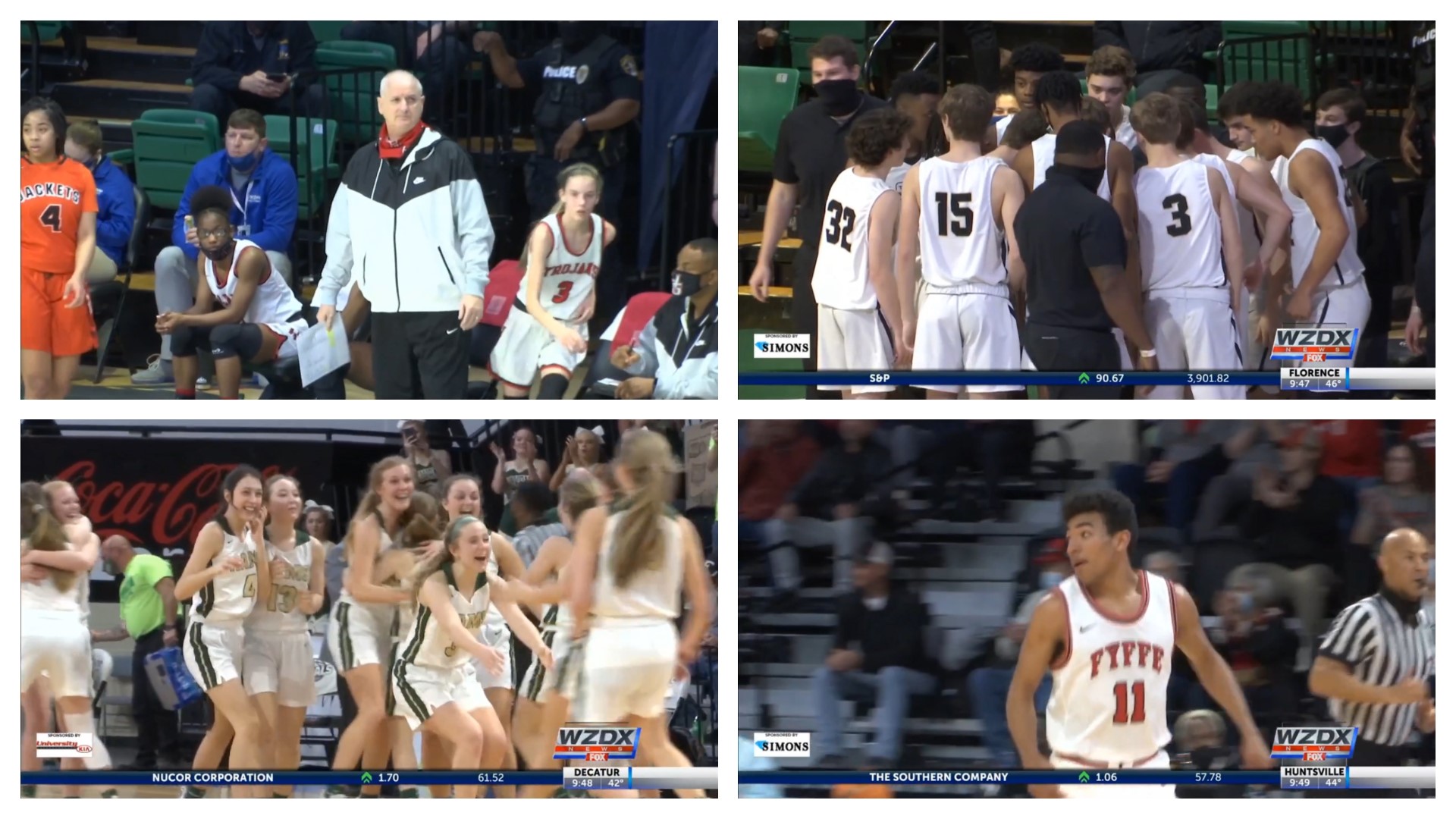 BIRMINGHAM, Alabama — Hazel Green, Fyffe, Scottsboro and Sylvania all played in semifinal matchups on Monday in Birmingham. With a victory, each team would have an opportunity to play for a blue map later in the week.

In typical fashion for both teams, Hazel Green’s 55-44 victory over McGill-Toolen Catholic in the Class 6A semifinals of the 99th AHSAA State Basketball Championships which opened play at UAB’s Bartow Arena Monday came down to opportunities.

The Trojans (35-1), making their fifth straight trip to the state finals, shot 62.5% from the field in the second half, thanks in part to the strong play inside by Grace Watson. The senior finished with 11 points and 11rebounds. Junior guard Samiya Steele had 18 points going 7-of-11 from the field, and Kyra Long had 10 points. Four of Coach Tim Miller’s starters were perfect at the foul line.

Spanish Fort High School got the baskets when the Toros needed it the most and edged Scottsboro 65-61 in the 99th AHSAA State Basketball Championships Class 6A semifinals Monday at UAB’s Bartow Arena.

Trailing 60-59 late in the fourth quarter, Carl Fauntroy sank a 3-pointer to give Spanish Fort (28-3) a very hard-to-come-by lead. Leading 63-61 in the final seconds, Cameron Keshock canned two free throws to seal the win.
Kolby Horace led the Toros, coached by Jimbo Tolbert, with 20 points. Keshock and Fauntroy finished with 14 points each, and Colby McAllister had 11 points and 10 rebounds.

Sylvania, coached by Kyle Finch, trailed 12-11 late in the opening quarter, but held the Tigers to three points in the second quarter and six points in the third. The Rams built a 10-point halftime advantage and led by as many as 23 in the second half.

Fyffe High School senior Parker Godwin sprinted coast-to-coast to score a hanging, left-handed layup at the first-quarter buzzer. At the time, it appeared to merely give Fyffe a one-point lead, but – in retrospect – it gave the Red Devils the spark they needed.