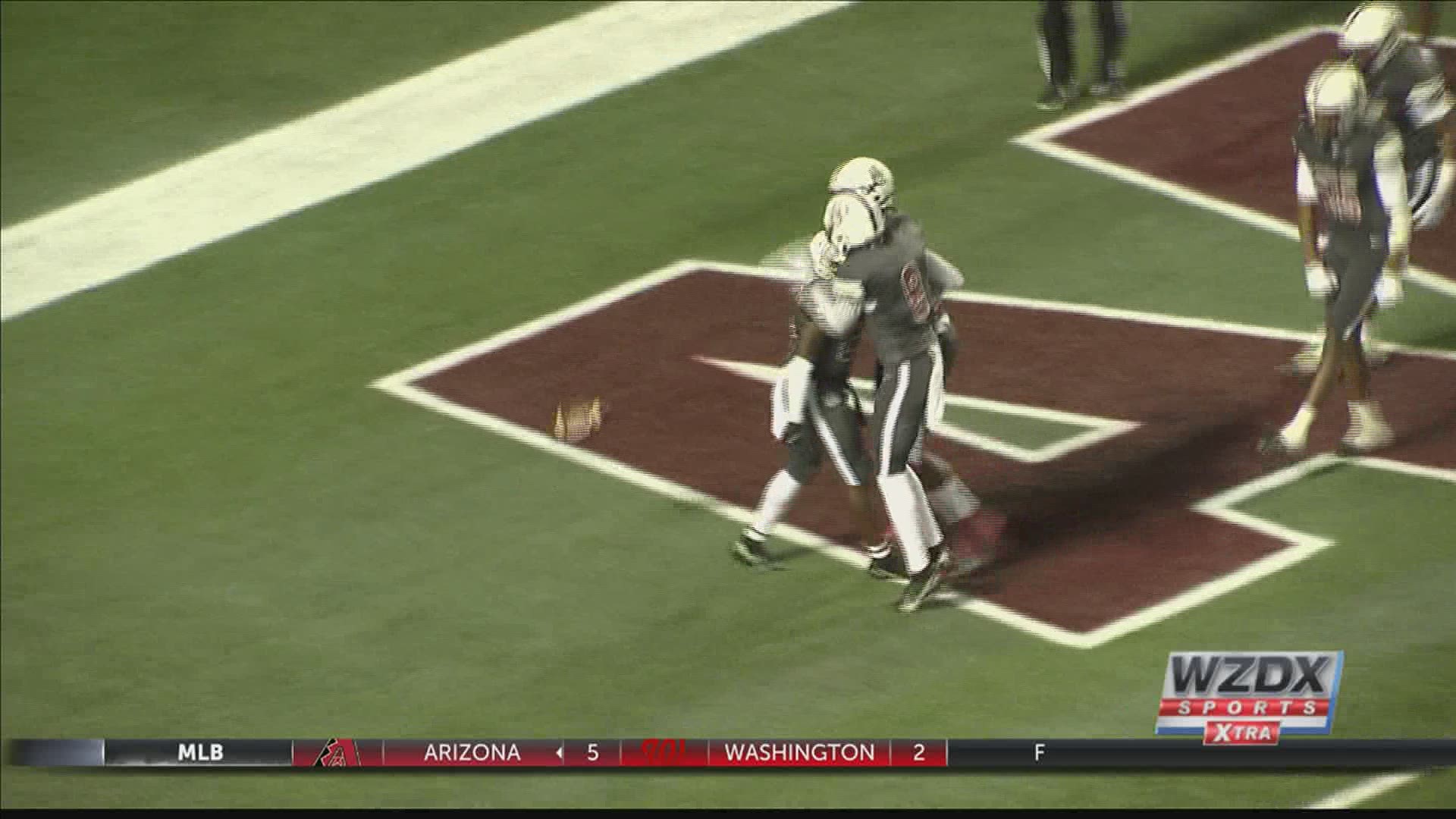 BIRMINGHAM, Alabama — Aqeel Glass capped off the 79th final Magic City Classic with three touchdown passes after halftime as Alabama A&M broke open a tight game to defeat the Hornets. Glass completed 25 of 40 passes for 372 yards and led Alabama A&M to the SWAC Eastern Division title and a spot in the conference championship game against Arkansas-Pine Bluff on May 1. Alabama A&M rolled to 467 yards of total offense with Zabrian Moore, four catches for 138 yards, and Abdul-Fatai Ibrahim, seven catches for 102 yards, leading the way. Ezra Gray gained 101 yards for Alabama State.

Alabama State got on the board early as running back Jacory Merritt punched in a one-yard touchdown to cap an 11 play, 95-yard drive with just over eight minutes to play in the first quarter, before a response by the Bulldogs to tie the ball game.

After a defensive stop early in the second quarter, the Hornets scored again after another long drive, this time 85 yards, capped by a nine-yard pass from Chris Scott to Michael Jefferson.

Alabama A&M matched the score on their next possession, and blocked a punt late in the half leading to a field goal to take a 17-14 lead going into the locker room.

The second half was all Bulldogs, as they reeled off 21 unanswered points in the half to close out the game, while the Hornets struggled to get back in the end zone.

Alabama A&M will close out the regular season on Saturday, April 24 when they head to Mississippi Valley State for a 3 p.m. kickoff. The result of that contest will help decide where the Bulldogs will play for their seventh ever SWAC Championship on Saturday, May 1 – either in Pine Bluff, Arkansas or the friendly confines of Louis Crews Stadium.