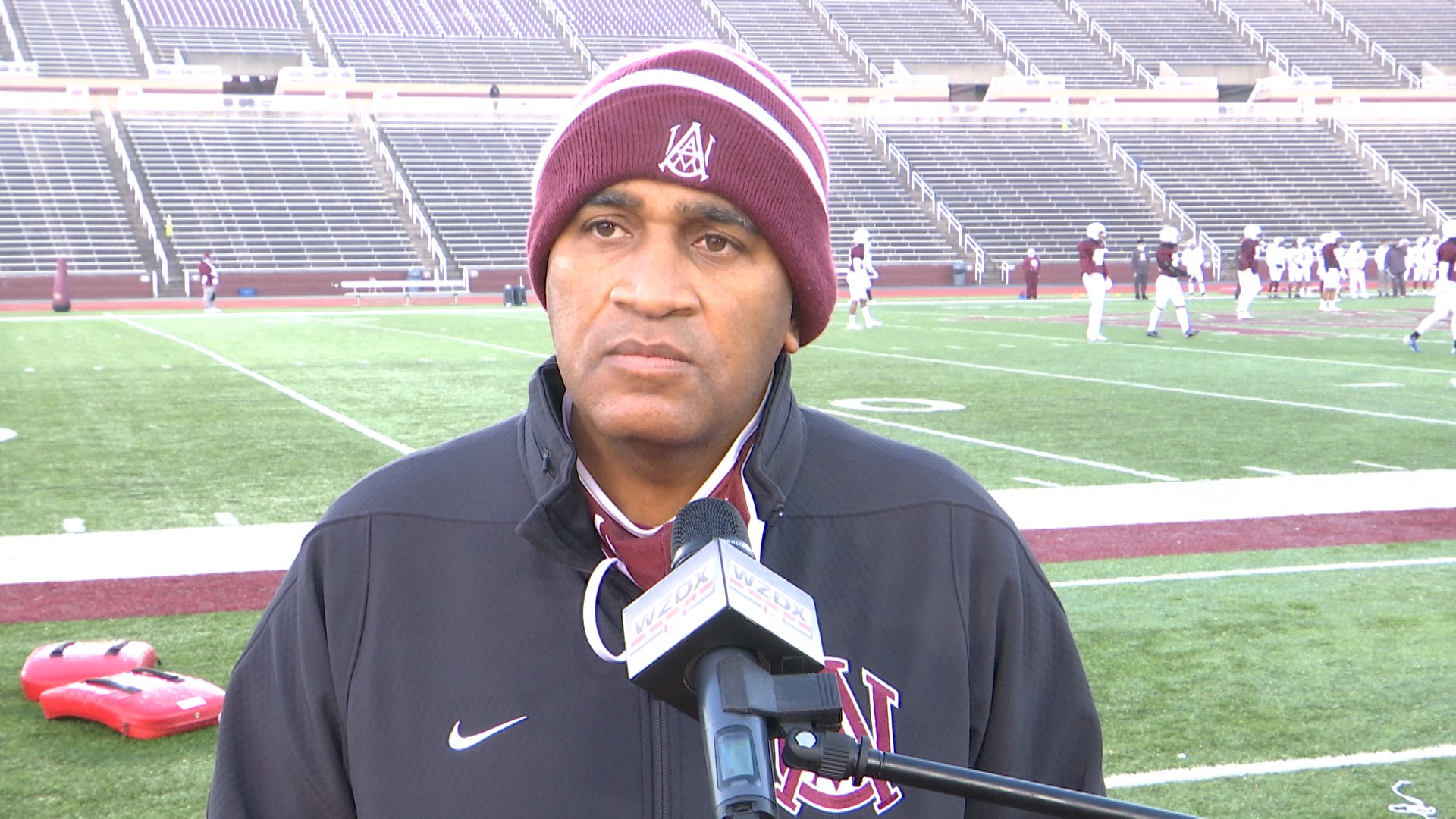 Alabama A&M head football coach Connell Maynor is getting his team ready for the SWAC's spring football season and he's not shying away with his comments when it comes to another team in the conference.

Coach Maynor and the Bulldogs are practicing under the lights of Louis Crews Stadium at 5 AM with the intent to play ball in a matter of weeks.

Since returning, A&M has had only 1 positive covid test and they've been following strict protocols.

Practicing in February isn't rare for A&M because they usually start spring around that time. It's just different because a season is right around the corner.

"Normally when we're out here," says Connell Maynor. It's just to get better and to get the young guys reps to see what we got. but now its actually spring camp and its a little different"

Alabama A&M was scheduled to play Alcorn State in their opener, but the Braves released an official statement Tuesday about opting out due to covid-19. But they still are expected to have spring practice.

Coach Maynor doesn't think the Braves should be doing various things in the upcoming months since they opted out.

"Because you're still putting your kids at risk of getting COVID because they're practicing and they're right in each other's face."

What are your goals for the season? pic.twitter.com/YN1H5d4w3b