Regional basketball titles were on the line at both Jacksonville State and Wallace State on Tuesday. 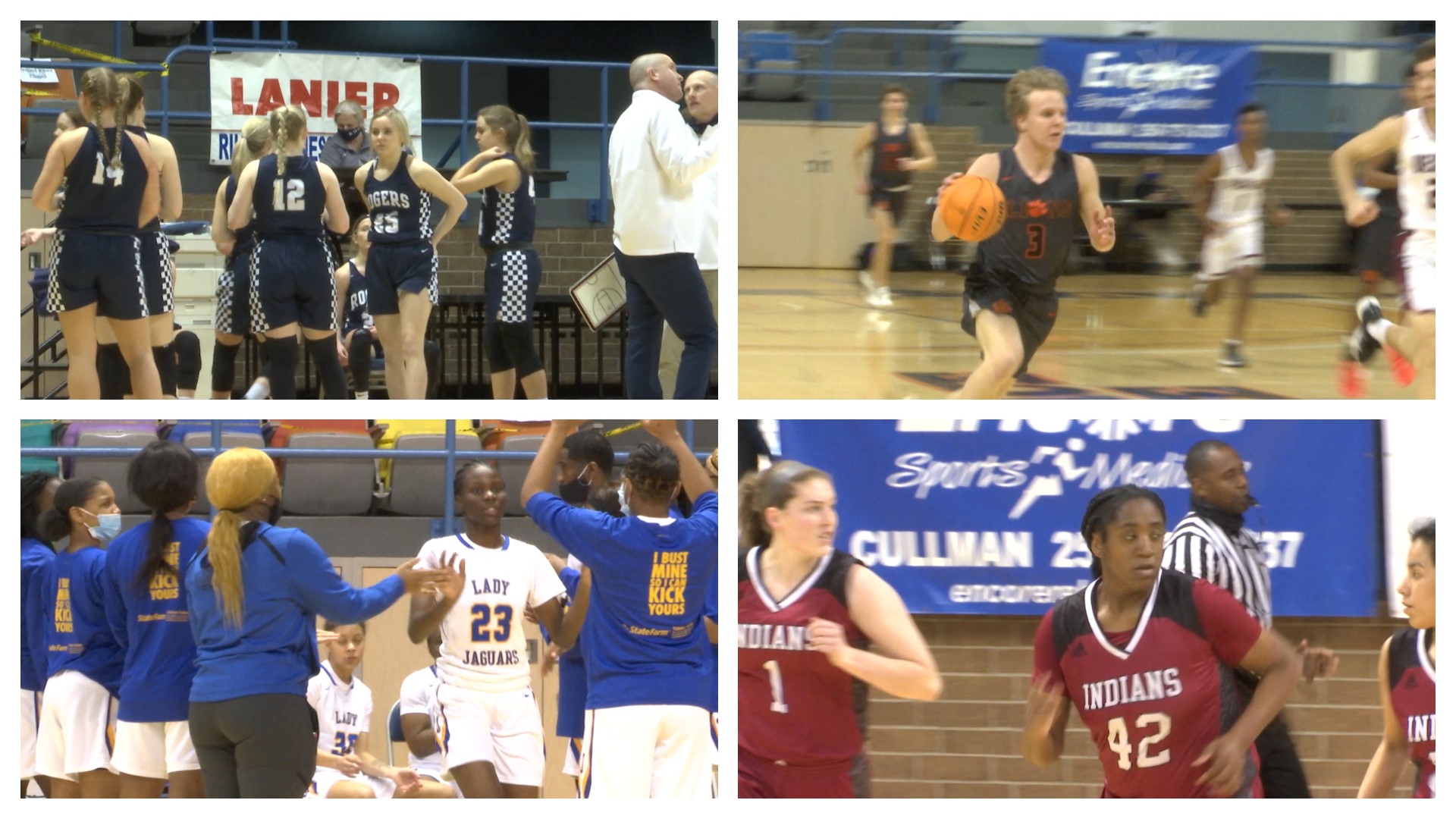 HUNTSVILLE, Alabama — The road to winning an AHSAA blue map made a pit stop this week at both Jacksonville State and Wallace State. Many of our local basketball teams were looking to win regional championships and advance to the state semifinals in Birmingham.

On Tuesday, a total of 11 teams from the Tennessee Valley had an opportunity to win a regional title and punch their ticket to the state semifinals in Birmingham, which begins this weekend.

Here's a look at how our teams fared today:

Congratulations to Coach Sherell Hobbs-Robertson and the Mae Jemison Lady Jags on being Champions of the NW Regional and earning a trip to the AHSAA State Finals! They play Charles Henderson at 9A on 2/27. @MaeJemisonGBB @AHSAAUpdates @AHSAA_hoops @HSVsports #HereComeTheJags pic.twitter.com/YRsCdZ0GhI