MLK Day of Service: Meet Ivy Joe, hear how he carries on the dream

70 year-old, Ivy Joe Milan, says the legacy Dr. King leaves behind is one he picks up and carries with him every day. He adds, “Just by helping other people, yo... 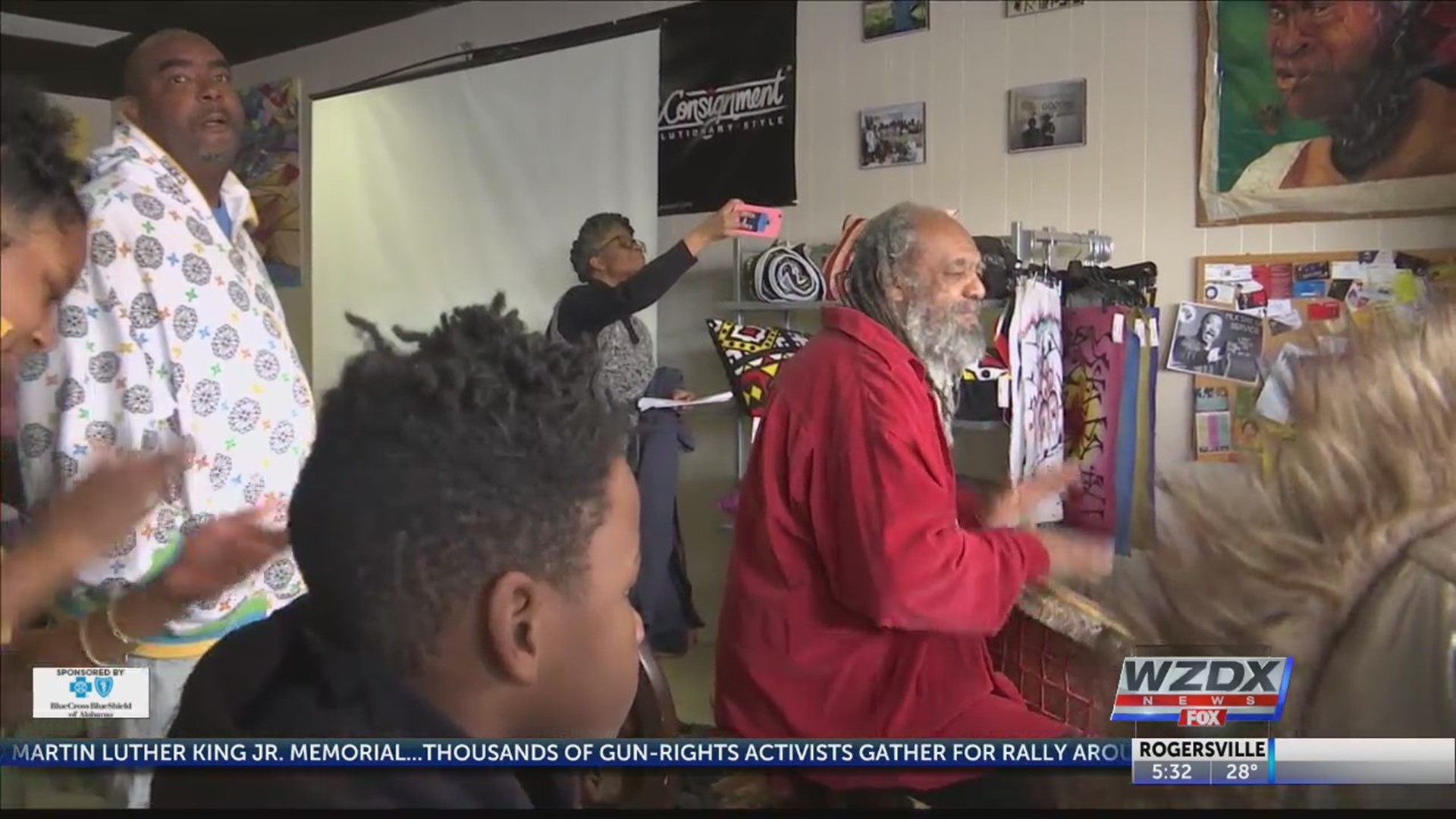 Today is Martin Luther King Jr. Day– and his legacy is alive here in Huntsville.

The holiday was declared in 1983– ever since,  people around the country have marked this day as one to follow Dr. King’s lead– and give back to their communities.

Dr. Martin Luther King Jr. once said, “Everybody can be great, because anybody can serve.”— that’s exactly what people in Huntsville are doing today. They’re their skills to reach others and pour into the next generation of leaders.

People gathered at Zenzele Consignment shop in Huntsville to talk about the legacy of Dr. Martin Luther King Jr…. And gear up for their day of service, heading out into local neighborhoods for community outreach.

Community leaders honored 5 locals with “Service Awards”– They each run programs that promote unity here in Huntsville and embody Dr. King’s passion for service.  One of them was Ivy Joe Milan, a civil rights activist and a man who participated in sit-ins right here in Huntsville.

Huntsville native, Ivy Joe, grew up at a time where our city looked and felt a lot different. For people of color, the feeling of oppression that comes hand in hand with segregation was one you couldn’t ignore.

Ivy Joe Milan tells us, “People gathered at First Baptist Church to go pick cotton. And it was an all-day job. You leave at 7 in the morning, you come back at 4 or 5 in the evening for 2 dollars.”

Ivy Joe was one of the first students of color to attend Huntsville High post-integration. And was expelled after his principal, saw him talking to a group of while female students.

Milan says, “The principal was Mr. Hyatt. He called me into the office and basically he kicked me out of school for the rest of the year.”

After serving as a Sergeant E5 in Vietnam and later battling drug addiction, Ivy Joe realized that the one thing you need in life is a skill to share with others. He later graduated from Alabama A&M and focused on his love for music, diving into his work with his band, “Ivy Joe and his Snowballs”.

Now, he runs a non-profit, Surrender Incorporated,  that helps locals who are struggling with addiction and Ivy Joe uses his passion for the drums to help heal others.

Ivy Joe Milan says the legacy Dr. King leaves behind is one he picks up and carries with him every day. He adds, “Just by helping other people, you become a better human being.”

Ivy Joe Milan’s non-profit “Surrender Incorporated” is a beacon for those who are struggling with addiction here in the valley.

To help with their growth, you can send any donations to P.O Box 1643 Huntsville, AL 358807 or visit any local Regions Bank and ask to make a donation to Surrender Incorporated.