State Attorney General Steve Marshall has ordered the City of Mobile to pay a $25,000 fine for moving a confederate statue. 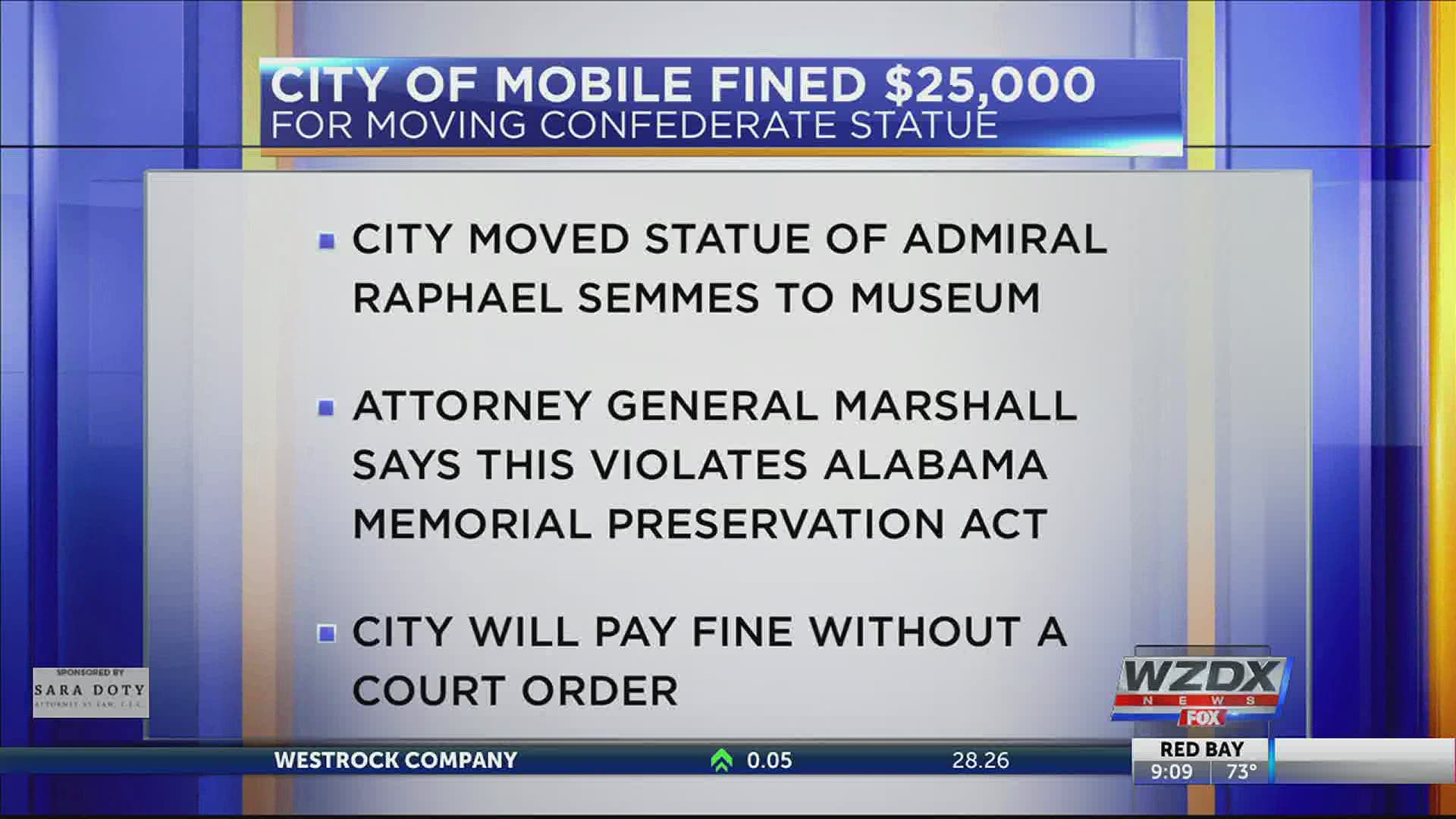 MOBILE, Ala. — (alpoliticalreporter) - The City of Mobile will pay $25,000 to move a 120-year-old statue of Admiral Raphael Semmes, an officer in the Confederate Navy during the Civil War, to the city museum.

The agreement to pay the fine was announced by Attorney General Steve Marshall’s office on Monday afternoon, and came after Marshall notified the city that he determined it to be in violation of the state’s Memorial Preservation Act.

“On June 4, the City of Mobile removed a 120-year-old statue of Admiral Raphael Semmes from public property within the city,” Marshall said. “Now that the City has acknowledged its intent to remove the monument permanently, the facts surrounding the removal and a plain reading of the law led me to determine that the Act was violated. After being notified of that determination, the City has agreed to pay the required fine of $25,000 without a court order.”

Mobile Mayor Sandy Stimpson announced on Sunday that he ordered the statue of Semmes moved from a storage facility to the History Museum of Mobile, where it would reside permanently.

RELATED: LGBTQ community believes 'much work remains to be done'