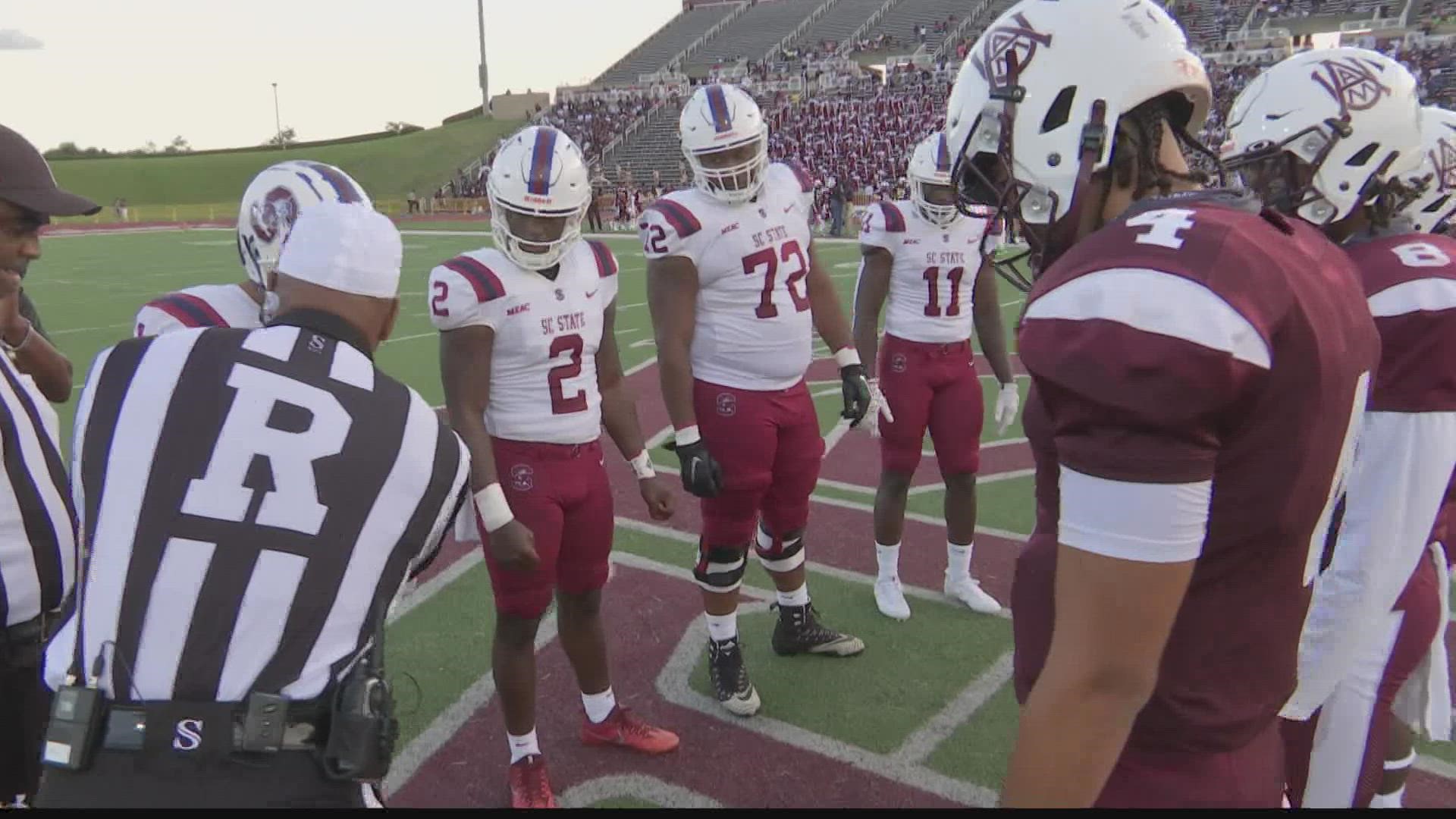 HUNTSVILLE, Ala. — The defending SWAC Champions, Alabama A&M Bulldogs met its offensive match in a 42-41 battle against South Carolina State. Despite the handful of scores SC State posted on Alabama A&M's defense, the unit stepped up when it mattered the most. Defensive lineman Alic Troutman secured a game-winning interception and returned it for 50 yards with less than 3 minutes left in the game. It wasn't pretty but Alabama A&M got the job done.

"We are Champions, we won't quit. We won't point the fingers, we will do what it takes," said Head Coach Connell Maynor.

Quarterback Aqeel Glass put on a clinic completing 28 of 49 passes for 426 yards and 5 total touchdowns.

"Like I told the defense, I have their back and they have my back. They didn't disappoint, I'm proud of all the guys and I'm proud of my team," said Glass.

Couldnt do it without you coach https://t.co/rDdYtEnGwi

The Alabama A&M Bulldogs won't return home for another game until homecoming on October 9th when they faceoff against Deion Sanders and Jackson State University.

The Bulldogs have a bye next week and return to action on September 16th at Bethune-Cookman.