The Mustangs take on Northside High School at home this Friday in the second round of the 4A playoffs. 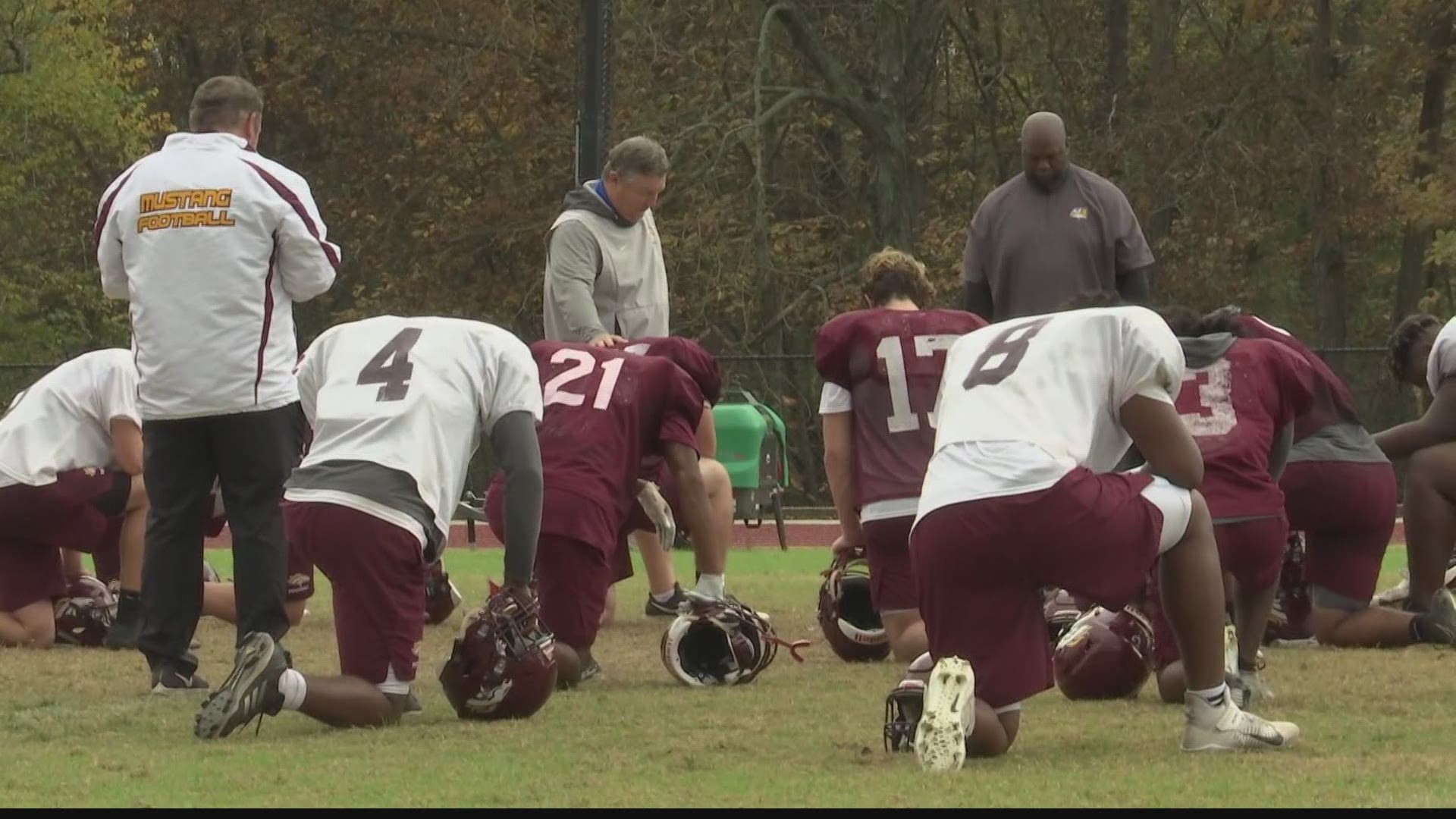 HUNTSVILLE, Alabama — This week the Madison Academy Mustangs are gearing up for the second round of the playoffs as they host Northside Friday night.

Last week, the Mustangs took down Dora 49-14 to clinch a hosting gig this week for the second round. The win is also a step up from last season, when the Mustangs were eliminated in the first round by Jasper. They were also playing in a class division higher than this year. As a 5A program last year, they finished the year with a 5-6 record, which is much different than this year.

Right now Madison Academy is 10-0 on the season, and are hoping to keep that streak alive as they take on a 9-2 Northside this Friday.

"I don't feel any pressure," said senior quarterback, Avery Seaton. "In the game, it's about playing the game you love with the people that you love."

Now that the Mustangs are back to class 4A, they are focusing on one thing. Being more physical than the other team is something Madison Academy Head Coach Bob Godsey has nailed into his players heads since the start of the season, but now that saying is more important than ever.

"The biggest thing we've talked about is being tough. To win a State championship is difficult, it's long and it's a lot about who still wants to play, as opposed to who is still playing. I think we still have that fire and that desire," said Coach Godsey.

Here is the updated @AHSAAUpdates 4A Football Playoff Bracket with all 2nd Round matchups!

This year's team has worked it's way into the No. 2 spot in Class 4A. Many Mustangs fans have a lot of faith in this year's team making it to the end. The last time Madison Academy won a blue map was in 2014. But even though it is Godsey's second year as Head Coach, he and his team agree that this team has what it takes to go all the way. Something that drives the team even more is senior leader, Seaton who is making the most of every game they get to play.

"It's flown by so fast, but finishing off the season for a state run with the people I love? I can cherish that forever," Seaton added.

The undefeated Mustangs will host Northside (9-2) this Friday at 7pm.