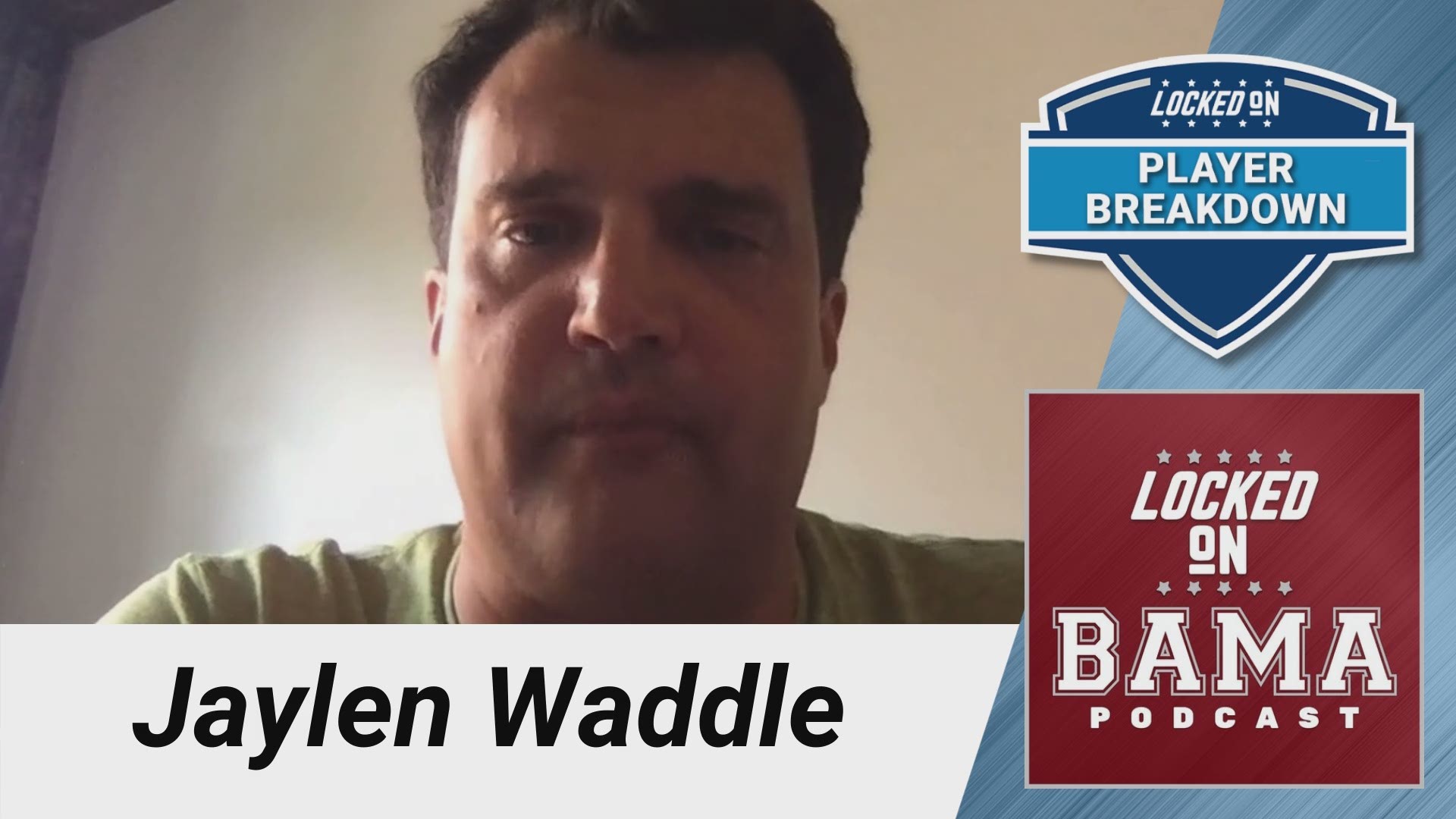 CLEVELAND — Alabama football had a school-record six players selected in the first round of the 2021 NFL Draft on Thursday night in Cleveland, Ohio.

Six get drafted on night one, tied for the most first-round picks ever. https://t.co/i7bbd7ZnMv#NFLDraft x #RollTide pic.twitter.com/39nxq8bH9k

A big-play threat all three seasons with the Crimson Tide, Waddle leaves the Capstone owning three of the top-five longest scoring receptions in program history while averaging 18.9 yards per catch during his tenure to rank second on Alabama's career list (minimum 100 catches). He finished with 106 receptions for 1,999 yads and 17 touchdowns while adding four rushing attempts for 17 yards. He also sits atop the Crimson Tide's career list for punt return average at 19.3 yards per return, which is an impressive six yards better than second place on the list. During his abbreviated junior season, Waddle converted a first down or a scored on 22 of his 28 catches, while combining for 655 all-purpose yards (109.2 avg/g). He also averaged 21.1 yards per catch, racking up 591 yards receiving on 28 catches. Before his injury midseason at Tennessee, Waddle eclipsed the 100-yard receiving marker in each of the Tide's first four games. He returned to the field for a gritty performance in the CFP National Championship Game, catching three passes for 34 yards and converting two key first downs in the game.

The 2020 SEC Defensive Player of the Year, Surtain II played in all 41 games during his time at Alabama, earning 38 straight starts. In his junior season, he allowed just 25 yards receiving or fewer in 10 of his 13 games and was targeted a combined 48 times all season, allowing only 21 completions for 273 total yards. He broke up a team-high 12 passes and totaled 38 tackles, including 3.5 for loss (-11 yards), and added two quarterback hurries, a fumble recovery and a pick-six from 25 yards out on his way to earning All-SEC First Team recognition. In the Rose Bowl, Surtain II made three tackles, including half a stop for loss (-2 yard) while breaking up one pass en route to being named the 2020 Rose Bowl Defensive Most Valuable Player. He rounded out his college career with unanimous first team All-America honors after nods from the AFCA, AP, FWAA, The Sporting News and Walter Camp, while he was named a finalist for the Bednarik and Thorpe Awards and the Lott and Nagurski Trophies.

Perhaps the most decorated player in Alabama history, Smith broke numerous program and SEC records to rake in a host of awards - Heisman Trophy, Biletnikoff Award, Paul Hornung Award, SEC Offensive Player of the Year, five national player of the year and unanimous first team All-America honors. Smith is the only receiver in SEC history to record multiple career games with four or more receiving touchdowns, while also holding the league record in career receiving touchdowns (46) and career receiving yards (3,965). Smith recorded five 200-plus yard receiving performances in his four seasons, the most in UA history, and added 14 100-plus yard receiving performances, tying Amari Cooper (2012-14) for the program lead. Last season, he led the nation in receptions (117), receiving touchdowns (23) and receiving yards (1,856), while ranking second in Division I in receptions per game (9.0) and receiving yards per game (142.8). Smith converted 85 of his receptions into a first down or a touchdown and added 11 punt returns for 237 yards and one touchdown to his memorable season. He wrapped up his playing time at UA as a two-time team captain and played in 54 games with 34 starts, totaling nearly 4,000 receiving yards to go with 46 touchdown catches.

After waiting his turn for three seasons, Jones took over the starting quarterback role in 2020 and produced one of the most prolific passing seasons in NCAA history. He completed an NCAA single-season record 77.4 percent (311-402) of his passes and accumulated 4,500 passing yards to set the UA single-season mark while leading all Division I quarterbacks in that category. Jones finished his redshirt junior season with a 201.1 passer rating and a 96.1 QBR to lead all Division I passers as he guided the Crimson Tide to an NCAA-best 18th national championship. His standout season was capped off by winning the Davey O'Brien, Johnny Unitas Golden Arm and Manning awards while also picking up consensus first team All-America accolades. Jones was also selected as one of four Heisman Trophy finalists, earned SEC Scholar-Athlete of the Year recognition and was named an All-SEC First Team honoree in 2020.

Leatherwood returned to the Capstone for his senior season, rounding out his career with 48 total games and 41 straight starts. Pegged as a unanimous first team All-America selection, Leatherwood helped the offensive line capture the 2020 Joe Moore Award from his left tackle spot and took home the Outland Trophy for himself. He averaged an overall blocking grade of 91.5 and graded out at 99.7 on all assignments, according to the Alabama coaching staff. Through 459 drop backs, the Crimson Tide's offensive front surrendered just 11 sacks while quarterback Mac Jones was on the field (.85 sacks per game) to rank eighth in the nation and had just 19 sacks on the season overall (1.46 sacks per game). The 2020 All-SEC First Team choice played 832 snaps last fall, allowing just two sacks, missing three assignments and committing five penalties. He also surrendered just three quarterback hurries and four pressures on his way to being named as the co-recipient of the SEC's Jacobs Blocking Trophy, joining Landon Dickerson as the winners.

Harris rewrote the Alabama record books in 2020 after turning in one of the most impressive seasons in program history. He broke the Crimson Tide records for total touchdowns (57), rushing touchdowns (46) and rushing yards (3,843) and accumulated 4,624 all-purpose yards to rank second all-time in program history. In 2020, Harris led the nation in total touchdowns (30), rushing touchdowns (26) and scoring (180), while pacing the SEC and finishing third in Division I in rushing yards (1,466). Harris added 43 receptions - 425 yards and four touchdowns - to his senior totals on his way to being named the Doak Walker Award recipient. Harris was also tabbed as a unanimous first team All-American along with earning All-SEC First Team and SEC Community Service Team honors. He played in 55 career games with 25 starts, all of which came during his junior and senior seasons at UA.