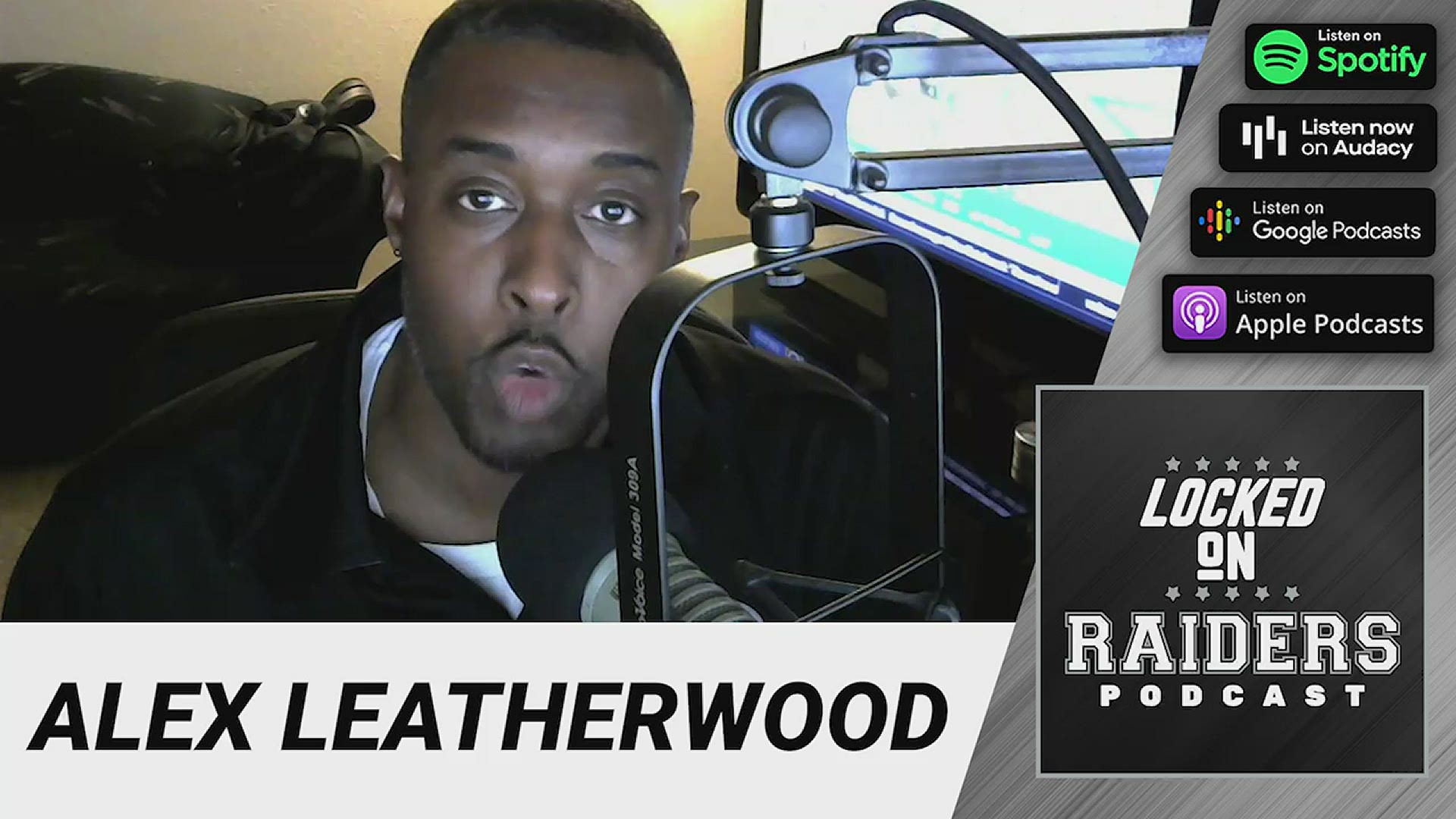 LAS VEGAS — The Las Vegas Raiders drafted Alabama offensive lineman Alex Leatherwood with the 17th pick as they look to rebuild an offensive line that the team dismantled at the start of the league year.

The addition of Leatherwood on Thursday night gives coach Jon Gruden a possible starter at right tackle to replace Trent Brown, who was traded to New England last month for a 2022 draft pick. The Raiders also dealt away two more expensive veterans for mid-round draft picks by trading center Rodney Hudson and right guard Gabe Jackson as the team aimed to get younger and cheaper on the line.

Fun fact about the Raiders' No. 17 pick Alex Leatherwood:

He's a "meme connoisseur" with over 1,000 memes saved on his phone 😆 #NFLDraft pic.twitter.com/OtpR8zqfTM

Leatherwood was not projected by many to be a first-round player but the Raiders have often targeted lower-ranked players in recent years. Leatherwood has started 41 games the past three seasons at both right guard and left tackle.

Despite spending the most money in the NFL on the offensive line in 2020, the Raiders didn’t get that level of production as they struggled in run blocking. Las Vegas has had one of the better pass blocking lines for most of quarterback Derek Carr’s career and hope the new additions can maintain that.

With the No. 17 overall pick in the 2021 @NFLDraft, the @Raiders select OL Alex Leatherwood!

Gruden opted to bolster the line in the first round instead of a defense that ranked last in the NFL in points allowed (28.4 per game) and second worst in yards per play allowed (6.05) in three years under Gruden.

Las Vegas fired coordinator Paul Guenther in December and have hired Gus Bradley to take over. The Raiders added pass rusher Yannick Ngakoue in free agency and are hoping for growth from a young secondary that includes recent high draft picks Damon Arnette and Trayvon Mullen at cornerback and Johnathan Abram at safety.

The Raiders also have pick 48 in the second round and picks 79 and 80 in the third round on Friday, along with four more picks on Saturday. They will likely look to address the defense with those picks.