Hundreds of students from all corners of the country are in Huntsville, competing in NASA's Student Launch Competition. 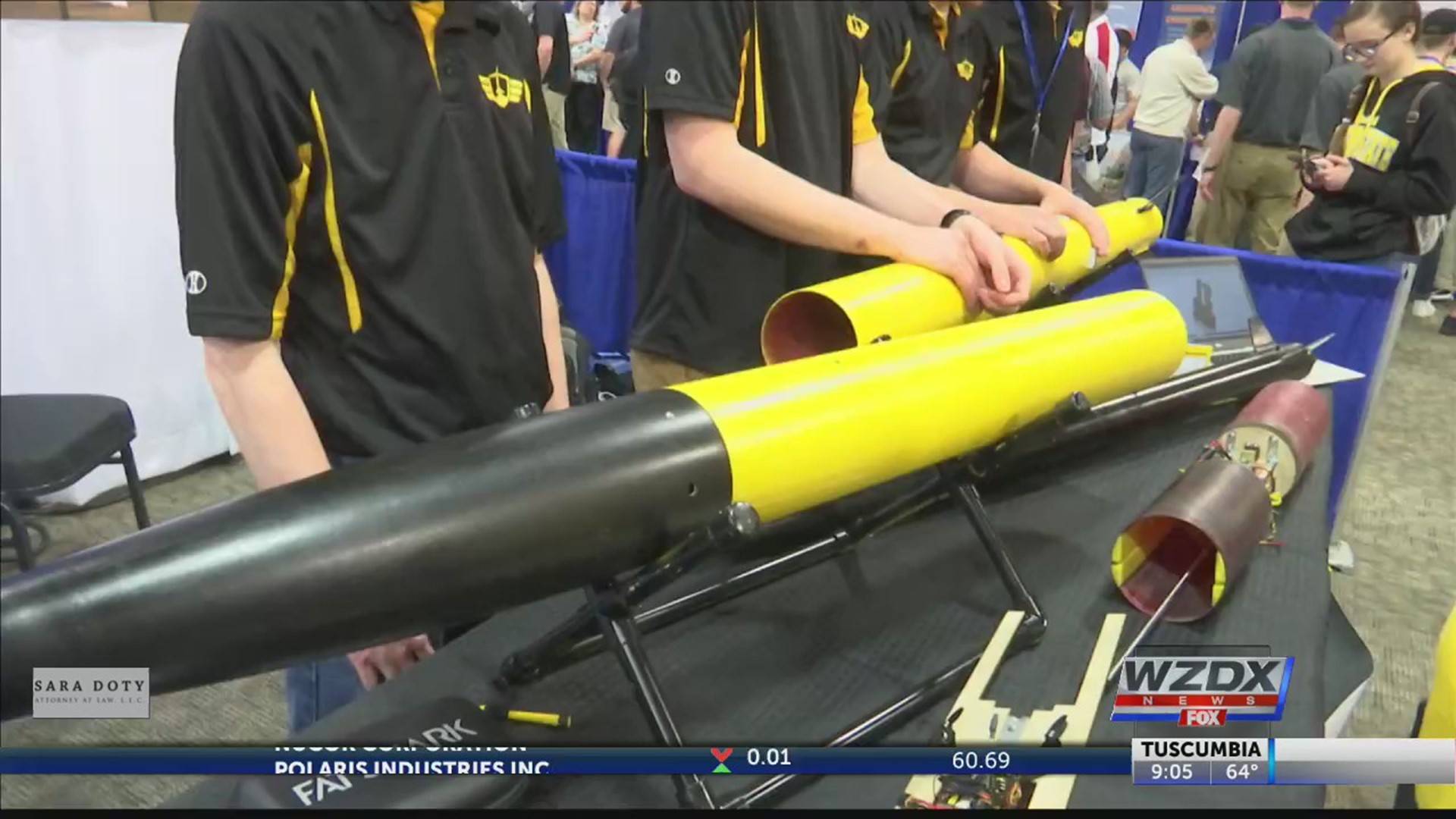 Hundreds of students from all corners of the country are in Huntsville, competing in NASA’s Student Launch Competition.

Fifty years ago Huntsville played a major role in sending humans to the moon. Apollo 11’s F1 engines, like this one, on the Saturn five was made right here in North Alabama. This weekend students are preparing to launch rockets of their own.

Students from 20 different states have come to the Rocket City to launch rockets they have spent months designing and building.

“You walk around and you can see all the different designs people have done and everyone has their unique approach of how they solve the problems, and we think we have a pretty good design. We went about it, in a unique way, that not many other people did,” said Auburn student Will Green.

Each rocket is designed to fly at an altitude of more than 5,000 feet, while carrying a student-built payload.  Saturday their rockets and payloads will be put to the test.

“We’ve been hitting a little bit lower in our test flights, but we’re also using extra balance to compensate for the weight of our payload. So we have a little bit of wiggle room to play with and we are planning to hit 5,350 feet,” said Matilda Carne a student from Madison, Wisconsin.

“Just last week the Vice President visited Huntsville and said in five years we are going back to the moon. So all the students today have a chance to be working towards that goal,” said Katie Wallace with NASA’s Student Launch competition.

“Considering applying to an engineering school and going into engineering as a career, especially at NASA it’s kind of my dream now,” explained Carne.

Teams conclude their week with an awards ceremony, at the U.S. Space & Rocket Center’s Davidson Center.