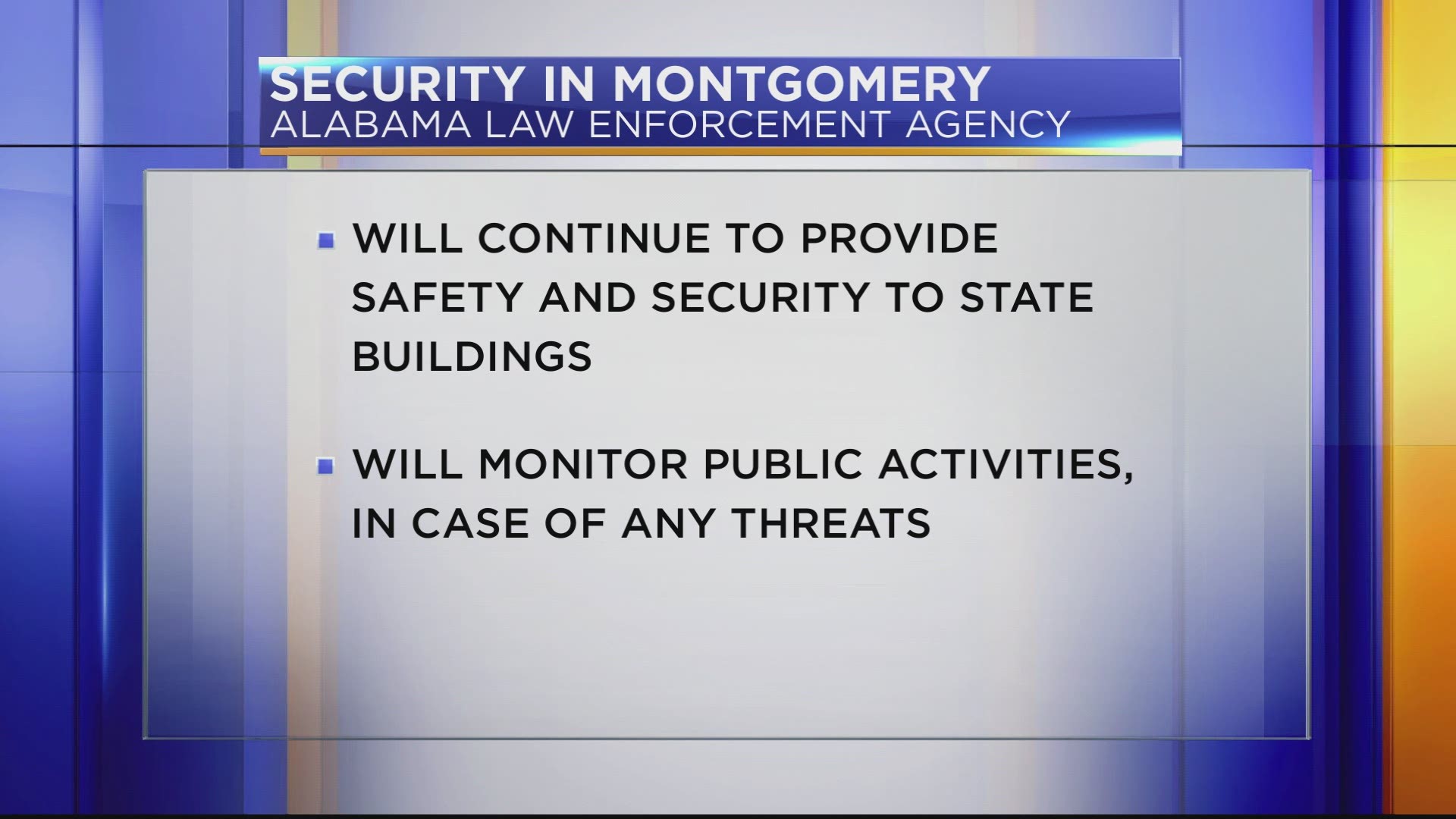 MONTGOMERY, Ala — The Alabama Law Enforcement Agency released a statement regarding state Capitol security following the siege of the U.S. Capitol that took place on January 6.

The statement reads as follows:

"The Alabama Law Enforcement Agency (ALEA) in conjunction with local law enforcement continue to work together to provide overall safety and security to all state buildings within the Capitol complex. ALEA also works closely with the Department of Finance who manages all operations of state buildings including the Capitol.

ALEA continues to monitor activity for public safety concerns and possible threats related to the ongoing protests across the nation.

ALEA recognizes that United States Citizens have constitutionally protected rights to assemble, speak, and petition the government. ALEA safeguards these first amendment rights, and reports on only those activities where the potential use of rhetoric and/or propaganda could be used to carry out acts of violence. Additionally, potential criminality exhibited by certain members of a group does not negate the constitutional rights of the group itself or its law-abiding participants to exercise their individual liberties under the First Amendment to the United States Constitution.

*Alabama’s state Capitol is closed currently out of an abundance of caution during the COVID-19 pandemic."

RELATED: Athens man one of four who died during siege of U.S. Capitol, according to AP