Extreme heat and lack of rain is causing problems for farmers across Alabama and right here in the valley, and forecasts show the drought could continue. 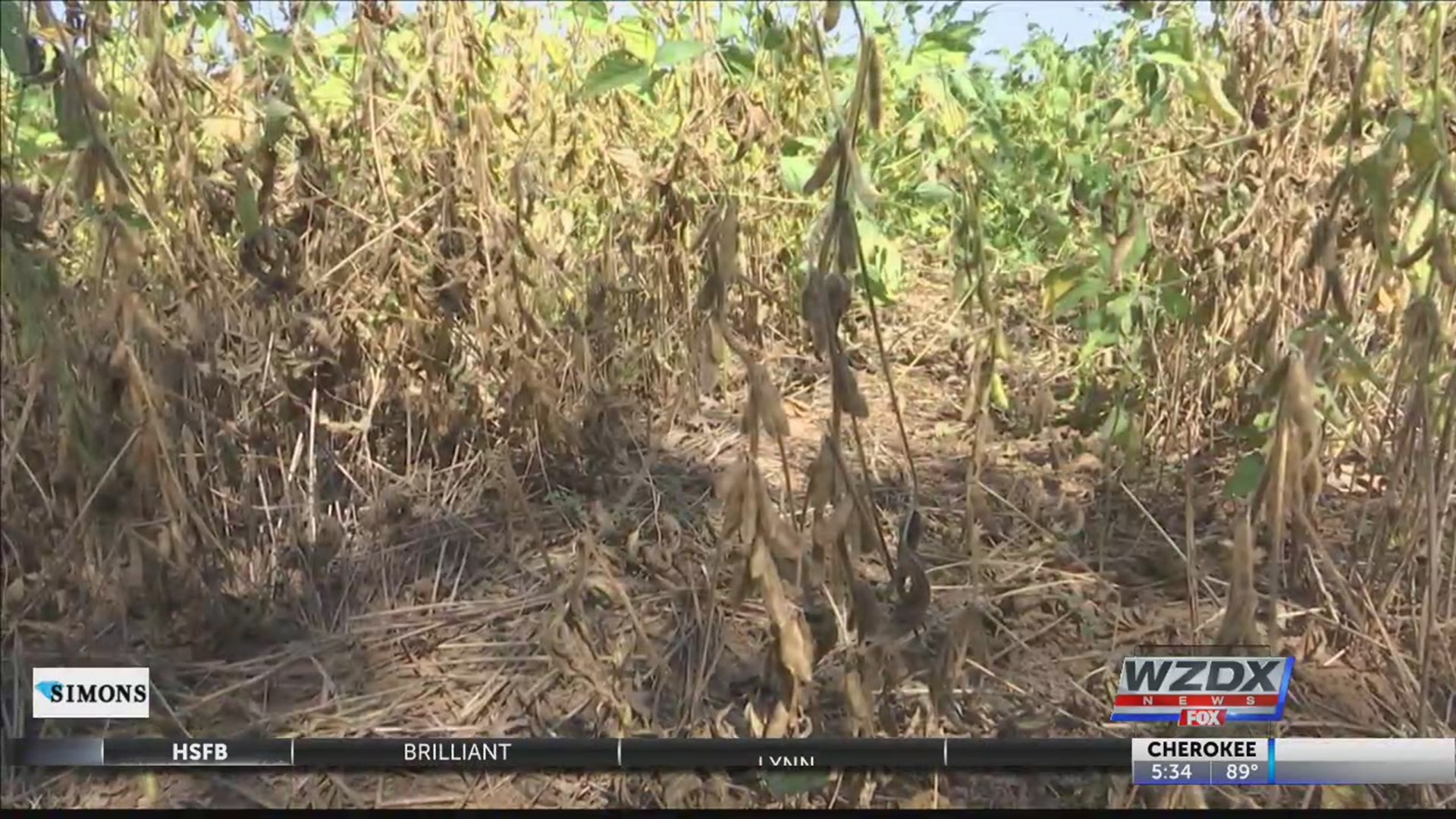 Extreme heat and lack of rain is causing problems for farmers across Alabama and right here in the valley, and forecasts show the drought could continue.

Drive along Moores Mill Road in Meridianville, take a close look, and you can see it — dried up soybean plants.

“Soybeans are starting to lose their leaves and drop their leaves now, and it’s a couple of weeks early,” said Stewart McGill, Managing partner at Tate Farms. “And that’s mainly due to the drought and the excessive heat we’ve had over the last few weeks.”

McGill says the dry spell has sped up the maturity cycle of the soybean plant.

“That’s not saying that some of the beans won’t be good, but we’ve lost 2 to 3 weeks of our growing cycle,” he said. “That affects the end yield. It affects the profit per acre that we’re able to get. With the tariff situation, coupled with some of our top end yield being lost to our soybeans, it puts a real strain on a soybean grower in Madison County, Jackson County, Limestone County, and the neighboring counties.”

Whether or not it rains soon, McGill says it won’t make much difference for the soybean plants.

“They’re starting to shut down, and the plants are done in layman’s terms, and they won’t be able to go into a reproductive cycle anymore,” he explained.

The latest drought monitor shows areas across North Alabama are abnormally dry. Conditions are a little worse in Marshall and Jackson County, where parts of those counties are in a moderate drought.

According to the Alabama Farmer’s Federation, the drought continuing doesn’t pose a great threat to crops like corn, cotton, and soybeans because they’ve already reached their maturity level.