After a nationwide search, officials at the University of North Alabama, introduced Dr. Josh Looney, the school's new Athletic Director to the Lions' family. 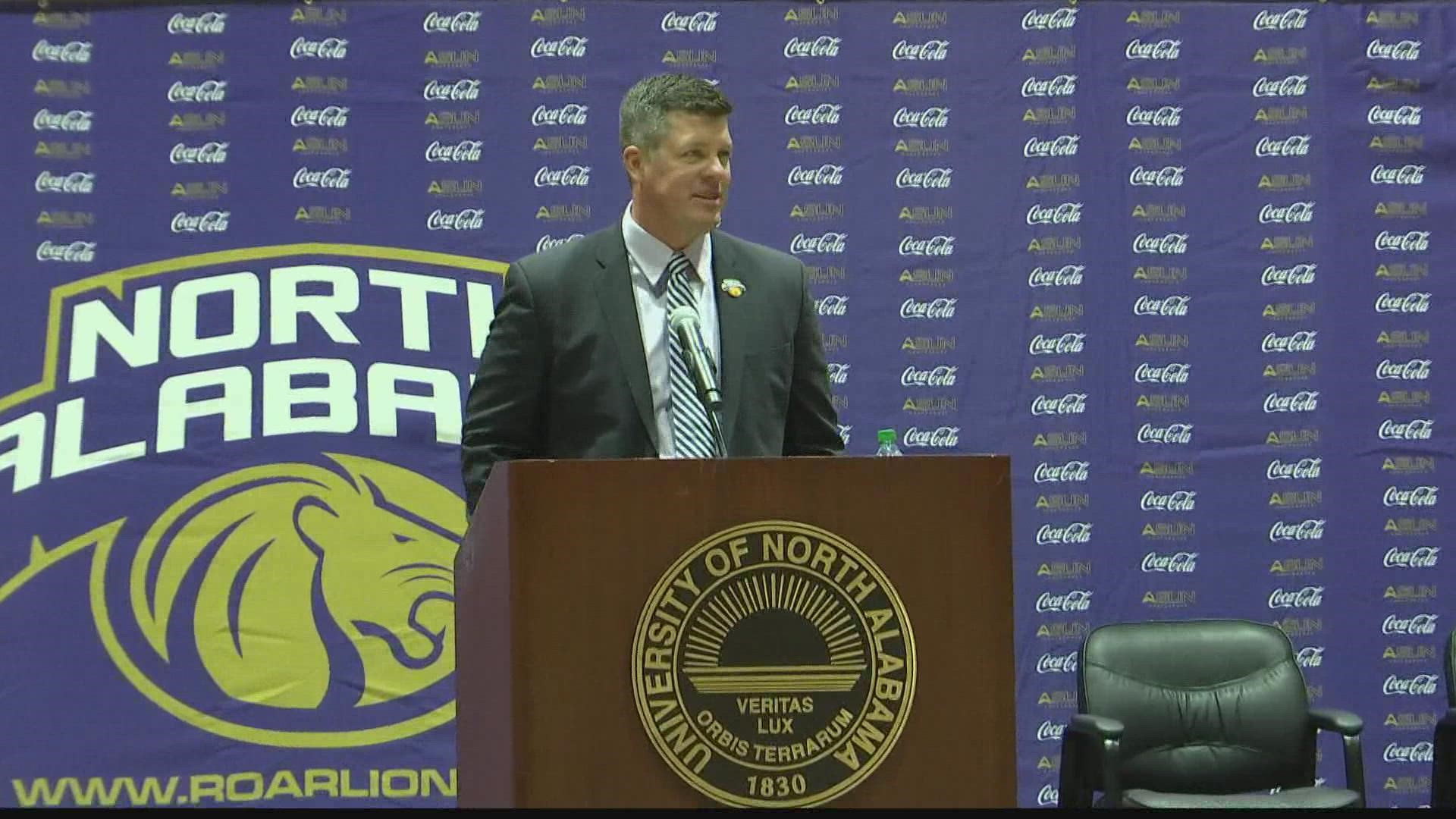 FLORENCE, Ala. — After a nationwide search, officials at the University of North Alabama have today announced that Dr. Joshua M. Looney, a seasoned veteran with experience in athletics at universities in Missouri and Pennsylvania as well as part of two professional sports franchises, will join the University of North Alabama Athletics Department as Athletic Director on Sept. 1.

"I am very pleased that Dr. Looney has accepted my invitation to become our next Director of Athletics at the University of North Alabama," said Dr. Ken Kitts, UNA's President. "He brings great experience and a wealth of knowledge to the position, and he shares our excitement about the opportunities ahead of us as we move toward full Division I status."

Looney, only the ninth Athletic Director at UNA since the establishment of that department in 1932, most recently served four years as the vice president and director of athletics at Missouri Western State University, in Saint Joseph, Missouri. His background is varied and diverse, covering the spectrum of Athletic Director responsibilities, from fundraising to athletics policy and governance to marketing and brand identity. Dr. Looney has served on the NCAA staff, and he has worked for two professional sports franchises, the NBA's Orlando Magic basketball and the NFL's Kansas City Chiefs.

"It is a great honor to join North Alabama during this exciting and transformational time in its storied athletics history. I am grateful to President Kitts, Provost Alexander, and the search committee for their confidence in me to steward the next chapter of UNA Athletics, and look forward to working with our student-athletes, coaches, staff, and faculty to produce results that will make The Shoals proud," said Dr. Looney. "Our athletics programs will be built on a foundation of investing in relationships with a relentless commitment to excellence in the classroom, in competition, and in the community. We will continue to respect and build upon the legacy of success at UNA and this incredible campus community. Roar Lions!"

"Dr. Looney emerged as an ideal candidate after a thorough and exhaustive search that involved extensive Zoom interviews as well as on-campus interviews," he said. "I envision Josh having an immediate and positive impact within Athletics, across campus, and in the community as fall athletic seasons will be underway as he begins his tenure at North Alabama."

UNA is an NCAA Division I institution that competes in 13 sports as a member of the ASUN Conference and in FCS football as a member of the Big South Conference. Kevin Haslam, Vice President of Advancement and Executive Director of the UNA Foundation has served as the interim Athletic Director since June 1 after the resignation of Mark Linder from the role of Athletic Director on May 30. Looney will be joined in Florence by his wife, Jenna, and their two daughters, Parker, 5, and Perry, 2.