Shoulder pads were added on the Gamecocks 3rd day of practice. 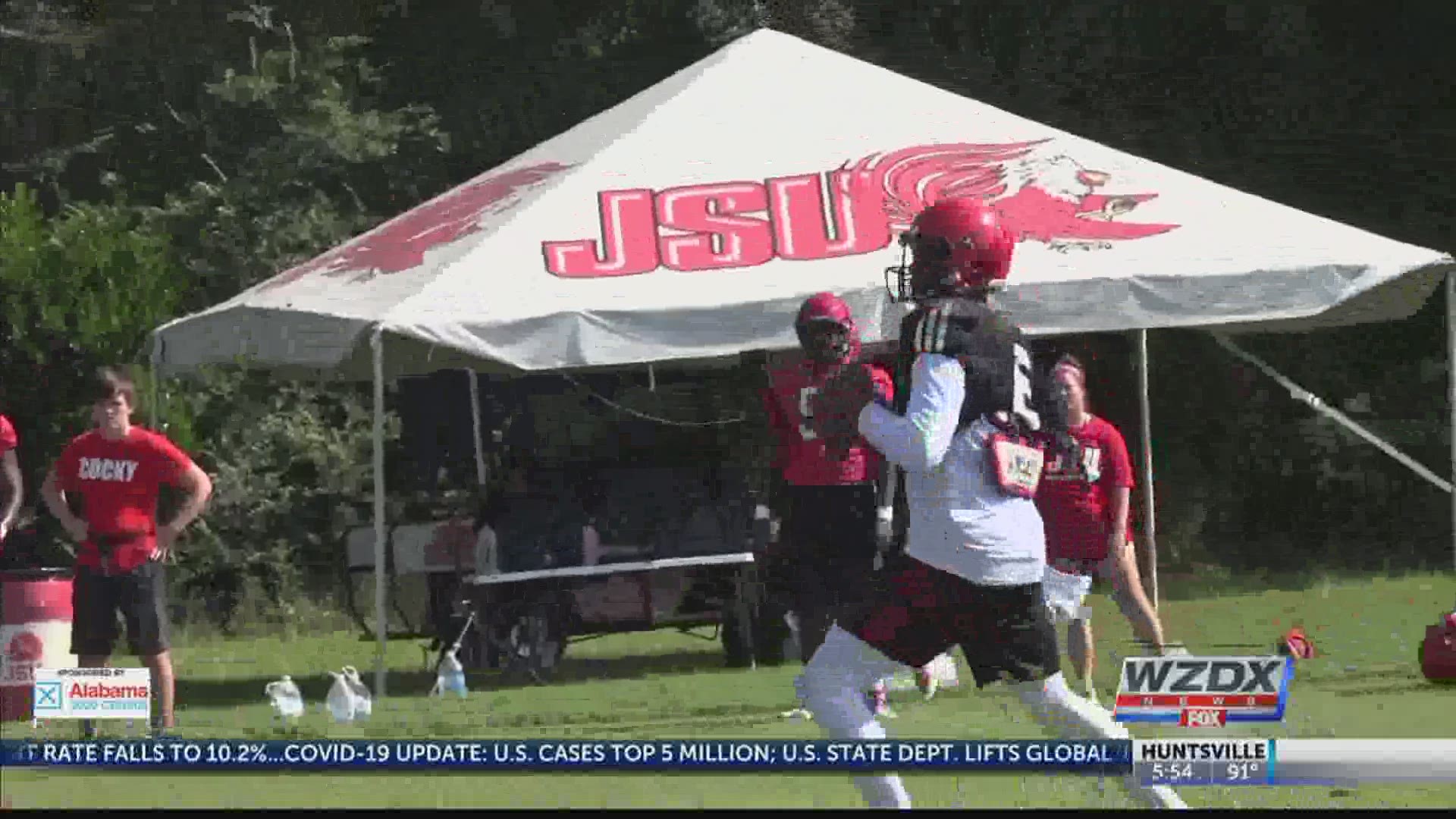 JACKSONVILLE, Ala. — The Jacksonville State football team suited up with shells for the first time Friday in the third practice of fall camp.

Head coach John Grass said he was happy to see his team in shells and was pleased with their morning session.

"I saw some good things today," Grass said. "It was a long day – a hard day. We did hit a wall, but we went a little further than we did the other two days. Hopefully we just keep progressing and going hard.

"It's good to get shells on. You can do a lot more in shells. You still want to stay up off the ground, but you can get some good blocking – a lot more than you can do in shorts. It's a little more conducive to how we play the game."

Friday's long practice comes following a short, one-hour practice on Thursday. Grass said the lighter practice the day before helped the team recover for a tough outing to close out the work week.

"It allowed us to have the practice we had today," Grass said. "We couldn't have done that if we'd gone long yesterday. Hopefully we'll build a tolerance with the short days and have better long days because of it. I thought recovery helped a lot."

As for injuries and tweaks, the head coach attributes the team's health to the new staggered schedule. His staff continues to focus on student-athlete health and recovery after spring practice was cut short and summer workouts were altered due to COVID-19.

"We're not having a lot of soft-tissue stuff," Grass said. "We're having some of that creep up, and that means you have to dial it back just a little to prevent those pulled hamstrings and pulled groins. Their body's tolerance just isn't there yet, so it is about recovery. We have to make sure we're gaining our weight back by eating right and staying hydrated. A lot of those issues are caused by dehydration, so we just have to get into a routine and do a good job of taking care of ourselves."

The group most effected by fall camp, as is expected each season, if the group of newcomers. For many Gamecocks, it's their first taste of practice at the collegiate level.

"It's 24/7 football right now," Grass said. "The team is still just trying to get used to it. I know some of the freshmen are in a little bit of a culture shock, but like I told them, camp is a few days shorter this year. We don't have but about 10 days of camp. After that, we'll be getting into school and getting ready to play a game."

JSU is set to have another short practice in shells Saturday morning before ratcheting up the intensity with full pads on Sunday.
"We're going to keep the same schedule going into the weekend," Grass said. "Our first day in pads will be Sunday, so we'll get out and knock around a little more then."

The Gamecocks are set to kick off the 2020 season Thursday, Sept. 3 against Florida International in Miami.