The Huntsville Havoc’s campaign for a third-straight President’s Cup begins October 9th with training camp opening at the Huntsville Ice Plex. All t... 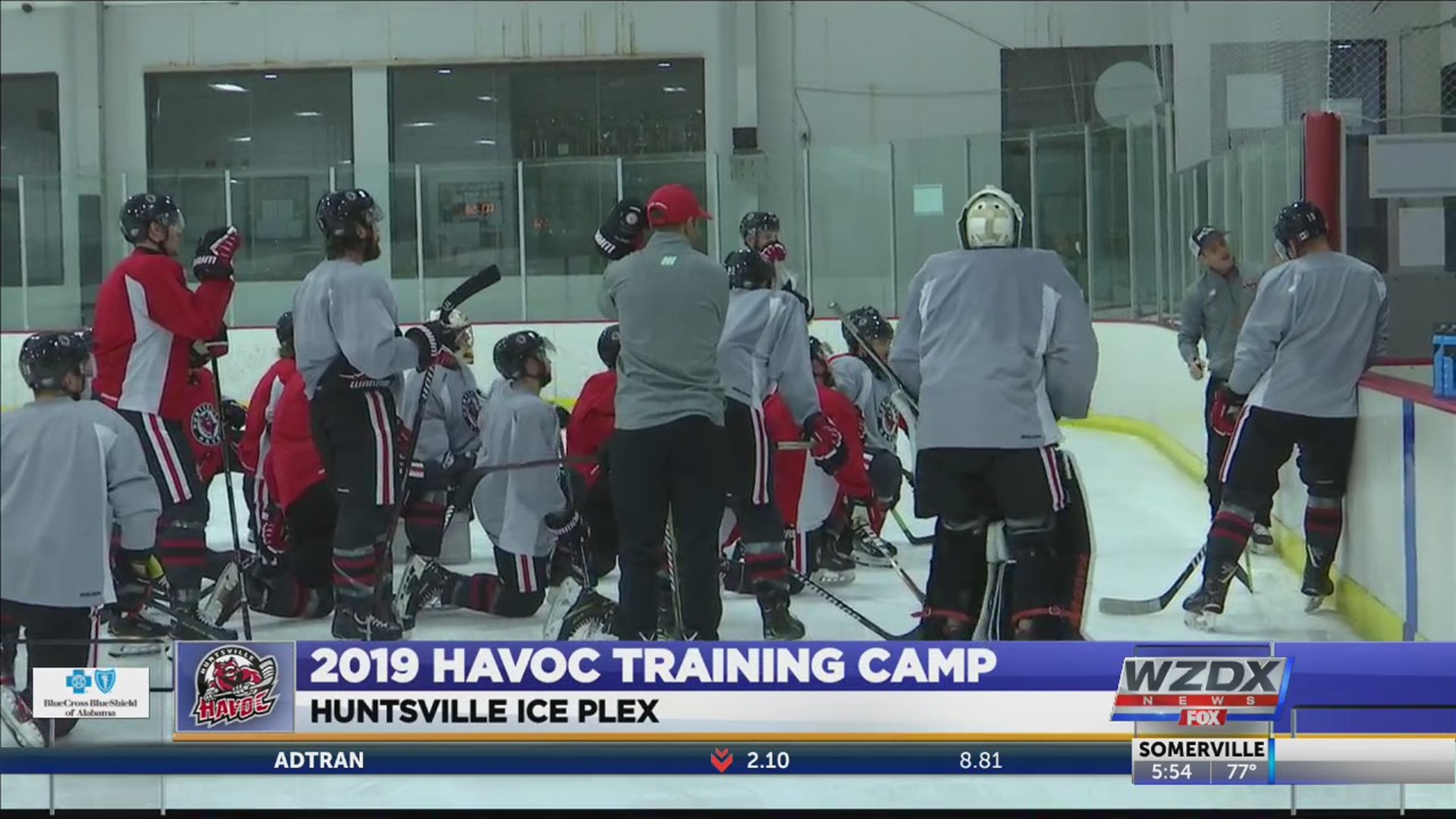 Head coach Glenn Detulleo re-signed 12 players from the team’s most recent championship season, and managed to coax a former Havoc player in Shawn Bates back to the States following a year in Canada.

The re-signed players are split as evenly as possible between offense and defense, with six forwards, five defensemen, and both goalies.

On offense, Tyler Piacentini, Sy Nutkevitch, Kyle Sharkey, Rob Darrar, Scott Trask and Bates are all set to return on the opening day of camp and will not be attending any ECHL training camps.

Defensively, Pat Condon, Peter Sikalis, Alec Brandrup, Nolan Kaiser and Saverio Posa will be back in the red and black.

While playoffs MVP Milosek headlines the group of players who have signed on for the 2019-20 campaign, he will open the fall in training camp with the ECHL’s Kalamazoo Wings. In fact, Milosek is just one of four on the Havoc’s training camp roster that will start the year in an ECHL camp. Condon (Orlando Solar Bears) and rookies Tanner Karty (Tulsa Oilers) and Garrison Sanipass (Kalamazoo) will each try for a spot on an ECHL roster before the SPHL training camp season opens.

With experience returning at every position, the coaching staff signed nine rookies to the training camp roster. Five rookie forwards, three defensemen and one goalie will be competing for limited final roster spots during camp.

Forwards Karty, Cory Anderson, and Garrison Sanipass graduated from Division III colleges this spring, while Chance Braid and C.J. Hayes come by way of the EIHL and FPHL, respectively.

On defense, Gino Mini will be the only rookie coming directly from college, as Greg Sauers, J.T. Walters and goalie Derek Moser each played in the FPHL in 2018-19.

The Havoc will honor the back-to-back President’s Cup winners by raising the championship banner at the first home game of the 2019-20 season on Friday, November 1. The first 2,000 fans receive a 2019 SPHL Champions replica ring and a 2019-20 calendar magnet. Single-game tickets go on sale October 1st at 10 a.m. at the Von Braun Center ticket box office and ticketmaster.com.