Five years ago, Wade Waldrop was sending all-state standout Logan Stenberg to the University of Kentucky. Now, he's excited about Stenberg's next stop: the NFL 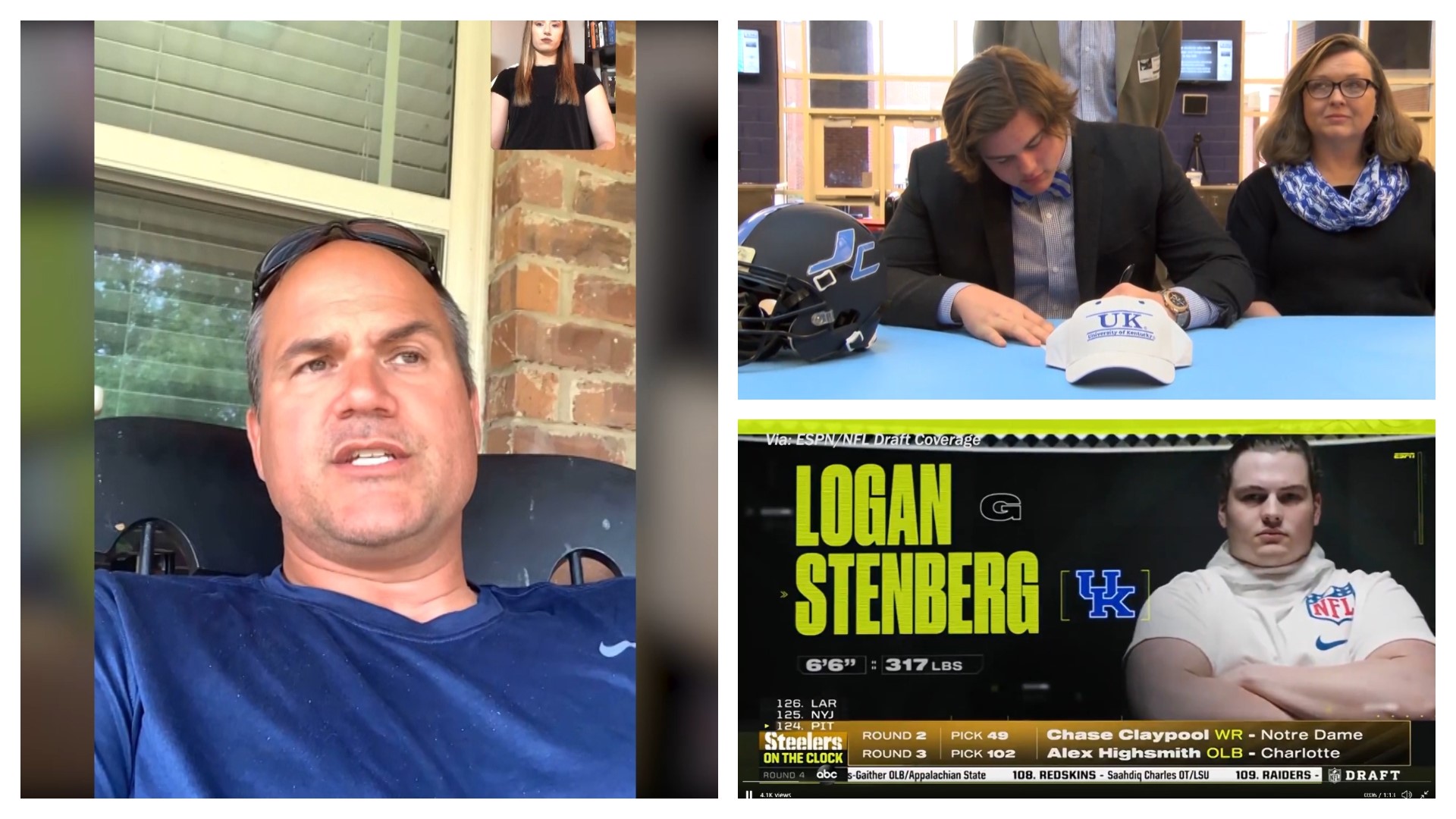 Five years ago, Wade Waldrop was doing what e does just about everyday at James Clemens High School. Fast forward to today and now the Jets head coach is reminiscing of his days working with a guy who was ready to make it big. That guy (Logan Stenberg) refers to himself as "Mr. Nasty" on the football field.

"I mean it's preached," says Wade Waldrop. "We want our linemen and offensive linemen to have an aggressive nature about them.'"

Being aggressive is just one skill required to use on the gridiron. That skill helped former James Clemens standout Logan Stenberg land a scholarship at the University of Kentucky. Now, he had a spot with the Detroit Lions.

"They want to finish a block. They're going at the beginning of the whistle and then their finishing at the echo of the whistle. And he's just been the biggest one and most physical one we've had that way."

Coach Waldrop didn't get a chance to Coach Logan All four years, but in their short time together, the Jets Coach says that the 6-foot-6 guard made quite the impression.

"Lots of personality, I mean a great kid. You know, teachers liked him, administrators liked him. He's fun to talk to when he comes back. But no aggressive issues off the field, it was all on the field."

Now the two get to look forward to a new chapter. One that will challenge Logan and also bring some light in Coach Waldrop's life.

"I'm sure those guys are going to go back and read anything that guy's ever said and I'm sure everything he's ever said or done. You know he's going to be checked on it, he'll be called out on it. I would love to be at those practices, those early practices where he'll be challenged by those professional athletes, and just seeing how that goes. I think it'll be really interesting."