Following one of the most successful seasons in program history, Coach Margaret Richards and her Lady Bulldogs are poised to make a run at a SWAC Title this season. 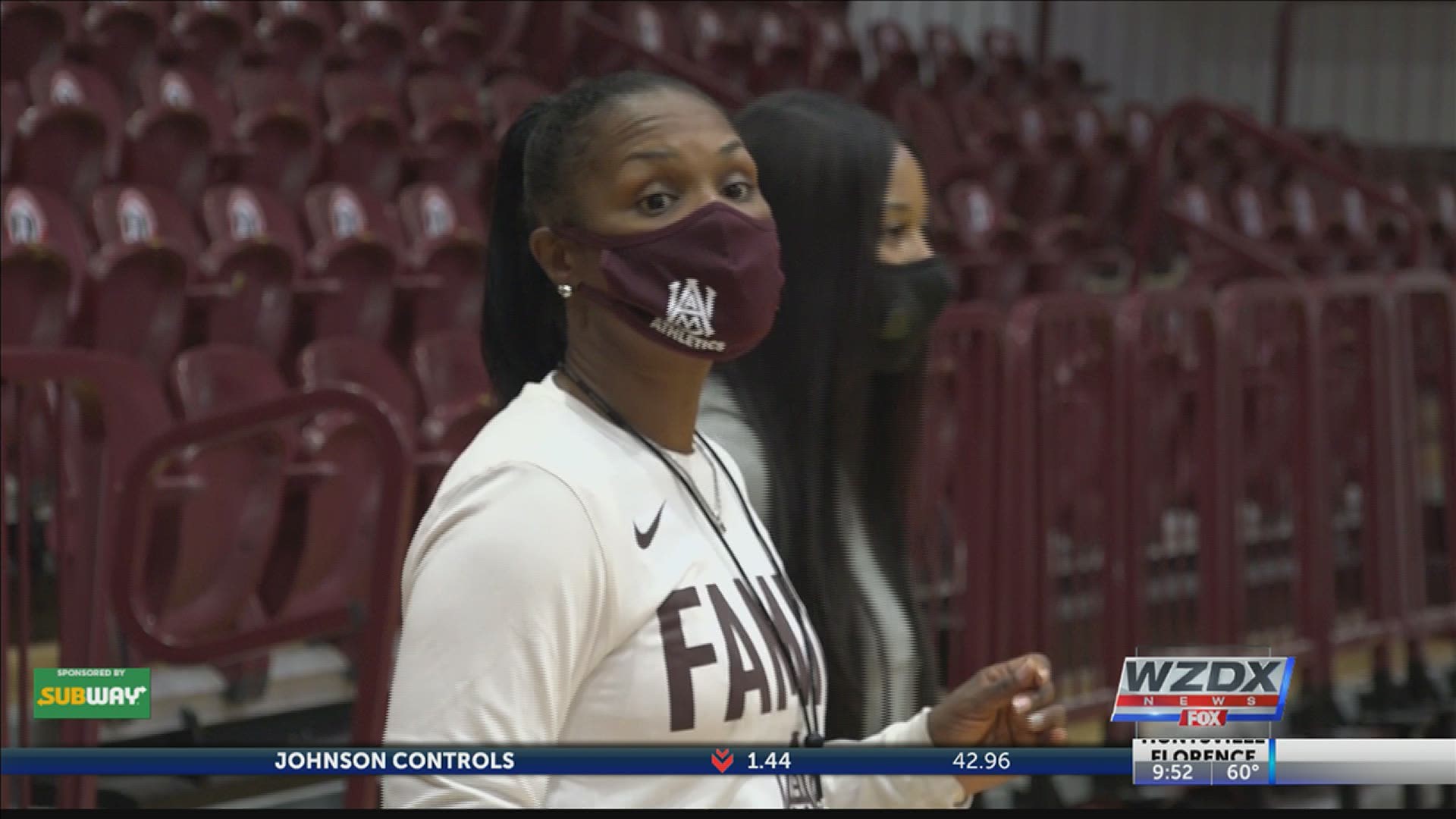 HUNTSVILLE, Alabama — As the 2020 high school and college football begins to wind down, we'll shift our focus to college basketball and a team that has championship aspirations is Alabama A&M.

When we last saw Coach Richards and her team, they had won 9 out of their last 11 games in the season and won convincing tourney game against Alcorn State at Elmore Gym.

The Lady Bulldogs were prepping for the SWAC Tourney semis when Covid-19 canceled all winter and spring sports.

During that time, Coach Richards and her team have used that late season magic as motivation as they prepare to compete for a SWAC crown.

"That is our number one motivation," says Coach Margaret Richards. "We have seen what it looks like to host at home. We were excited about that. I think that they understand now what its going to take to be bought in and do the little things while being disciplined enough to be able to compete for a championship."

Last season, A&M relied on the leadership of Jameica Cobb to lead the way. But she's graduated and moved on to the corporate world. Luckily, Cobb is the only player that Coach Richards and her staff lost from last season. The Lady Bulldogs still have a strong nucleus with all SWAC standout Dariauna Lewis along with Tierra Dark , Day-Day Harper ,and Nigeria Jones leading the way.

"As a group we we will have to fill her position and have a great effort to rebound more," says Nigeria Jones. "Especially from the guard side. and basically being more vocal as a leader."

"We know what everyone has to come together," says Dariauna Lewis. "Even the underclassmen, we need them just as much as they need us. everyone needs to work together as a team and we can get the job done."