HUNTSVILLE — Aqeel Glass did not have much space. Nor did the Alabama A&M quarterback need it. Glass fit a pass into a tight spot, connecting with Abdul-Fat... 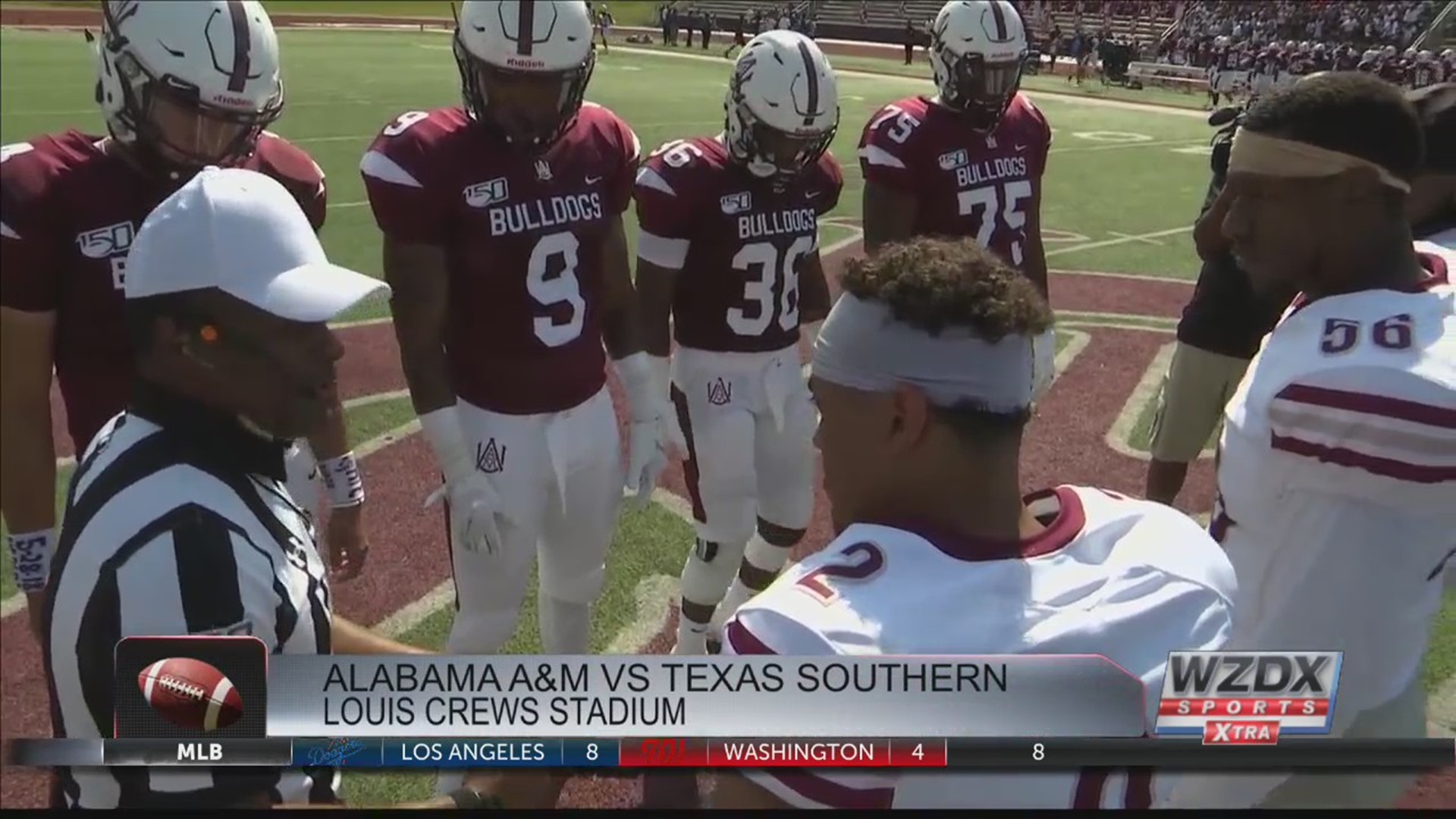 HUNTSVILLE — Aqeel Glass did not have much space.

Nor did the Alabama A&M quarterback need it.

Glass fit a pass into a tight spot, connecting with Abdul-Fatai Ibrahim for a touchdown that sent Alabama A&M past Texas Southern 35-28 in overtime Saturday afternoon for Southwestern Athletic Conference win.

“I don’t mind having pressure on my shoulders,” Glass said. “In a situation like that, with the game on the line, you want the ball, and I was fortunate enough to have coach call my number so I could help us get this win.”

After leading the majority of the game, Alabama A&M found itself trying to fend off a second-half Texas Southern comeback.

Alabama A&M drove into Texas Southern territory twice in the fourth quarter, but failed to get points on either trip.

“We did some things to shoot ourselves in the feet,” Alabama A&M coach Connell Maynor said. “In the second half, we were up by two scores, had the ball and was driving, but fumbled the ball and helped (Texas Southern) get back into the game.

“As a team, we’ve got to do a better job of finishing and putting games away. But at the same time, I’m proud of our team. These guys found a way to win.”

In overtime, Alabama A&M responded to the challenge.

With first down at the 12-yard line, Glass threw a strike to Ibrahim across the middle of the field in the end zone, sending the Alabama A&M sideline into a frenzy.

Jordan Bentley led Alabama A&M on the ground with 74 yards and a touchdown on 25 carries.

“Getting a win on homecoming is big,” Maynor said. “But what’s most important is this is a conference win. We control our destiny in the conference if we continue to win, and today we were able to get the job done.”

Alabama A&M travels to Grambling State next week for a non-conference game.