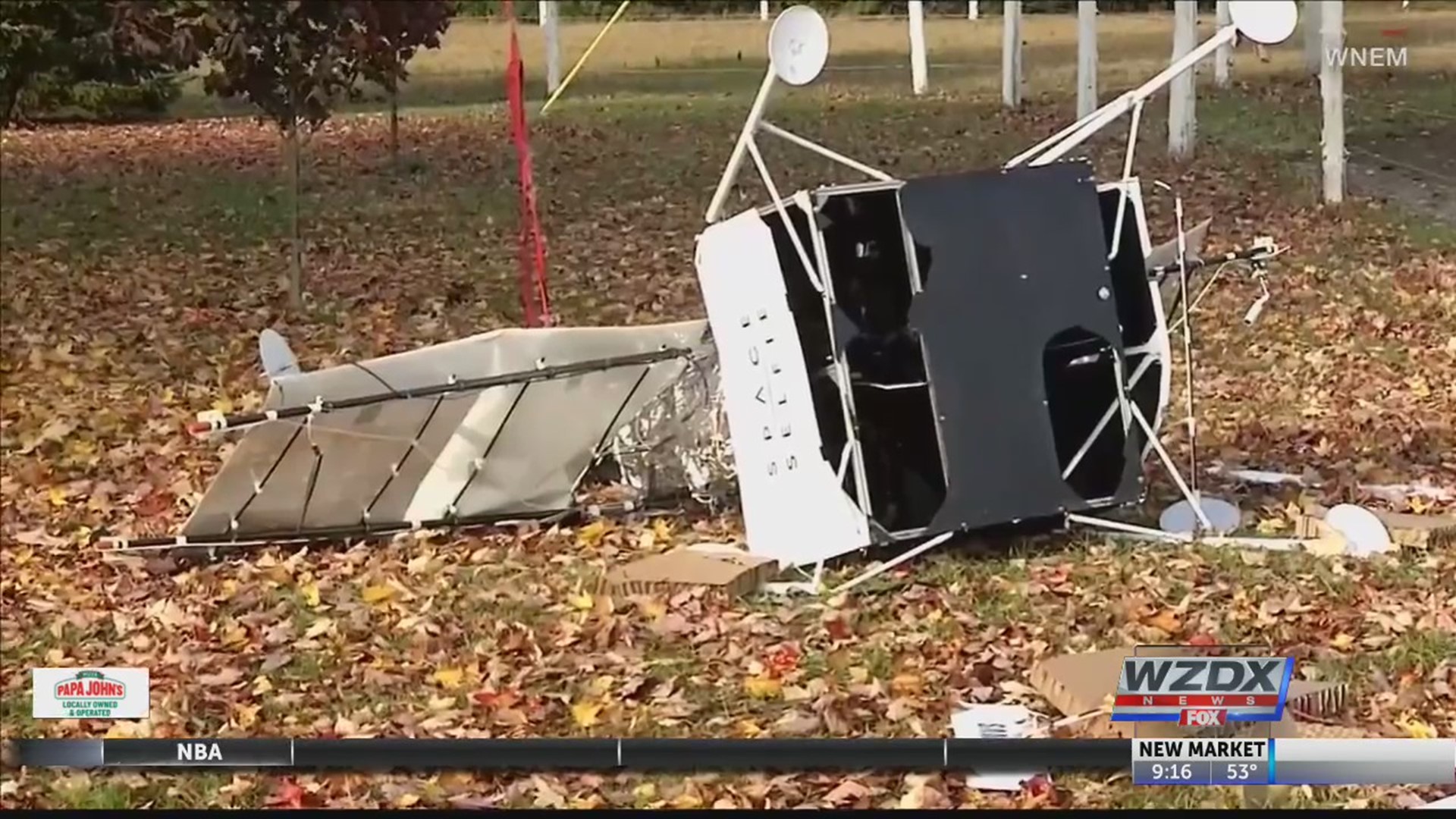 At first, it looks like a Halloween prank — a prop made to look like a crashed satellite.

But no, this actually is a crashed satellite on the front lawn of a Michigan home. The object is called the SpaceSelfie Balloon and is owned by Samsung Europe. The company says the device’s descent was planned but weather conditions forced an early landing. No injuries were reported.