Soldier mom shares about the challenges, sacrifices of military life

November is Military Family Appreciation Month, a time to recognize military families and honor them for the challenges and sacrifices that come with military l... 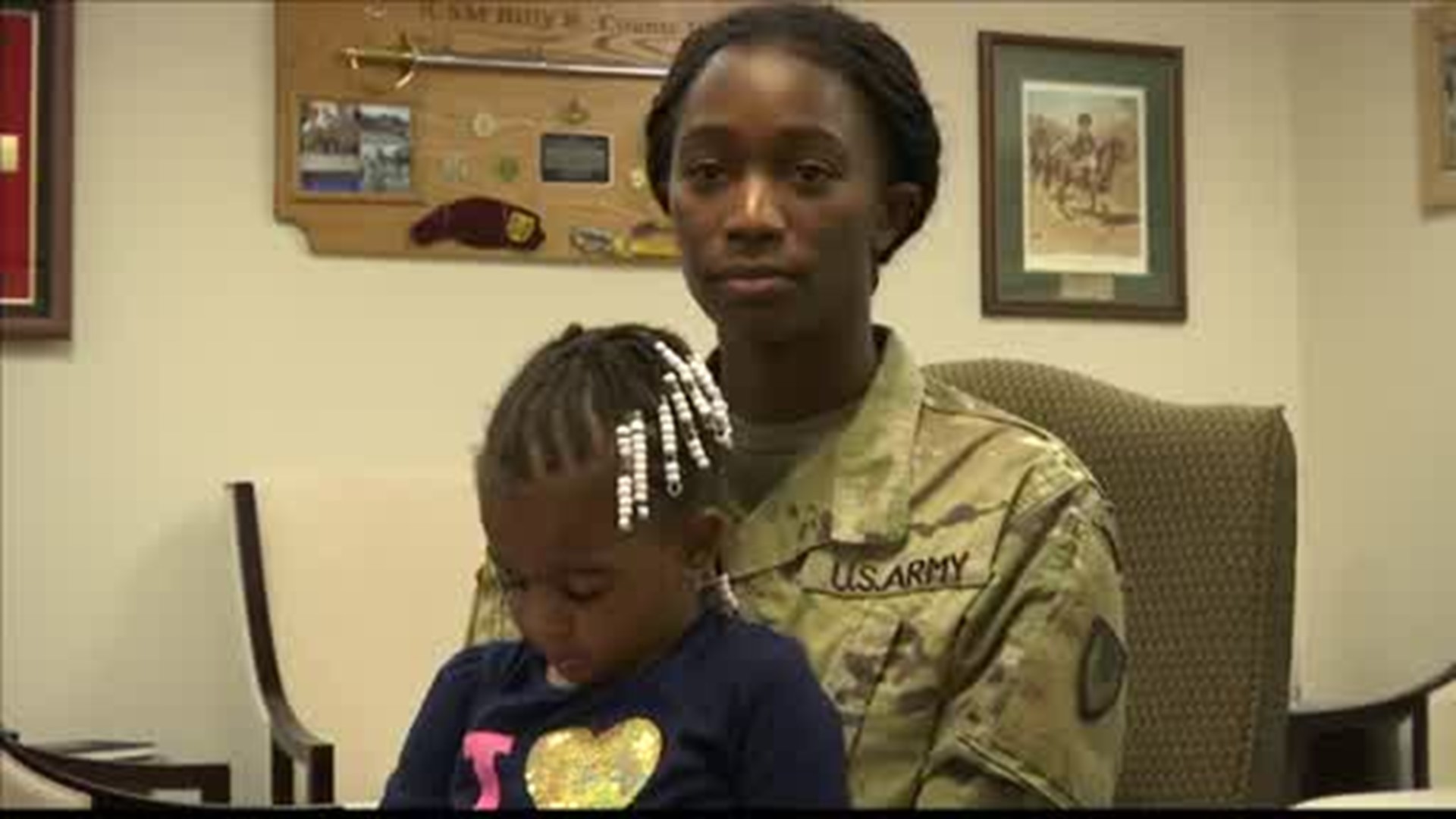 It was at a young age that Nickie Owens realized she wanted to help others — that was in 2005 after her family was hit by Hurricane Katrina.

“We didn’t have lights, food, hygiene resources for two weeks,” said SGT Owens, Religious Affairs NCO at Redstone Arsenal. “That’s when I had seen my first green suiters, the National Guard was there.”

Their help left a deep impression on her.

“It was always in my mind a lot– that soldier handing me the water, he had camouflage on,” she said. “I didn’t know who they were but just that they were there helping people out.”

Fast forward to today, where she now serves — in the Army in Religious Affairs at Redstone Arsenal.

“My role is maintaining the facility, making sure that the supplies for the religious services has the right accommodations to practice their traditions and culture,” said Owens.

She’s been working in Huntsville since March. Her Army service has led her to travel over 1600 miles over the last four years — her three year old daughter, Lailah, a part of her life that whole time.

“She’s been with me through the whole time of my army life,” said Owens.

When Lailah was two years old, Owens deployed to Kuwait for 9 months. Being apart for that long wasn’t easy.

“All the things that a mother would worry about, I was worried about it,” said Owens. “But my family supported me. They sent a lot of pictures. Facetiming — actually seeing her helped.”

It also took a lot of internal strength.

“It takes a lot of willpower because sometimes your motivation can decrease from being away from family,” she said. “So having that willpower can make you stronger.”

“When I have suitcases packed at the door, she knows we are fixing to travel for a long time, so she gets excited about that — to go home and see her grandparents and cousins,” said Owens. “Right now it’s positive, but within five years, it may change.”

“When you talk about the service and sacrifice, overall, our children really don’t get a vote in how life is going to turn out,” said Counts. “They’re often times forced to move, often times in the middle of a school year, they have to learn how to make new friends, they have to become resilient. If you have a strong relationship and strong commitment to your family, then you will endure and you will survive the challenges.”

Owens says she is glad to be serving and loves the daycare program at the child development center where Lailah goes. Additional interview clips to come.

Click here for another story of a military family whose story we recently shared. 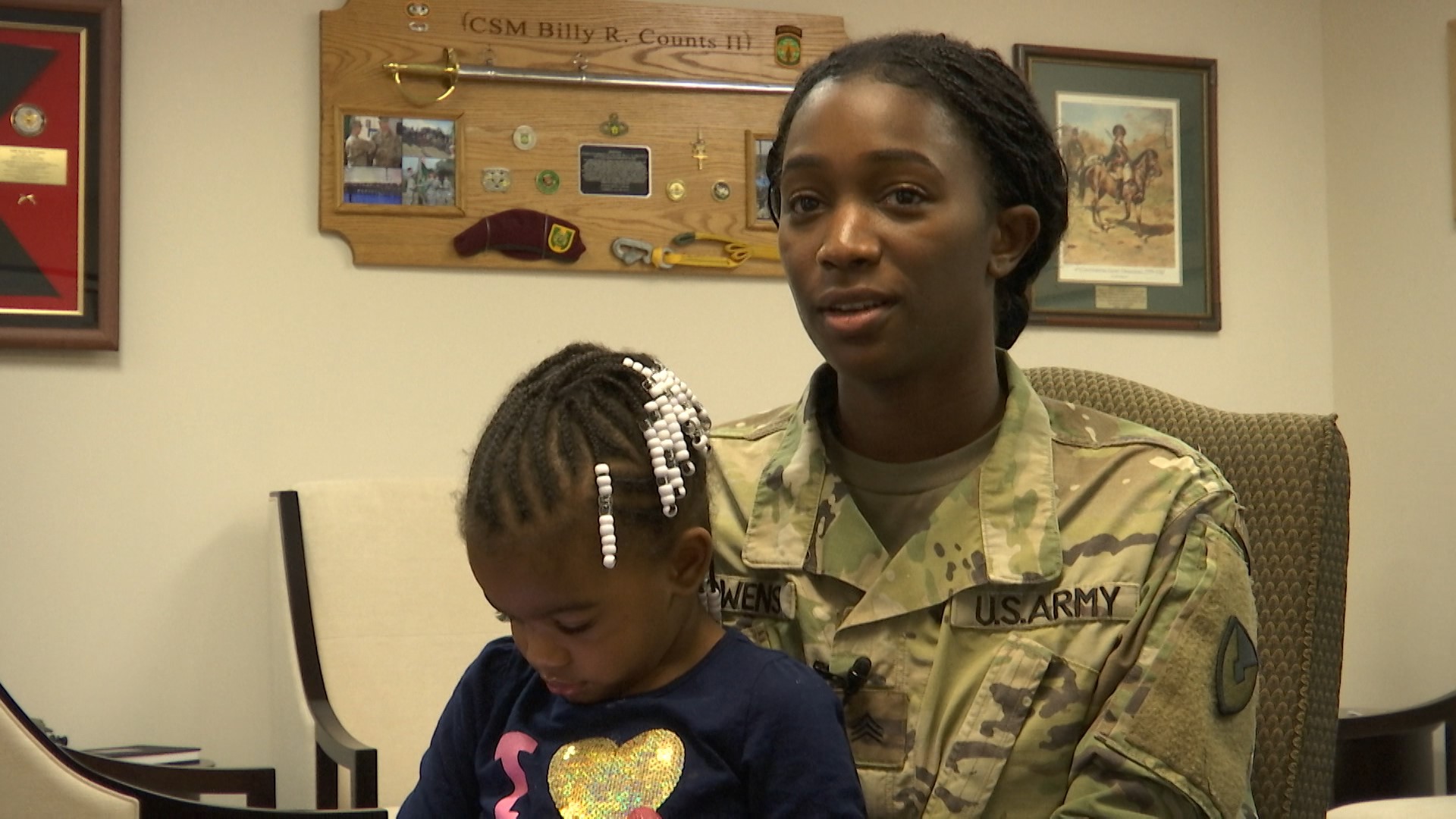