UAH Hockey needs to raise $1 million to bring program back

"It's my Alabama or Auburn football. It's a pretty big deal to me personally," said former UAH Hockey player Matt Parker. 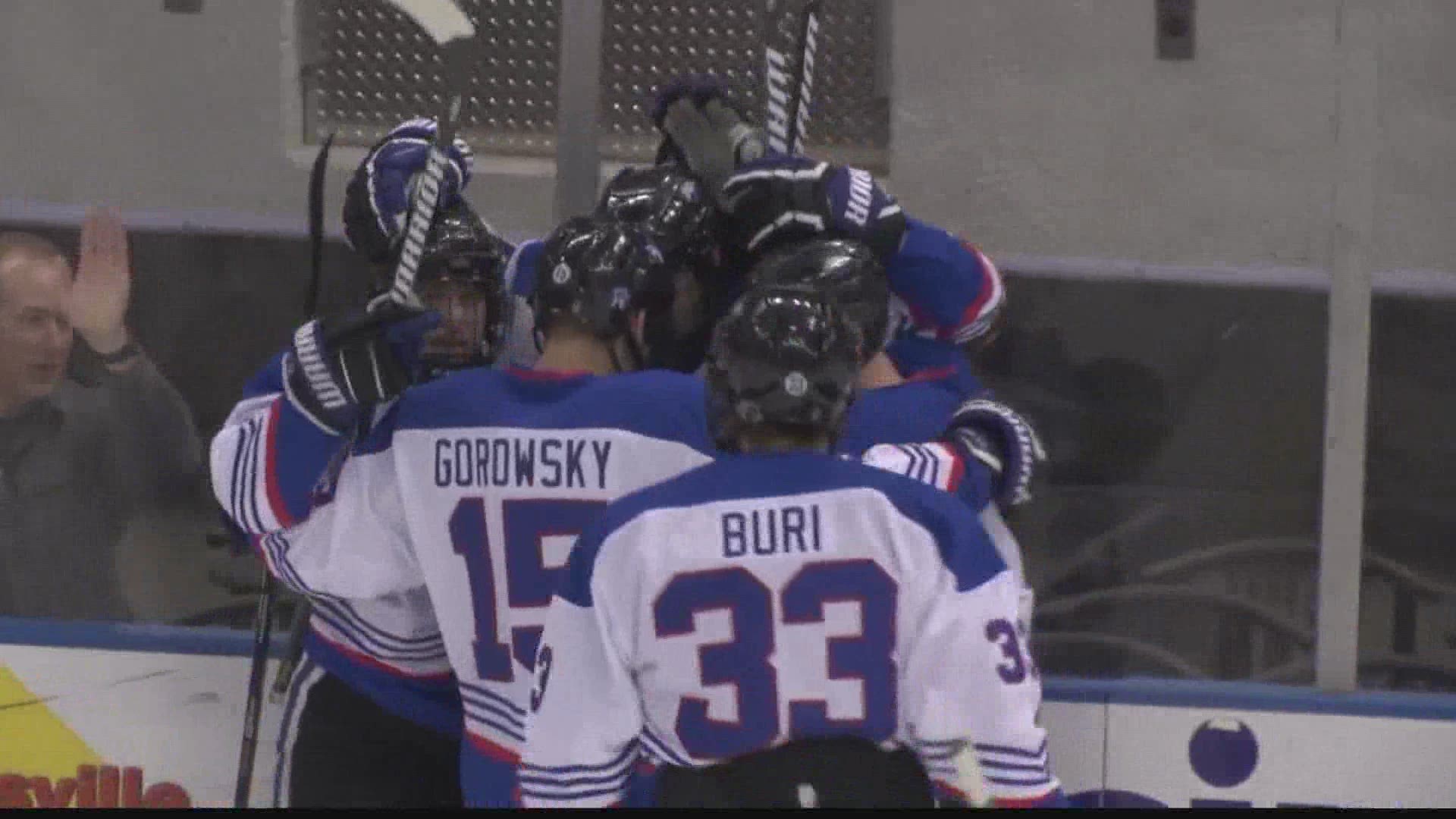 HUNTSVILLE, Ala — There's one thing that's undeniable about the hockey community: it's a family. When former UAH Hockey players got word on Friday that the university was discontinuing the hockey program, they knew they had to do something to try and save it.

"It's my Alabama or Auburn football. It's a pretty big deal to me personally," said former UAH Hockey player Matt Parker.

When you talk to former UAH Hockey players, it's evident how much the program has changed their lives.

"Having that experience here bringing the first National Championship to UAH, and seeing it done two years later and just how great it was for Huntsville, hockey and the community... It's just something we'll never forget. And we did it here in Huntsville." said Guzzo.

Tony and Matt not only played on the same team together but were roommates, best friends. Tony was Matt's best man in his wedding. So when you talk about the bond UAH builds:

"That's what its really all about for all of us alumni is, it's a family. For me UAH has provided for me everything I know. " said Parker.

And now that is being turned upside down, as Friday the university announced they were discontinuing the hockey program.

Former players said this decision came as a shock; which has brought about even more frustration in the way it was handled.

"There are some of our former teammates and alumni who are pretty big boosters and give a lot of money and I would assume that you would reach out to those people if it is a money issue. I know that that for sure did not take place, so that was a little disheartening and confusing." said Parker.

"I'm really frustrated, disappointed, upset. UAH hockey has been a huge part of my life. This is the second time we've had to deal with UAH being discontinued and without coming to us the alumni or anyone in the hockey family and saying, 'Hey, we may have a problem.' They didn't do any of that so it was tough." said Guzzo.

Like Tony said, this isn't the first time the program has been discontinued. The UAH program nearly folded back in 2011 when the interim president canceled the program. Two months later the decision was reversed when the newly hired president came in.

"The hockey family has proven before that we can support UAH hockey, and we can do it again and we're working to do that again." said Guzzo.

Former players, donors, and alumni are hard at work to try and save the program.

According to former players, a meeting was held on Monday between some top donors and the UAH administration. They said university officials told them if they're able to raise $1 million by Friday, they'll be able to continue the hockey program.

"We started a gofundme page last night. Within 4 hours last night we had already raised $50,000 so its off to a good start." said Guzzo.

WZDX reached out to the university for a statement, they said they acknowledge there's a gofundme going around and they will comment on it next week.