The National Response Team goes head first into dangerous situations where some of the time they don’t even know what the danger is. WZDX News suited up t... 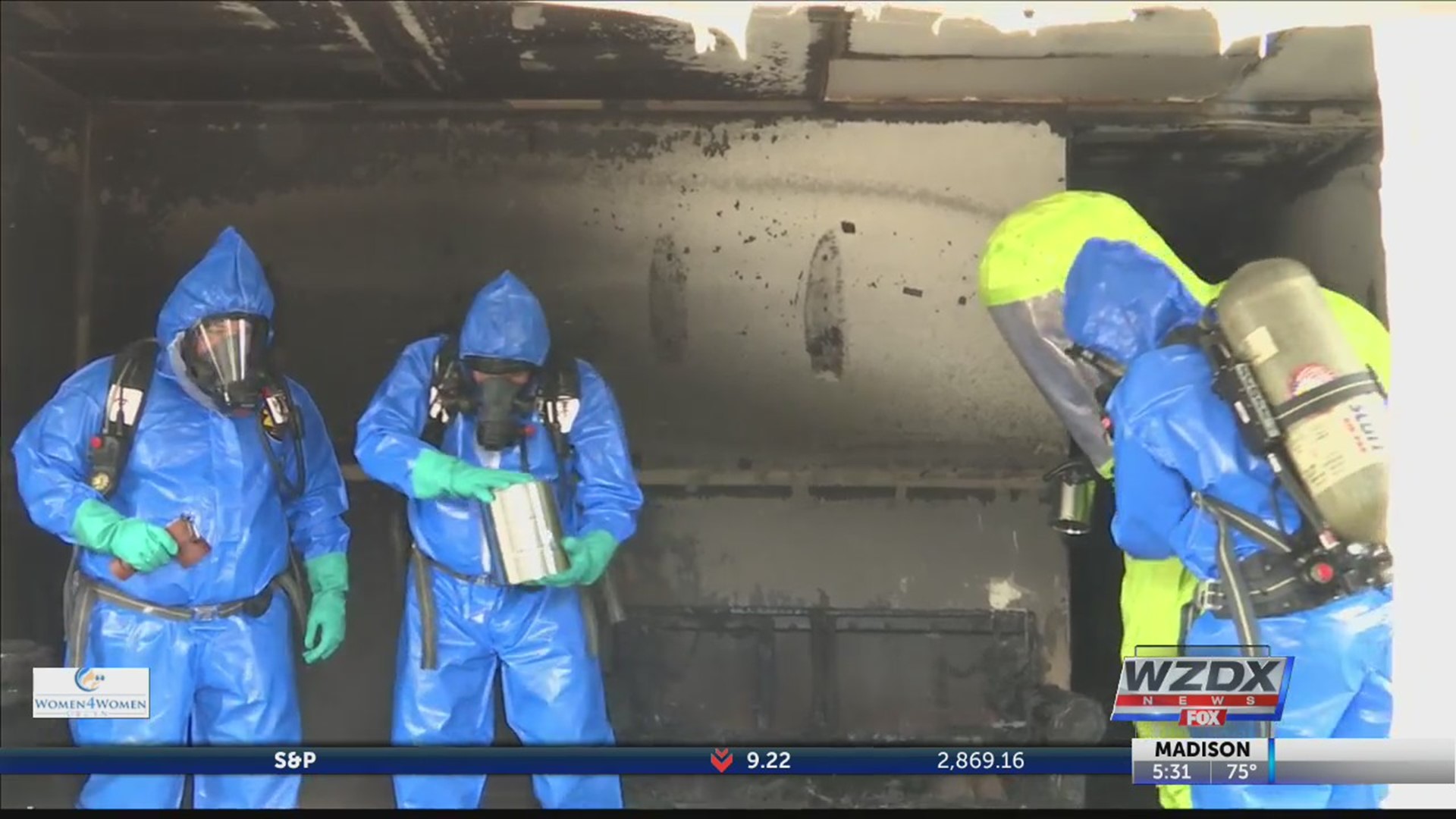 The experts who investigate big explosions across the country are in Huntsville this week to train.

The National Response Team goes head first into dangerous situations where some of the time they don’t even know what the danger is. WZDX News suited up to give you an inside look.

The team is training for re-certification at Redstone Arsenal. They have to be prepared for anything so they train for everything.

“We were actually training here when the Austin bombings occurred and it literally was the same scenario,” said Supervisory Special Agent Dickson Robin with the NRT.

Realistic scenarios are top priority. From searching for evidence to bomb tech assessments and hazardous materials training to practicing using the equipment to breathe.

“Their vital signs are read before they get into the suit and are monitored the entire time that they’re in the suit,” said Special Agent John Underwood with ATF National Center for Explosives, Training, and Research.

“This is life or death sort of training, in reality they’re on an enclosed system with oxygen,” said Robin. “They need to know when they’re gonna run out of air or could they suffocate for whatever reason.”

WZDX News suited up to get a feel for it. Breathing was enough to worry about, let alone walking into a dangerous environment.

WZDX News Reporter Renata Di Gregorio put on a Level B suit, which the NRT members would be wearing to go into something like a chemical spill where they know what the chemical is. The team might be going in to collect something like evidence.

The team’s been called out 15 times this year. This training makes sure they’re ready every time.

“We don’t have a lot of time to think about things and maybe worry about things,” Robin said. “We know what we need to do. I dare say we’re the best at doing it.”

NRT just became the first federal forensic investigation agency to be accredited through the ANSI National Accreditation Board. Through this they’re required to keep their standards high.