An arson suspect believed to be connected to the fires is in custody. 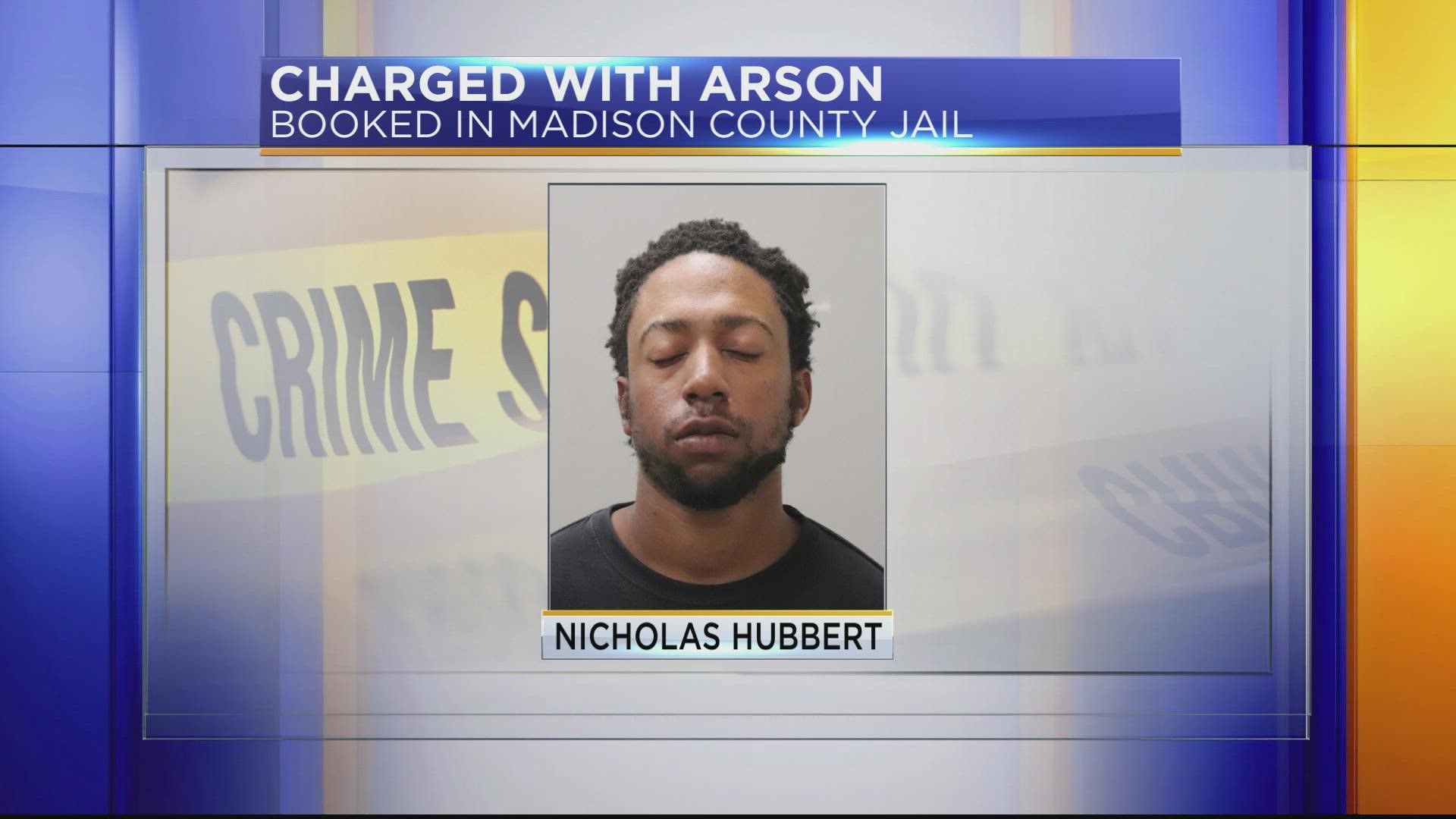 Nicholas Tremaine Hubbert, who is in custody in connection with a string of arson fires across Huntsville, Madison, and Madison County, now faces additional charges.

He is being held without bond.

Huntsville Police released an update on the fires that hit businesses across Huntsville, Madison and Madison County.

Police say 24-year-old Nicholas Tremaine Hubbert was charged with arson and booked into the Madison County Jail in the early morning hours of September 26.

Investigators believe the fires were set intentionally at the following addresses:

They said the businesses sustained varying levels of damage. No one was injured in the fires.

Huntsville Police and Huntsville Fire & Rescue are working with other area law enforcement agencies to investigate if the suspect is connected to intentional fires set in their jurisdictions.

The other two businesses, Champy's Chicken and Publix, are in Madison.

Nine fires in one day. That's what official are investigating after a string of blazes across Huntsville, Madison, and Madison County Saturday evening. All of the fires happened within hours of each other.

Champy's Chicken posted on social media that they will be open tomorrow for business as usual.

The fires remain under investigation. It's not known at this time if they are connected.

FOX54 will bring you more updates as they become available.

RELATED: Huntsville first responders say drivers forget to pull over to the right for emergency vehicles

RELATED: Move over for first responders