Leaders say we're on track to becoming the top vehicle producers in the country. 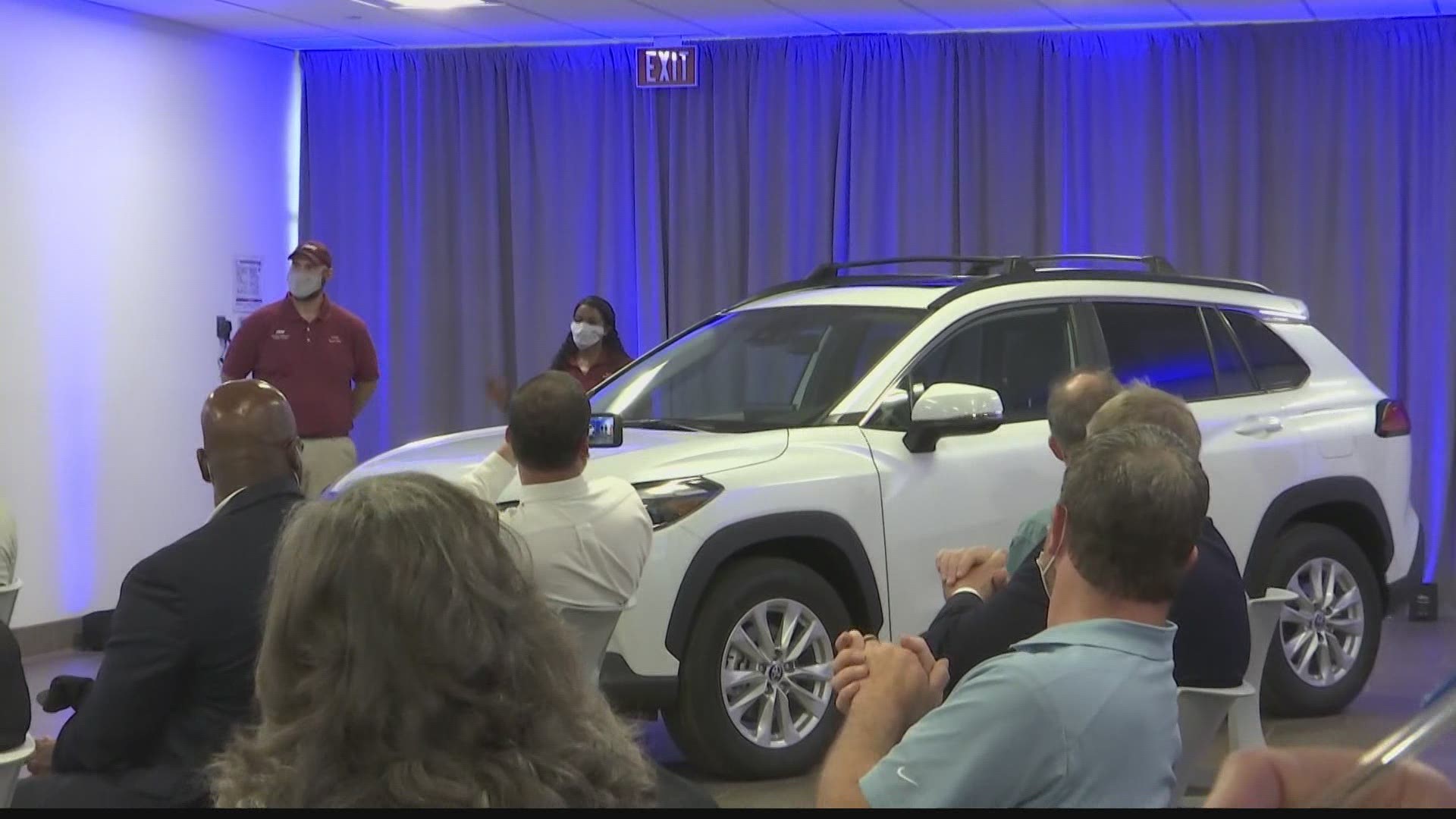 HUNTSVILLE, Ala. — It took three years in the making, but today, Mazda Toyota Manufacturing, right here in Huntsville unveiled its 2022 Corolla Cross, and you can expect to see more of them on the road, very soon!

Our WZDX News reporter was there, and has more details on the new SUV and how its being built here in the Valley.

These are some of the specs for the '2022 Corolla Cross'. "It also has - I love this part. So it has wireless charging stations," says Janette.

"We're really proud to produce an Alabama built vehicle. The automotive industry has been growing in the state of Alabama over the past thirty years," says MTM Vice President of Administration, Mark Brazeal.

The other half will go toward production for the Mazda vehicles on the 'Discovery' line. They do know challenges are ahead.

"We have shortages in raw material, steel, aluminum. We have challenges in accessories and electronic components...But in the marketplace today. We have a substantial investment opportunities that are possibly coming to support the automotive supply chain," says Canfield.

"Each team member learns in a very meticulous way how to train. How to roll a bolt for example. How to hold the gun. And then once they go through that training, it takes about two-to-three weeks. Then we take them on to the line," says Hostlettler.

Production of the 2022 Corolla Cross and are expected to hit dealer lots later this year as well.