The school year has been turned upside down because of COVID-19. One Madison County senior, decided to use his voice-- in more ways than one. 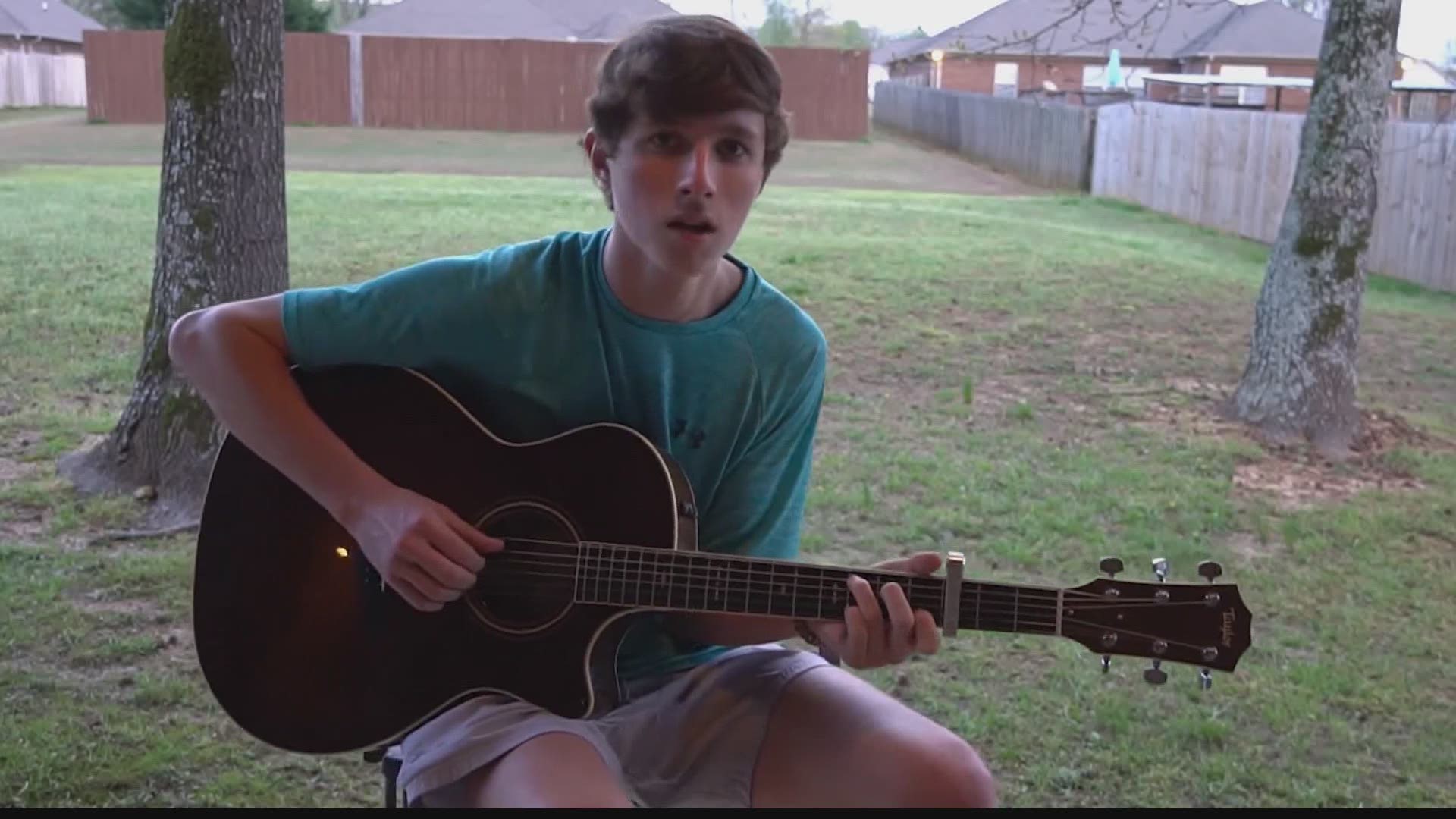 "Walk": That’s all 18 year-old Buckhorn High School senior, Peyton Malone, says he wants to be able to do. He tells our reporter, “You know, you look forward to this for 13 years. I think it’s just a big importance for my family and myself.

He’s talking about walking across the stage on graduation day. He says, just months ago he could have never guessed that his senior year would be “cut short". So, Peyton decided to not just speak up-- but, sing out.

He posted a video on Youtube of him singing his original song, "Walk" and now it has thousands of hits-- and his classmates love it.

The video is linked below:

“They’ve been texting me, 'Snapchatting' me. And their parents have been texting me saying it really touched them too. So I think it’s actually affecting everybody and it’s a good connection.”

He says it’s not just for him. It’s for his class at Buckhorn, and seniors across the country. Peyton says, “I talked about toga day, we had our homecoming-- and just how fun that was.”

He says he knew he was headed in the right direction when he played some of the song for a friend. Adding, “I had about four lines written and I sung it to her and she started crying in the first four lines. So I was like ‘oh this might mean something to some people.’”

Peyton says, he wants his dad to share that special day with him. He adds “It's just like the chorus says, ‘Mama’s being able take pictures and daddy’s cheering loud’-- That’s all they really want for us to be successful in high school and to be able to graduate us.”

We spoke to his dad, Jeff Malone. He says, “I was proud of him. I though he did a great job playing the song, singing the song… and a good job expressing how he really felt.”

The song is spreading far and wide. Peyton says, “Just yesterday, I got a direct message on Instagram from some people in Ohio. I guess it’s going across to other seniors.”

Peyton says he has this hope for seniors across the country:

“Spread our own ways and be successful. That’s what I hope for.”