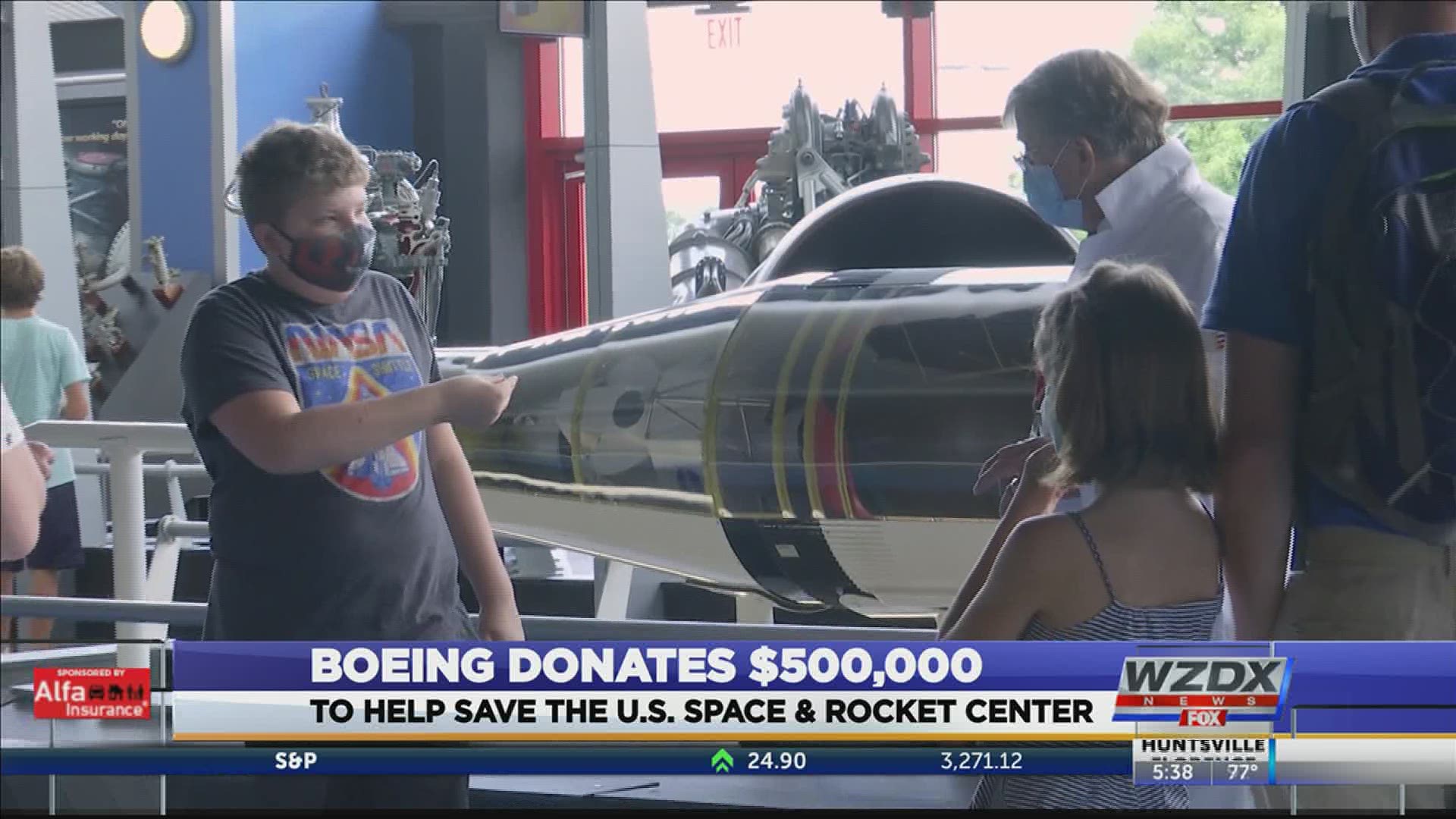 HUNTSVILLE, Ala — If you're local to north Alabama, you probably went to Space Camp, or know someone who did. If you're not a local, you've probably seen Space Camp in the movies, on TV, or mentioned by alumni who have made trips into space.

A new fundraiser has been launched to "Save Space Camp" as economic challenges from COVID-19 threaten to close the program that has brought thousands of kids and adults closer to space, including students with sight and hearing limitations, intellectual and physical disabilities, and sensory processing disorders.

Boeing announced a $500,000 leadership gift to the U.S. Space & Rocket Center’s Save Space Camp campaign. The USSRC has a fund-raising goal of $1.5 million to sustain operations of the museum and to be able to reopen Space Camp in April 2021.

With donations from more than 6,000 people and corporations around the world, the Save Space Camp campaign reached more than $600,000 in three days. Boeing’s donation brings the amount to more than $1.1 million.

The U.S. Space and Rocket Center says the “Save Space Camp” campaign must raise a minimum of $1.5 million to keep the museum open past October and to reopen Space Camp in April 2021.

The vertical Saturn V replica will be lighted to mark the progress of the “Save Space Camp” fundraising campaign. The lights go on July 30 at sunset to show the campaign has raised one third of the minimum goal of $1.5 million in just two days. As the campaign progresses, the lights will continue to rise on the Saturn V.

The U.S. Space and Rocket Center has faced a number of challenges this year, including closing early in the pandemic, reopening the museum and Space Camp with much-reduced capacity, and limited access for local and and international school groups.

The Rocket Center has been the top paid tourist attraction in the state for seven straight years. According to the most recent economic impact studies, the center generates $120 million in annual revenue for the state of Alabama and serves as a magnet for visitors to Huntsville.

For 50 years, the U.S. Space & Rocket Center has been on a mission to inspire scientific exploration and discovery all around the world, but now we need urgent mission support. Will you help us Save the U.S. Space and Rocket Center and Space Camp? Visit savespacecamp.com to learn more about how you can help us reach mission accomplished today.

RELATED: Space Camp to blast off despite pandemic