A tip to Morgan County Narcotics agents led to the arrest of three people and the seizure of a large amount of synthetic cannabinoids, or "Spice". 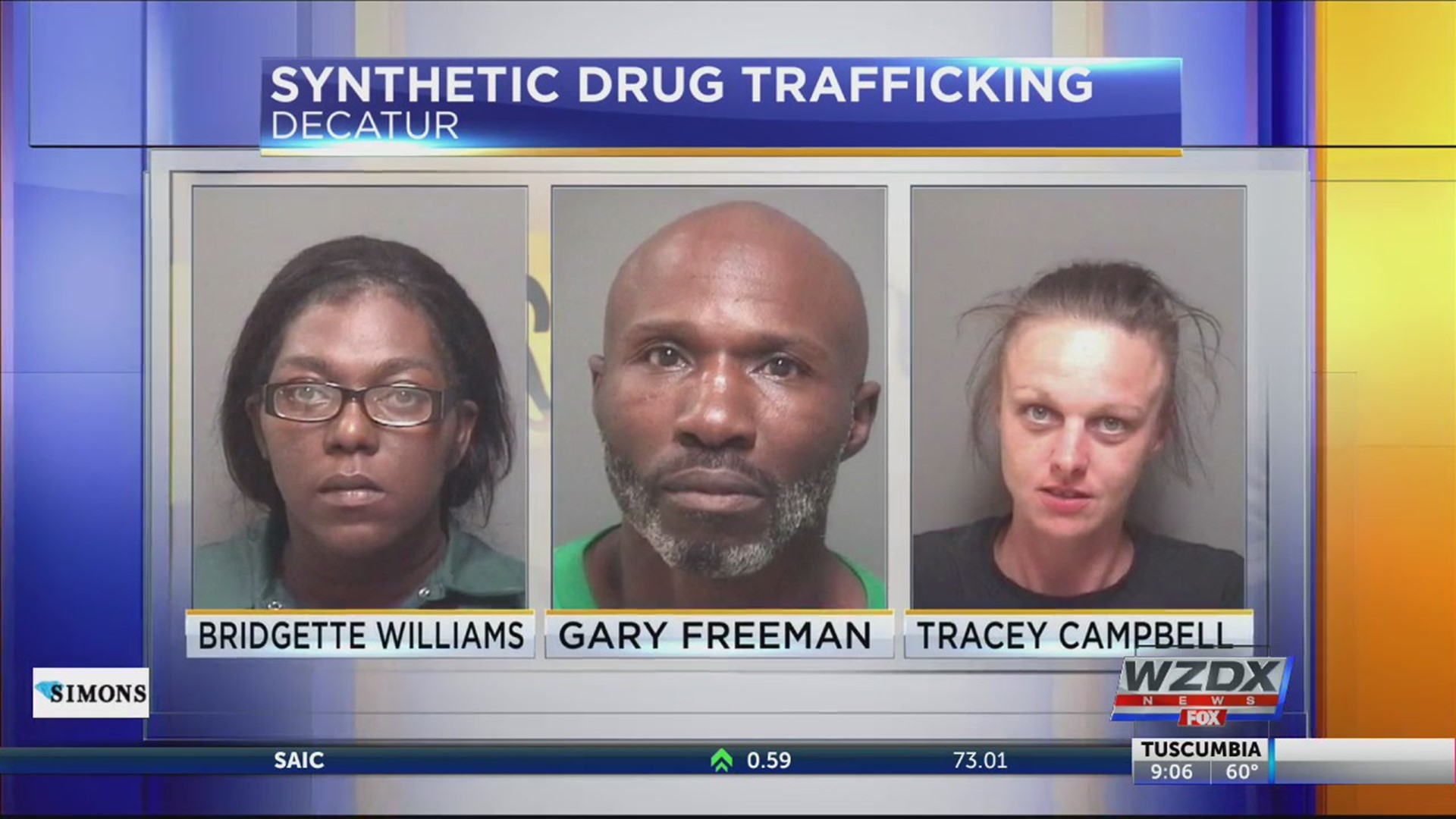 A tip to Morgan County Narcotics agents led to the arrest of three people and the seizure of a large amount of synthetic cannabinoids, or “Spice”.

According to the Morgan County Sheriff’s Office, agents received information about possible drug activity at an apartment complex on Tower St. in Decatur. While surveilling the area, agents saw two cars pull into the complex and observed what appeared to be a “hand-to-hand” drug transaction. One car was occupied by Bridgette LeAnn Williams, 29, of Decatur, the other by Gary Jermaine Freeman of Decatur and Tracey Lee Campbell, 34, of Hartselle.

When agents entered the lot, one suspect attempted to flee and crashed into an apartment building. All three suspects were caught and no was injured.

Morgan County K9 Deputy Emma was called to the scene and indicated “some kind of narcotic in the vehicle.” A physical search led agents to approximately one pount of synthetic cannabinoids.

Agents then got a search warrant for Williams’ home and recovered a suitcase containing more than 10 pounds of synthetic cannabinoids. They also found three handguns and two AR-style rifles.

Williams, Campbell, and Freeman were all arrested for Trafficking in Synthetic Controlled Substance-Synthetic Cannabinoids/Analogs. They were taken to the Morgan County Jail with bond set at $500,000 each.

The Morgan County Sheriff’s Office reminds the public that all suspects are presumed innocent until proven guilty in a court of law.