OPELIKA, Ala. (AP) — A judge ordered DNA testing Wednesday for a man suspected in the kidnapping of an Alabama college student missing since last month. Lee Cou... 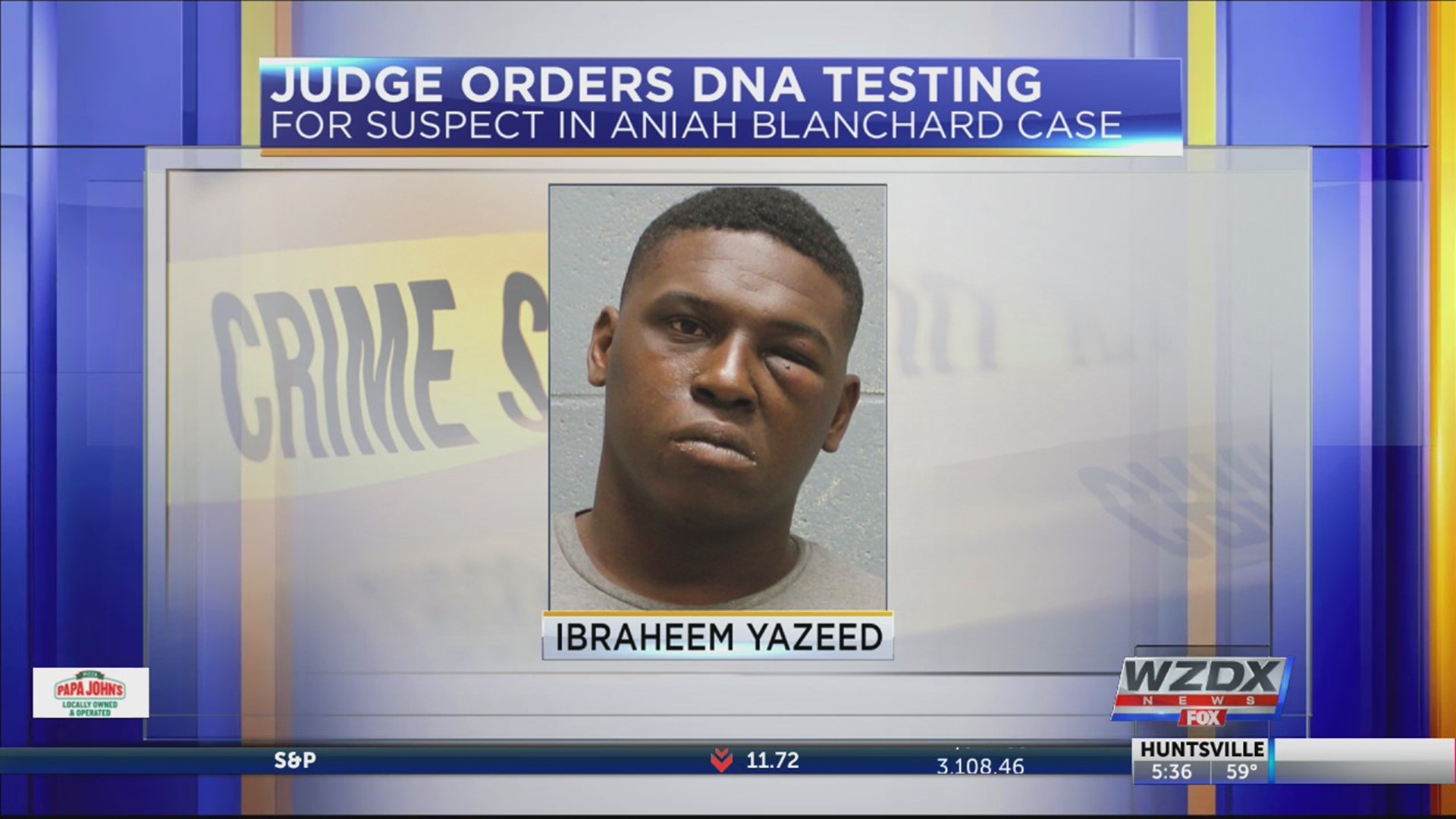 OPELIKA, Ala. (AP) — A judge ordered DNA testing Wednesday for a man suspected in the kidnapping of an Alabama college student missing since last month.

Yazeed, 29, is charged in the disappearance of 19-year-old Aniah Blanchard, the stepdaughter of UFC heavyweight Walt Harris. She was last seen Oct. 23 at a convenience store in Auburn.

Blanchard’s father, mother and stepfather appeared tense as they watched a preliminary hearing for Yazeed, who sat shackled a few rows in the front of them wearing a white jail uniform. The family left the courtroom without speaking to reporters.

The judge ruled there was probable cause for the case to proceed and said it will go to a grand jury.

Recounting evidence, Auburn police Detective Josh Mixon testified that convenience store video footage showed a man later identified by tipsters as Yazeed look over at Blanchard in the store as he bought a beverage. A man at the store told investigators he saw Yazeed force Blanchard into her car and drive away.

“He observes Yazeed forcing Blanchard into her vehicle against her will,” Mixon said.

Mixon said the witness, who was staying at a hotel near the convenience store, didn’t immediately tell police what he saw after his girlfriend told him not to get involved. He said the witness later cried over his delay in talking to police.

Blanchard’s black Honda CRV was found abandoned more than 50 miles (90 kilometers) away at an apartment complex in Montgomery, Alabama. Mixon said Blanchard’s blood was found in the passenger compartment of the car, and it appeared she had suffered a life-threatening injury.

He also denied a defense request to have prosecutors disclose the identity of the witness whose testimony is the main evidence linking Yazeed to the girl’s disappearance. Prosecutors said they wanted to keep his identity closely guarded for his safety.

Defense lawyer Elijah Beaver noted the girl’s parents had done media interviews, including an appearance on the “Dr. Phil” television show despite a gag order that bars lawyers and potential witnesses from speaking with the media.

“Folks are going to remember stuff like that,” Beaver said. Beaver said that although he supports a gag order, it should be evenly enforced or the defense should also get to talk to the media.

“They are grieving parents. They are trying to find their little girl,” Hughes said.

The judge said he would hold a hearing next month on a request from news organizations to lift the gag order.

The search for the missing college student is ongoing. As her family left the courthouse Wednesday without answers, a photograph of their daughter’s smiling face was shown on an electronic billboard across the street. “Missing,” the caption read with a plea for people to call the police with any information.