WASHINGTON (AP) — Former Attorney General Jeff Sessions will announce that he is entering the race for his old U.S. Senate seat in Alabama, two Republicans with... 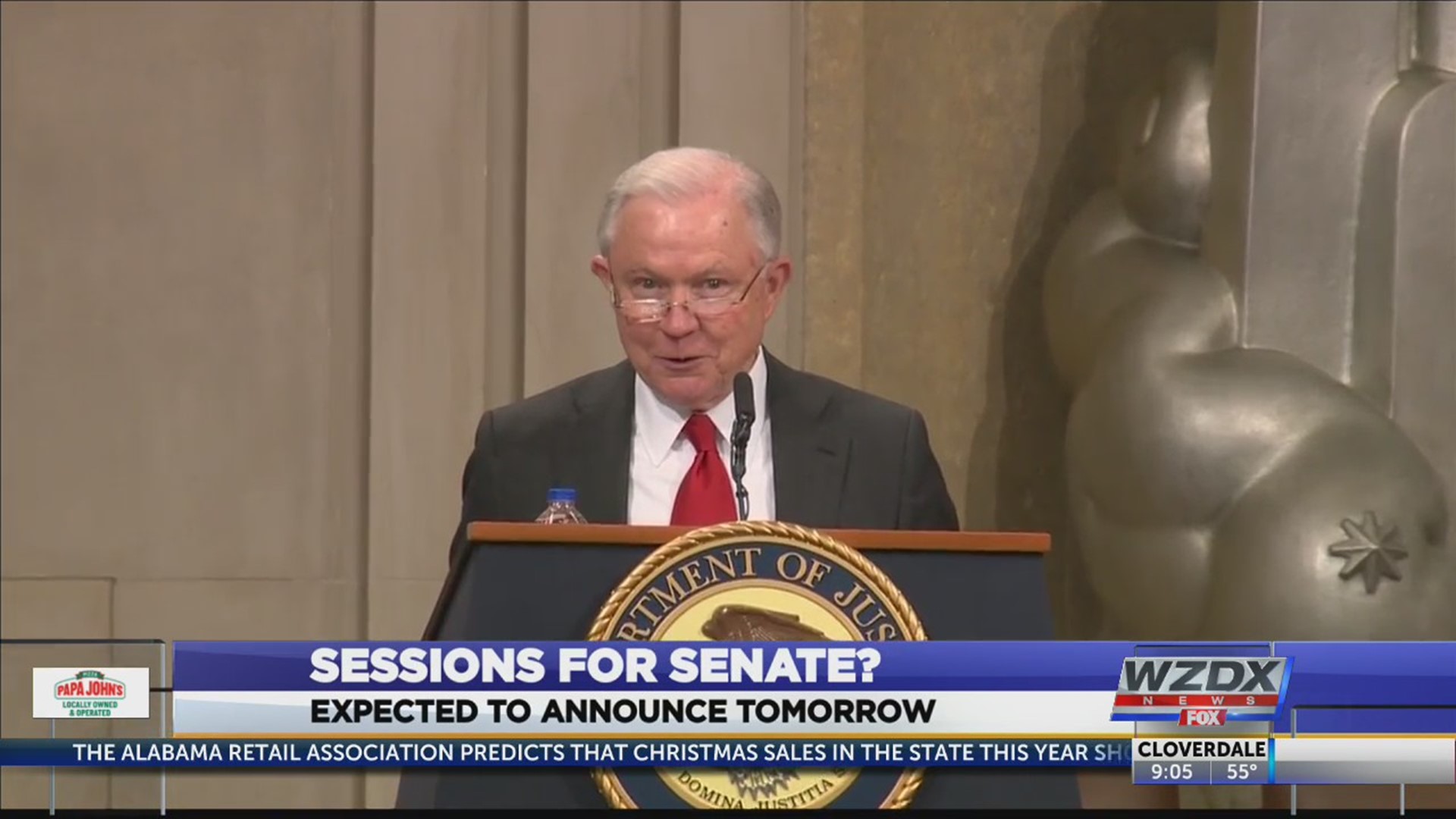 WASHINGTON (AP) — Former Attorney General Jeff Sessions will announce that he is entering the race for his old U.S. Senate seat in Alabama, two Republicans with direct knowledge of his plans said Wednesday.

Sessions, 72, will be making a return to the political stage a year after stepping down as President Donald Trump’s first attorney general when their relationship soured over his recusal from special counsel Robert Mueller’s Russia investigation.

The two Republicans confirmed to The Associated Press that Sessions is expected to announce his candidacy Thursday. They were not authorized to discuss the matter publicly and spoke on condition of anonymity.

Sessions has not spoken to Senate Majority Leader Mitch McConnell about it, nor has he informed Trump of his decision, the sources said.

The longtime senator’s entry in the race upends the 2020 Republican primary, which has a crowded field competing to challenge Democratic Sen. Doug Jones for the once reliably red seat. The decision comes after months of speculation that Sessions might seek a return to the Senate.

U.S. Rep. Bradley Byrne, the first Republican to announce a run for the Senate seat, played up his loyalty to Trump when asked about Sessions’ plans to enter the race.

“Alabama deserves a Senator who will stand with the President and won’t run away and hide from the fight,” Byrne said in a Wednesday statement.

Sessions was the first U.S. senator to endorse Trump’s 2016 campaign, and the two supported similar policies on immigration and law enforcement. But Sessions’ recusal from the Russia inquiry prompted blistering public criticism from Trump, who eventually asked him to resign.

Despite the repeated attacks, Sessions has remained a Trump loyalist who continues to back the president’s policies.

In a speech last month at a Republican Party fundraiser in Huntsville, Sessions reiterated his support for Trump even as he joked about life after being “fired” from a job. Sessions praised Trump’s effort on trade, immigration and foreign policy.

“That’s why I supported him and why I still do support him,” Sessions told the crowd of about 500. “He is relentlessly and actually honoring the promises he made to the American people.”

Sessions, for years a popular figure among state Republicans, represented Alabama in the U.S. Senate from 1997 to 2017. He will enter the race as a presumed front-runner, but the effect of Trump’s online and verbal lashings remains unclear in Alabama, where the president remains popular.

Trump in June called his selection of Sessions as attorney general his “biggest mistake.” ”I would say if I had one do-over, it would be, I would not have appointed Jeff Sessions to be attorney general,” Trump said in an interview on NBC’s “Meet the Press.”

In Alabama, midterm voters gave mixed assessments of their former senator. About as many said they had a favorable opinion of Sessions as unfavorable, 45% to 42%, according to AP VoteCast, a midterm survey of more than 750 voters in Alabama.

Democratic voters were overwhelming negative, with 75% saying they view Sessions unfavorably. Even among Republican voters, about a quarter said they had a negative impressions; about two-thirds rated Sessions favorably.

Some of Sessions’ primary rivals have already signaled they will use the Trump feud in the campaign.

Tuberville said in a statement last month that Sessions “had a chance to stand and defend the President and he failed.”

Chandler reported from Montgomery, Ala. 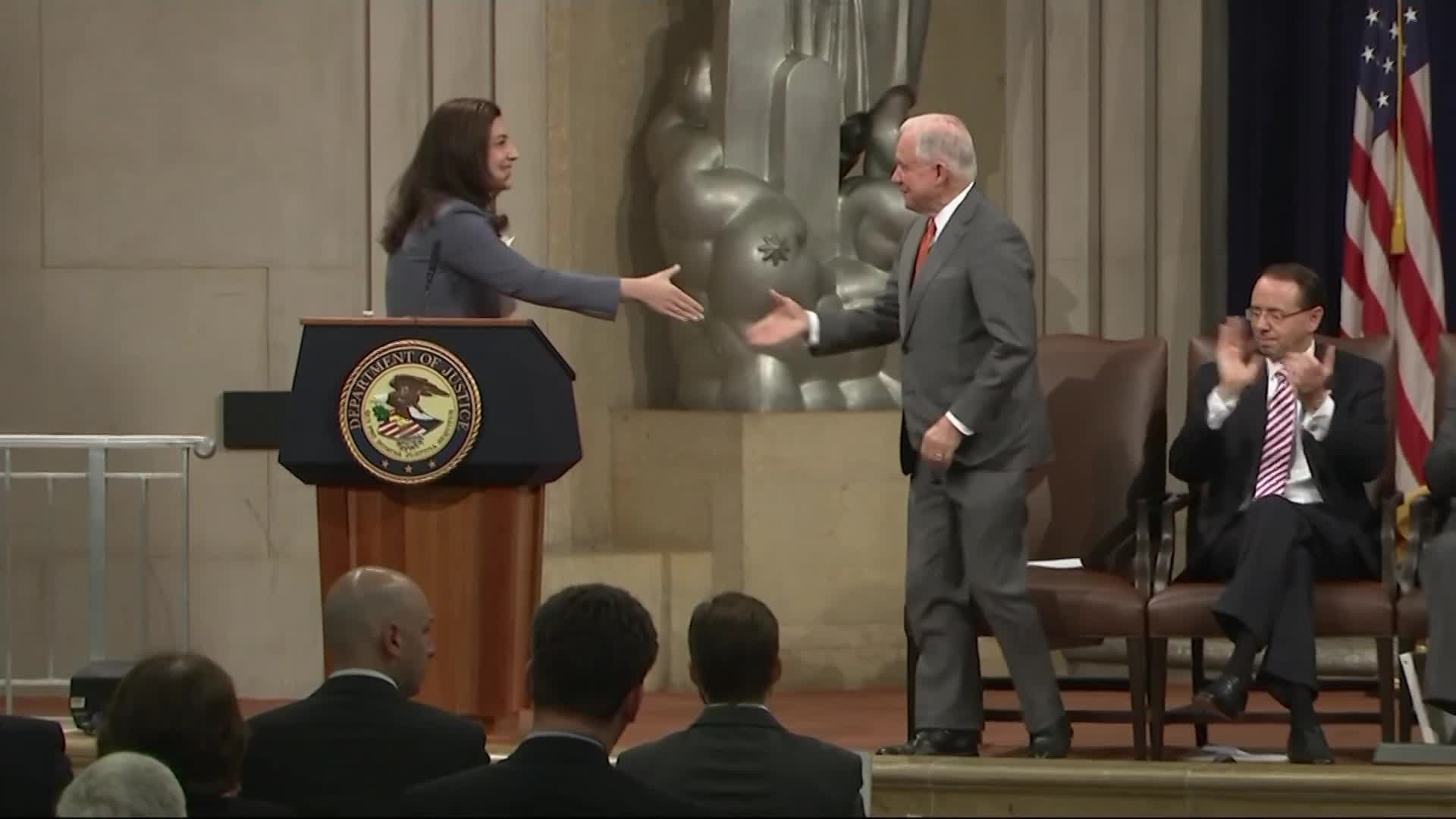