The 43rd president compared the scene of a mob of President Trump's supporters storming the Capitol to that of what is seen in banana republics. 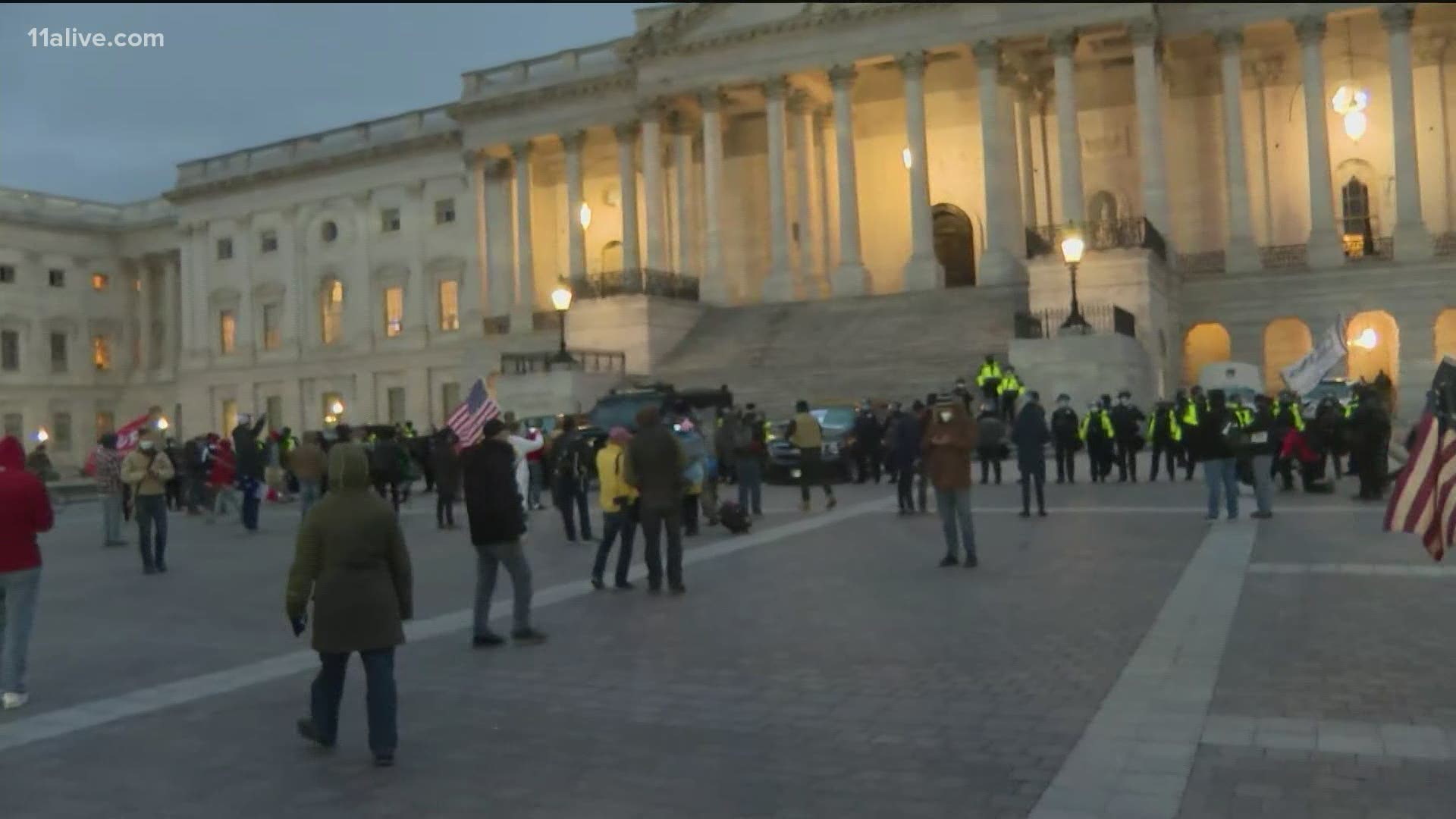 Former President George W. Bush released the following statement Wednesday after the events in Washington, D.C. in which a mob of President Donald Trump's supporters rioted at the U.S Capitol, interrupting the affirmation of President-elect Joe Biden's Electoral College victory.

"Laura and I are watching the scenes of mayhem unfolding at the seat of our Nation's government in disbelief and dismay. It is a sickening and heartbreaking sight. This is how election results are disputed in a banana republic -- not our democratic republic.

I am appalled by the reckless behavior of some political leaders since the election and by the lack of respect shown today for our institutions, our traditions, and our law enforcement. The violent assault on the Capitol -- and disruption of a Constitutionally-mandated meeting of Congress -- was undertaken by people whose passions have been inflamed by falsehoods and false hopes.

Insurrection could do grave damage to our Nation and reputation. In the United States of America, it is the fundamental responsibility of every patriotic citizen to support the rule of law. To those who are disappointed in the results of the election: Our country is more important than the politics of the moment. Let the officials elected by the people fulfill their duties and represent our voices in peace and safety.

May God continue to bless the United States of America."

RELATED: Woman shot inside US Capitol during riot by Trump supporters has died

Credit: AP
President George W. Bush stands on the sidelines before an NFL game between the Dallas Cowboys and the Philadelphia Eagles on Sunday, Nov. 11, 2018, in Philadelphia. (AP Photo/Rich Schultz)