Why Do We See Summer?

Summer officially starts on Saturday, but why? 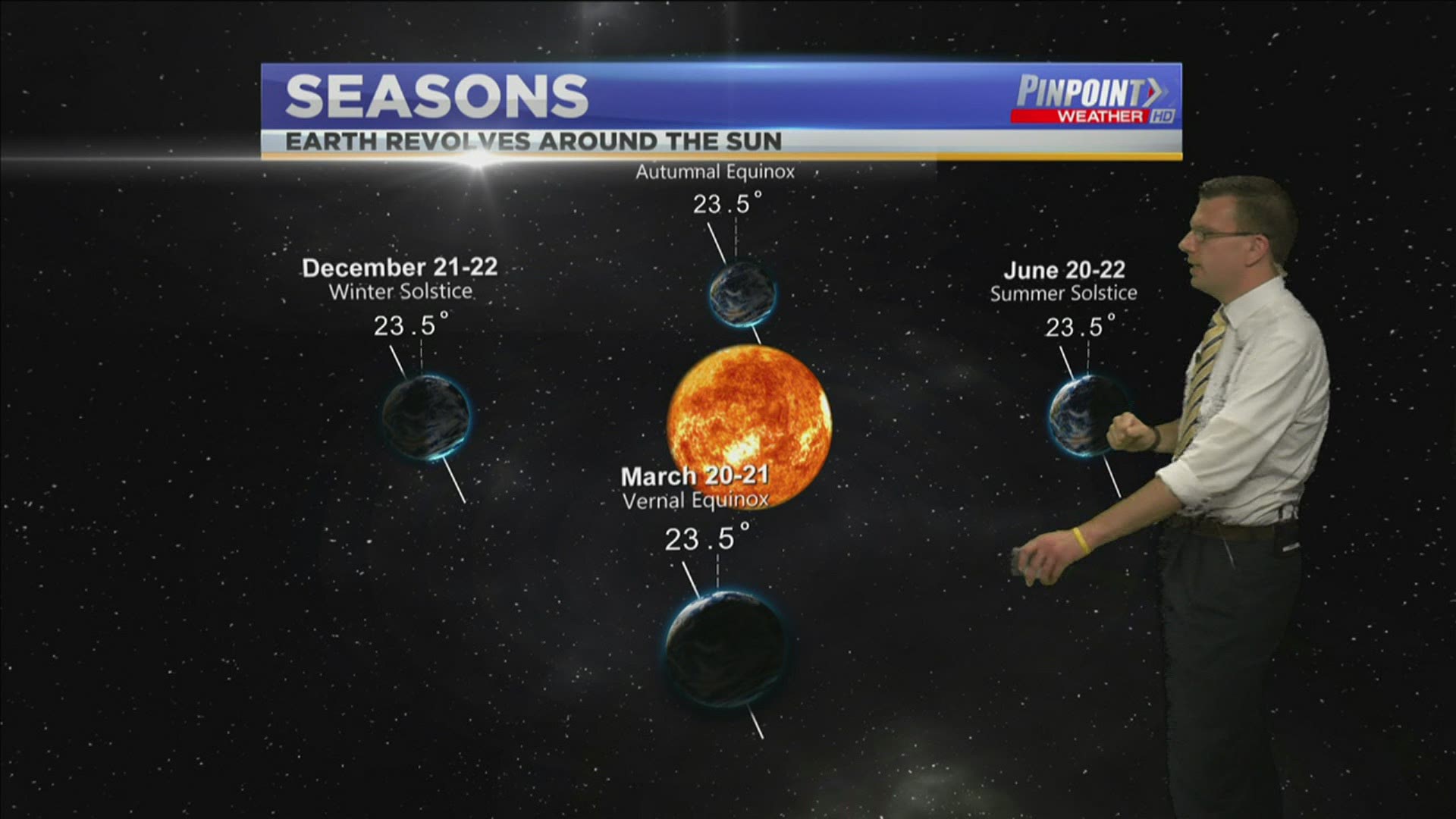 HUNTSVILLE, Ala. — It's almost Summer in the Tennessee Valley. Given our recent weather pattern that may be a bit hard to believe, but it's almost here. Summer will officially start at 4:44 PM on Saturday June 20, 2020.

RELATED: These states now recognize Juneteenth, but what are their other holidays?

Some of you are thinking that's a day early, and you would be correct. Normally Summer starts on the 21st, but it's a day early this year because we had a Leap Year. In case you'd like to learn more about a Leap Year, click here.

Seasons are great, but why do we have them? This blog will answer that question.

The earth also revolves around the sun. Don't confuse this with the fact that the earth rotates on its axis. Two different things. Rotation takes 24 hours, and revolution takes 365.24 days. More on that if you click the Leap Year link.

RELATED: 'Ring of fire' eclipse to darken the first day of summer; watch it live here

The earth's revolution around the sun is another big player in our seasons. At different points during its revolution the earth is closer to or further from the sun.

The tilt allows us to feel the suns powerful rays more directly. At this point in the year the Sun Angle is also highest.