What is storm surge? What causes it?

We hear a lot about storm surge during a hurricane or tropical storm, but what is it, and what causes it? 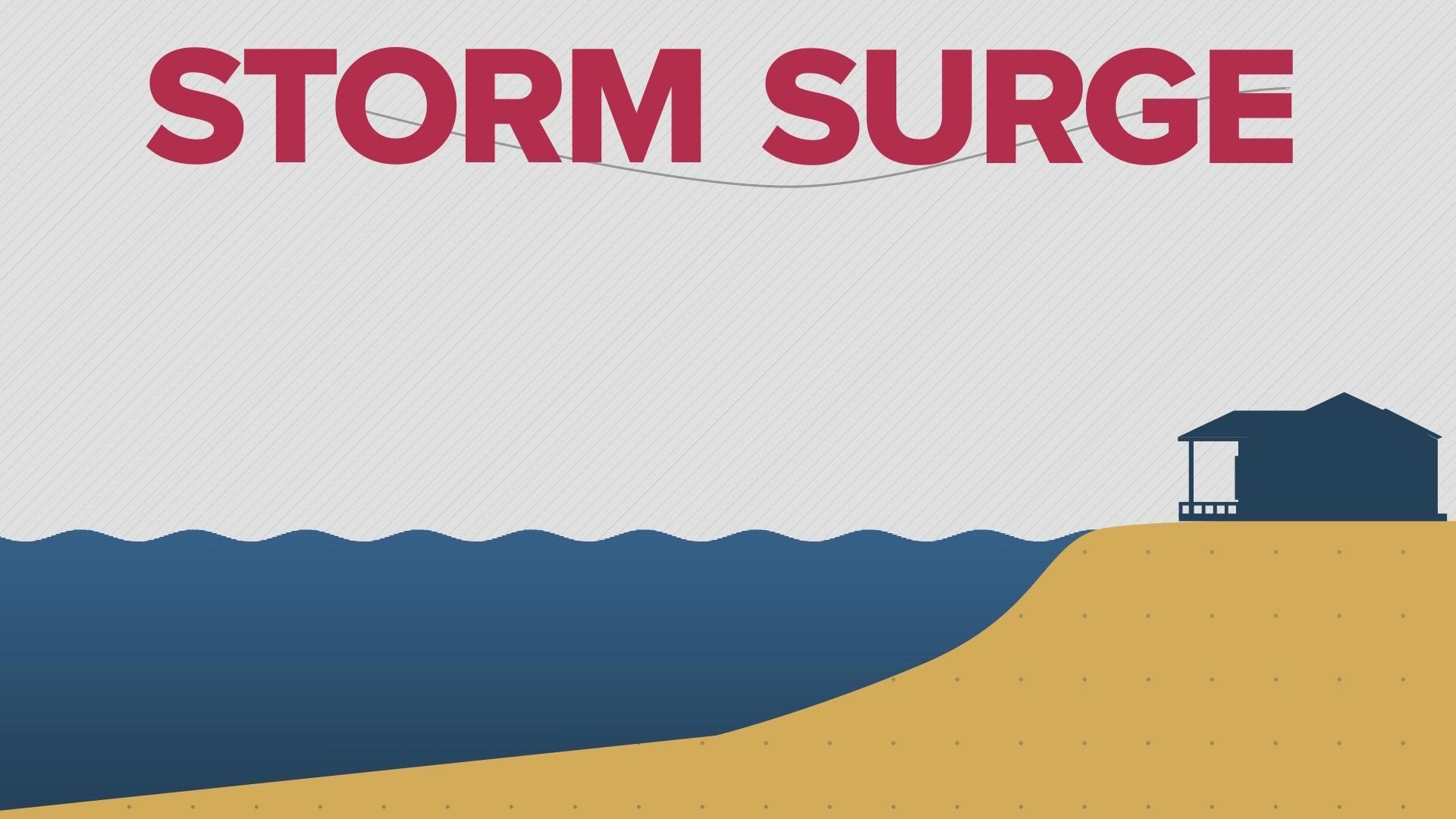 HUNTSVILLE, Ala. — Storm surge happens when the strong winds of the hurricane blow over the ocean or gulf water, literally forcing the water to pile up as it approaches the coast.

That can cause the water level to jump anywhere from 1 foot to well over 20 feet above normal levels.

But wind speed isn’t the only factor in determining a potential surge effect. The storm’s size, intensity, shape, speed and angle of approach all matter – along with the coast and slope of the ocean floor.

And remember this – the category ranking of a storm – doesn’t always correlate to the storm surge threat. Weaker category 1 or 2 storms have been known to produce higher surges than their stronger counterparts. So, it’s important to listen for – and to understand those storm surge warnings – so you can react early and quickly to keep you and your family safe.