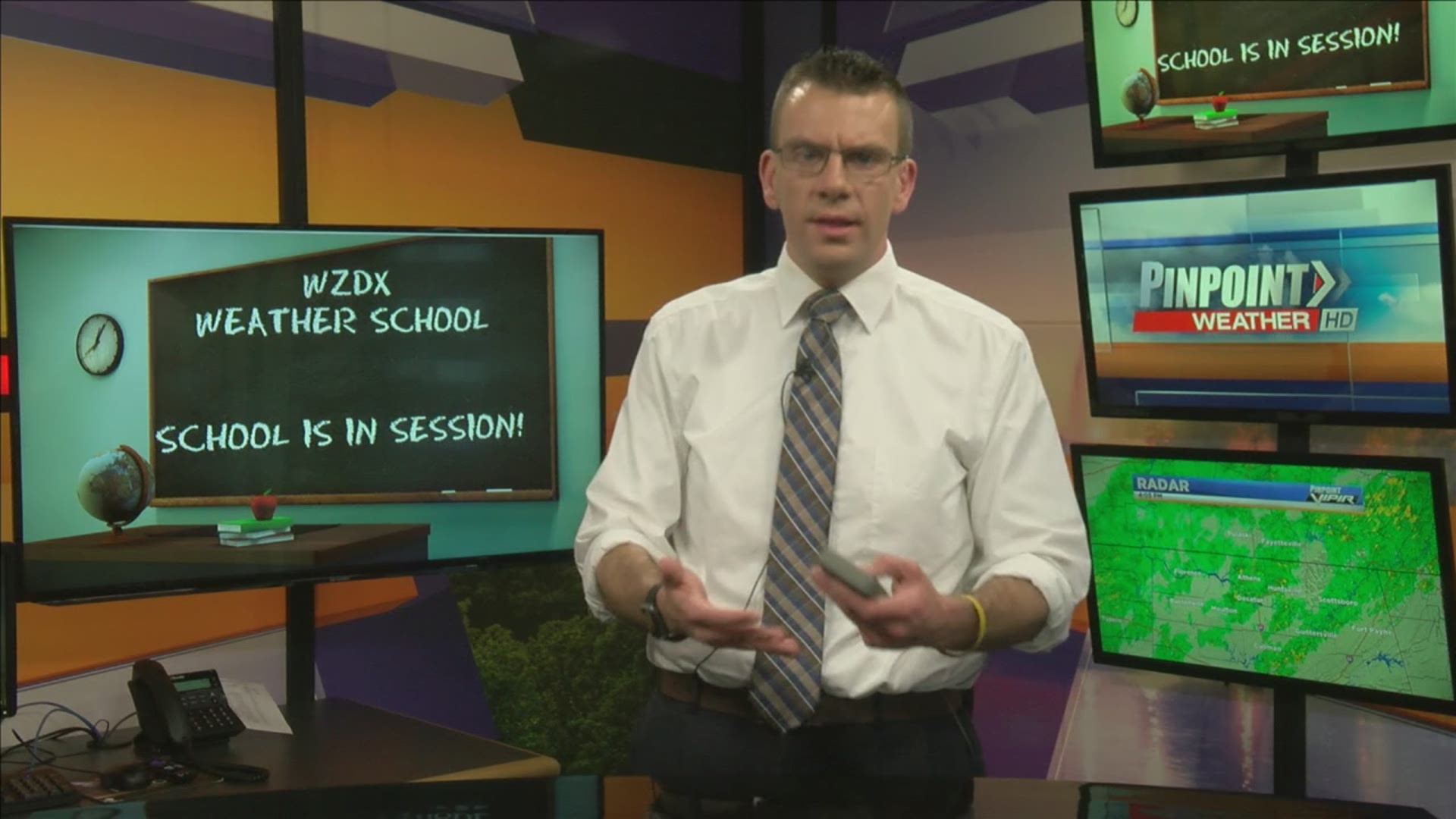 HUNTSVILLE, Ala. — In our first lesson, we discussed cloud formation. We discussed how when a parcel of air reaches its lifted condensation level it has reached a point where its temperature matches the temperature of the surrounding environment. When that happens the water vapor inside the parcel condenses out and collects on very tiny particles in the atmosphere. Those droplets and particles remain suspended there because they are so light in weight. That is a cloud.

We can apply some of these principles to the formation of dew and frost.

During the day the sun heats the earth. At night that heat rises and the earth cools off. If the air just above the surface cools to the temperature where moisture forms then just like with cloud development the water vapor in the air condenses out. The differences is that this time because the air is just above the surface when it condenses out it collects on the grass or even on your car.

The concept is the same for frost only the temperature must be below freezing.