School is back in session with the WZDX weather school. 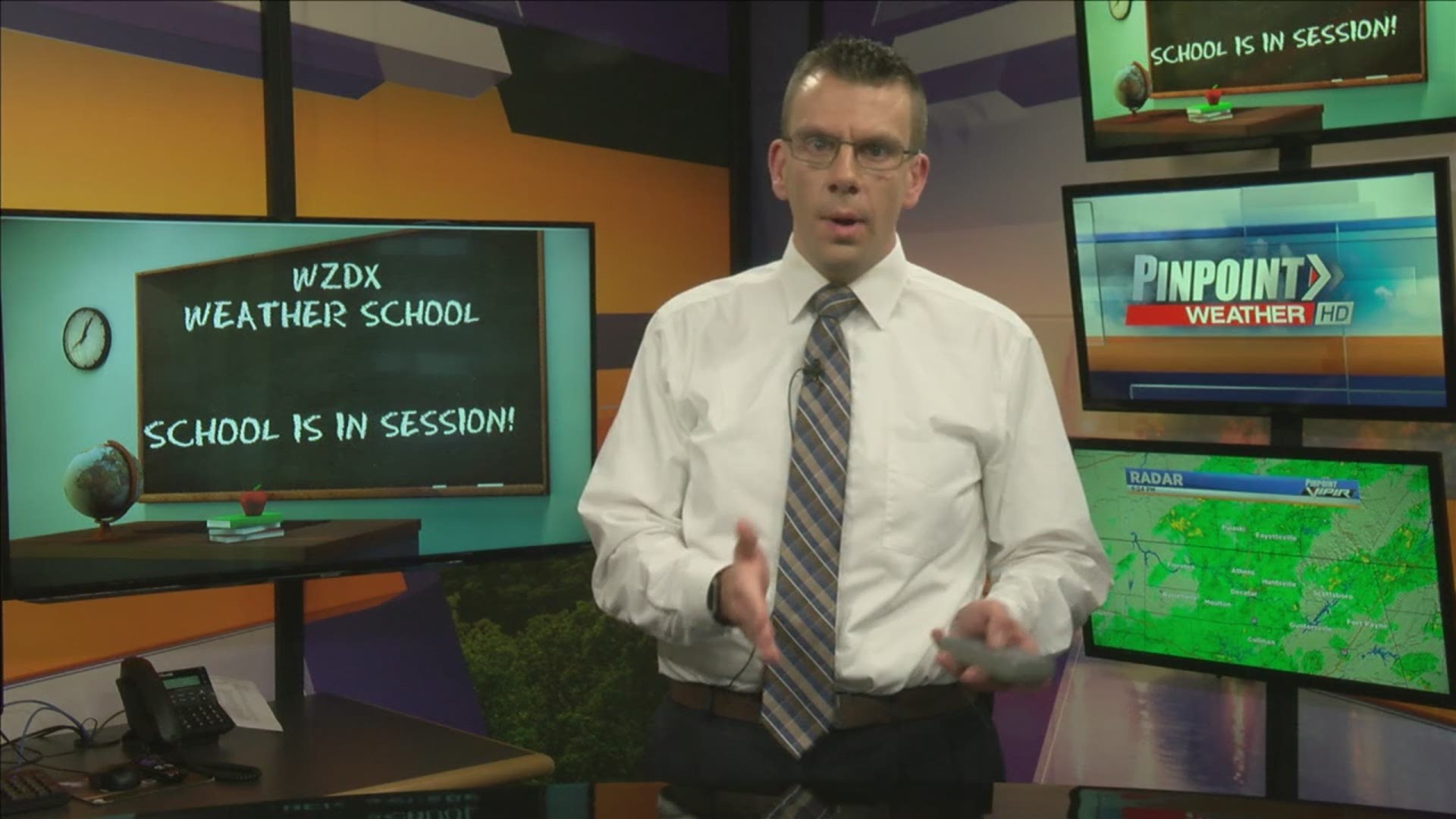 The sun's energy heats the surface of the earth during the day. Warm air parcels rise through the afternoon. As those parcels of air rise they cool. Eventually, they cool to where the temperature inside the parcel matches the temperature of its surrounding environment. This is called the Lifted Condensation Level (LCL).

If this process continues pending there is enough rising motion to keep the air parcels rising then the clouds build and the raindrops become heavier. Eventually, they become too heavy to be supported by the rising air and they fall. This creates the down draft.

The downdraft is influenced by some boundary usually a cold front. The air from the cold front enters the cloud at a higher altitude. All of the "action" of a thunderstorm happens in the downdraft.

Eventually, the downdraft takes over and cuts off the rising air (updraft) and the thunderstorm dissipates.

What I didn't cover

We covered cloud cover and thunderstorm development, but we didn't cover cloud types. There are many common and uncommon cloud types that form at different altitudes. That can be a different lesson.