What did the groundhog predict for 2021?

Over the last ten years, the groundhog has actually gotten it right a couple of times. 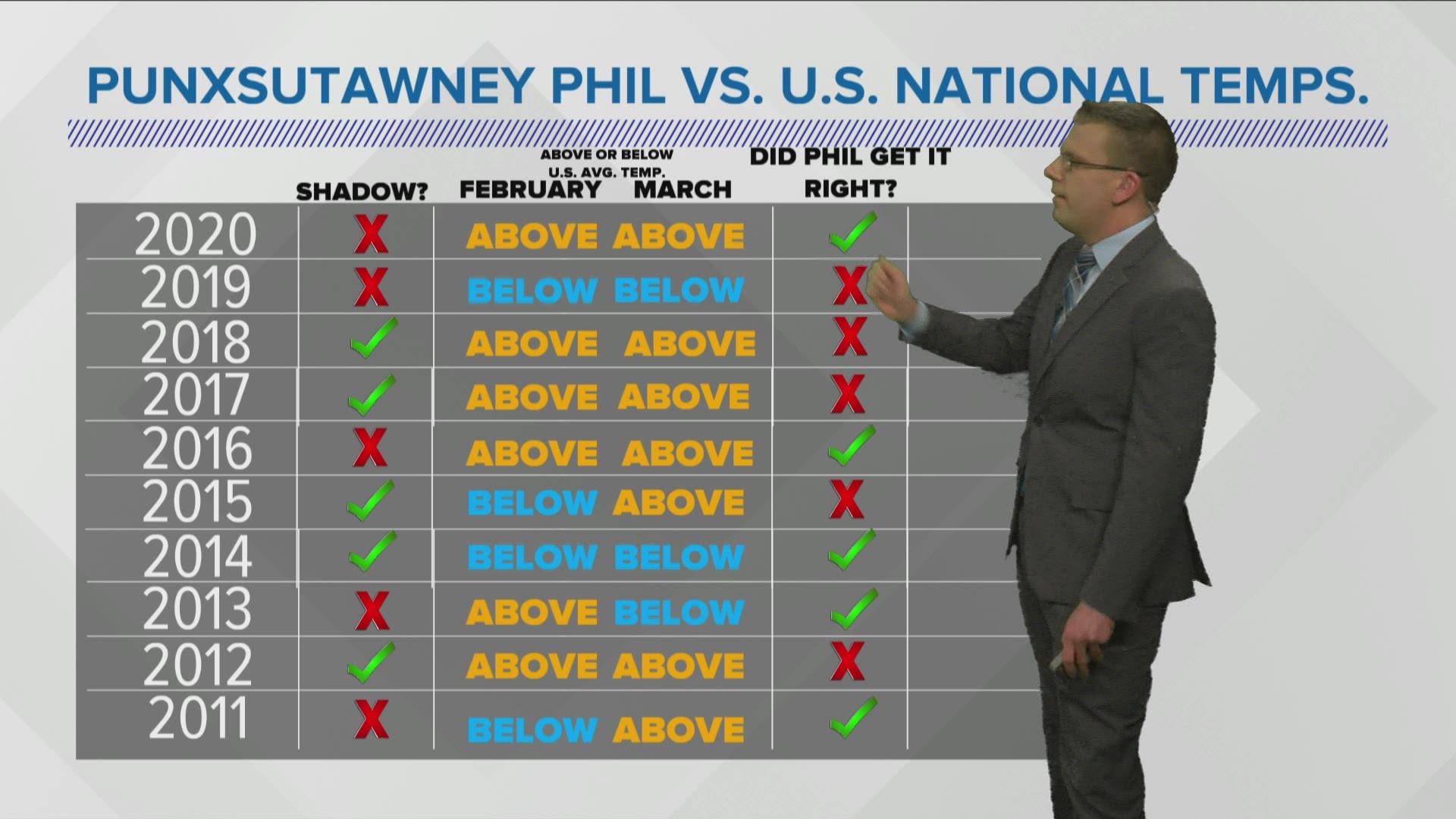 HUNTSVILLE, Ala. — Tuesday, February 2, 2021, is one of the most popular days of the year between the New Year and probably Easter. Why? Because it's the day we decide to let a rodent predict the weather, and people go absolutely nuts.

This year, Punxsutawney Phil saw his shadow, meaning six more weeks of winter. But what does that mean?

RELATED: The weather forecasting groundhog saw his shadow — but how did this zany tradition get started?

I write this latest blog with a smidge of animosity towards the rodent that gets more love than me. Of course, National Weather Persons' Day is February 5th so I at least have that. I'm serious it's a real day. I've got the information.

It seems that every major community has its own groundhog all of which seem useless because there's only one really important rodent on Groundhog Day. We all know him so let us just acknowledge Punxsutawney Phil.

RELATED: Groundhog Day: How many times has Punxsutawney Phil seen his shadow?