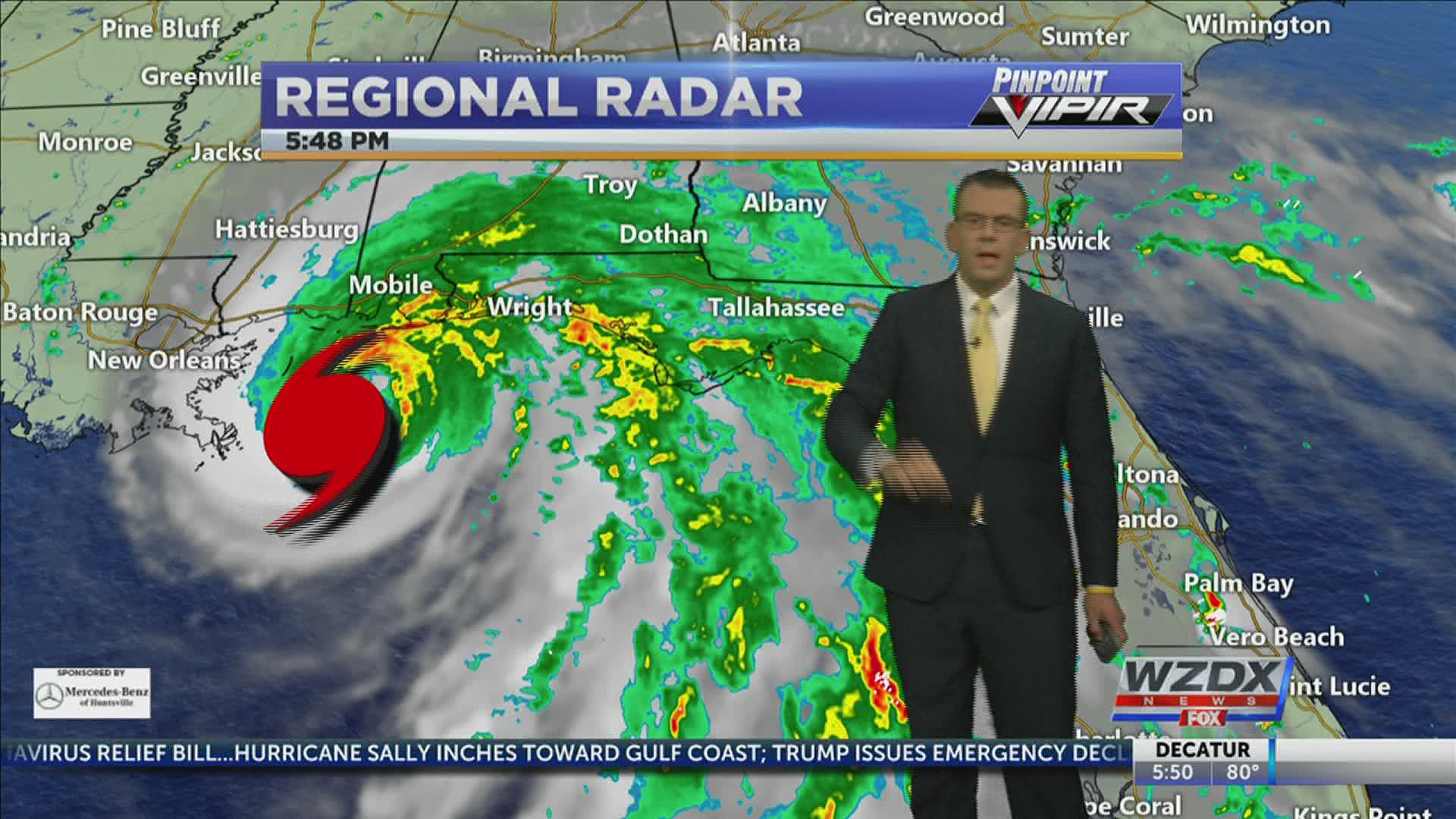 HUNTSVILLE, Ala. — Sally has undergone some changes since the last update that involve some weakening and some shifting of the storms overall track both in regards to landfall and then the track of the low once it makes the turn to the northeast.

Since the last update some dry air was able to work itself into Sally causing the storm to weaken from a category 2 hurricane down to a category 1 hurricane. As of the 4:00 PM CDT update Sally has sustained winds of 80mph and is moving very slowly to the north at 2mph.

It still looks like Sally will make landfall Tuesday evening or Wednesday morning as a category 1 hurricane. From there Sally makes the aforementioned turn to the northeast.

Sally will not bring a massive wind threat. Sally will be a massive rain threat especially to portions of the Mississippi and Alabama coasts.

Storm Surge could also be a problem especially in the Mobile Bay. Storm Surge is forecast to be 3-8 feet. While that doesn't sound like a lot, storm surge is the height water rises to beyond high tide.

Side note: Just because the outer bands are on shore doesn't mean a hurricane has made landfall. Hurricanes do not make landfall until the eye wall comes on shore.

With the changes in the overall track and the center of low remaining further south, the overall impacts across the Tennessee Valley are reduced, especially in terms of the rain totals across northeast Alabama.

Some across Lauderdale, Colbert, and Franklin Counties may only see a few sprinkles the rest of the week. On the other hand, despite the more southerly track DeKalb and Jackson Counties could still near the 3" mark by the end of the week.

There are a few factors at play that could end up limiting the rain or bringing more of it. Obviously the track, but we'll also be looking at the speed once Sally makes landfall. If it moves fast then we see less rain. If it moves slower, then we see more rain.

Hurricane Warnings are in effect from Mississippi through Alabama, and even portions of the Florida Panhandle. Further north are Tropical Storm Warnings.

When Does This Start? 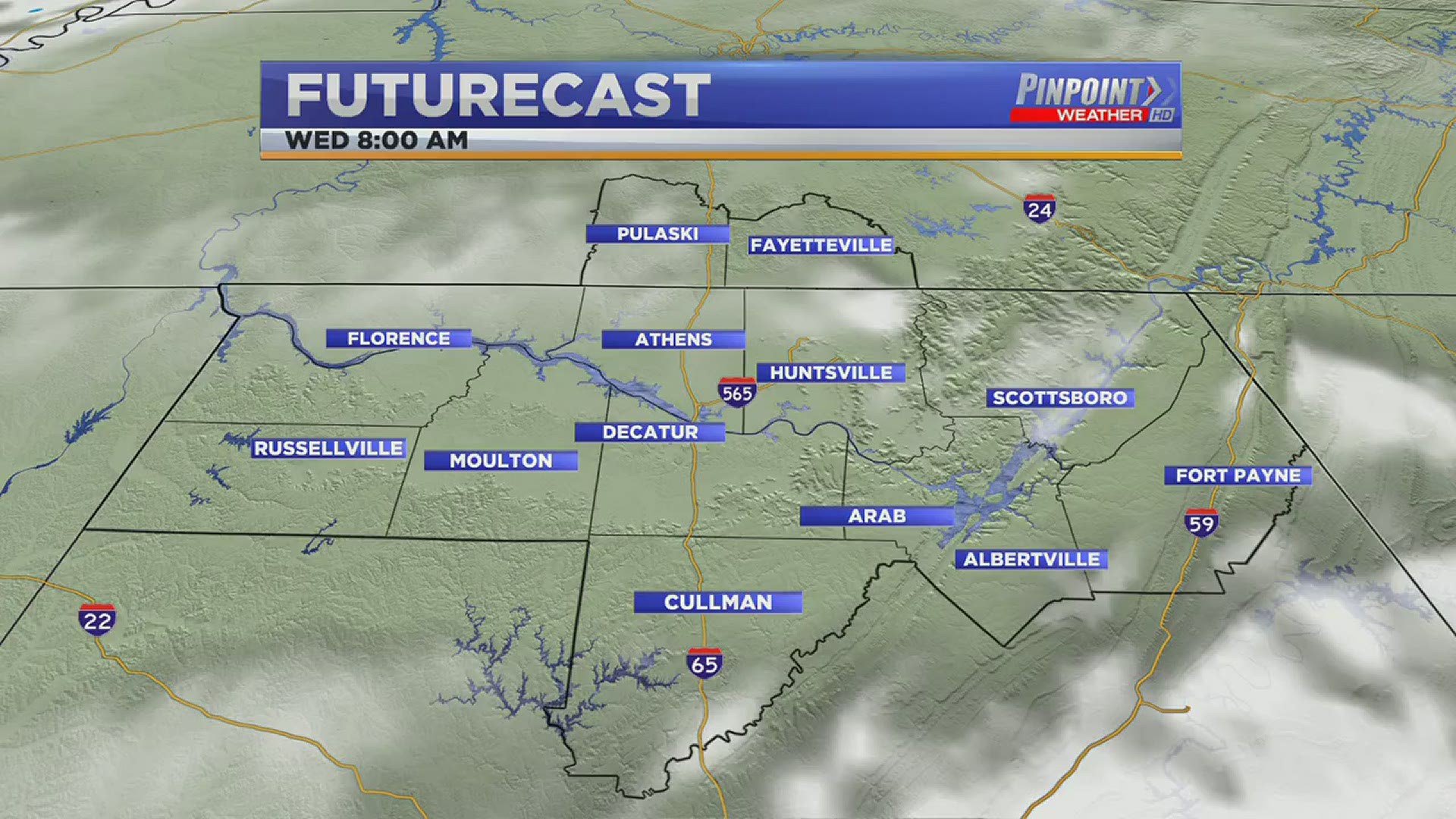 Scattered showers will be possible through the afternoon, but the widespread rain may hold off until the evening and then continue into the overnight. Again, some may not see any rain and futurecast does a great job at showing that.

Thursday will feature return flow bringing showers from the north that will be more scattered in nature. From here it does look like we will get some dry days Friday - Weekend.