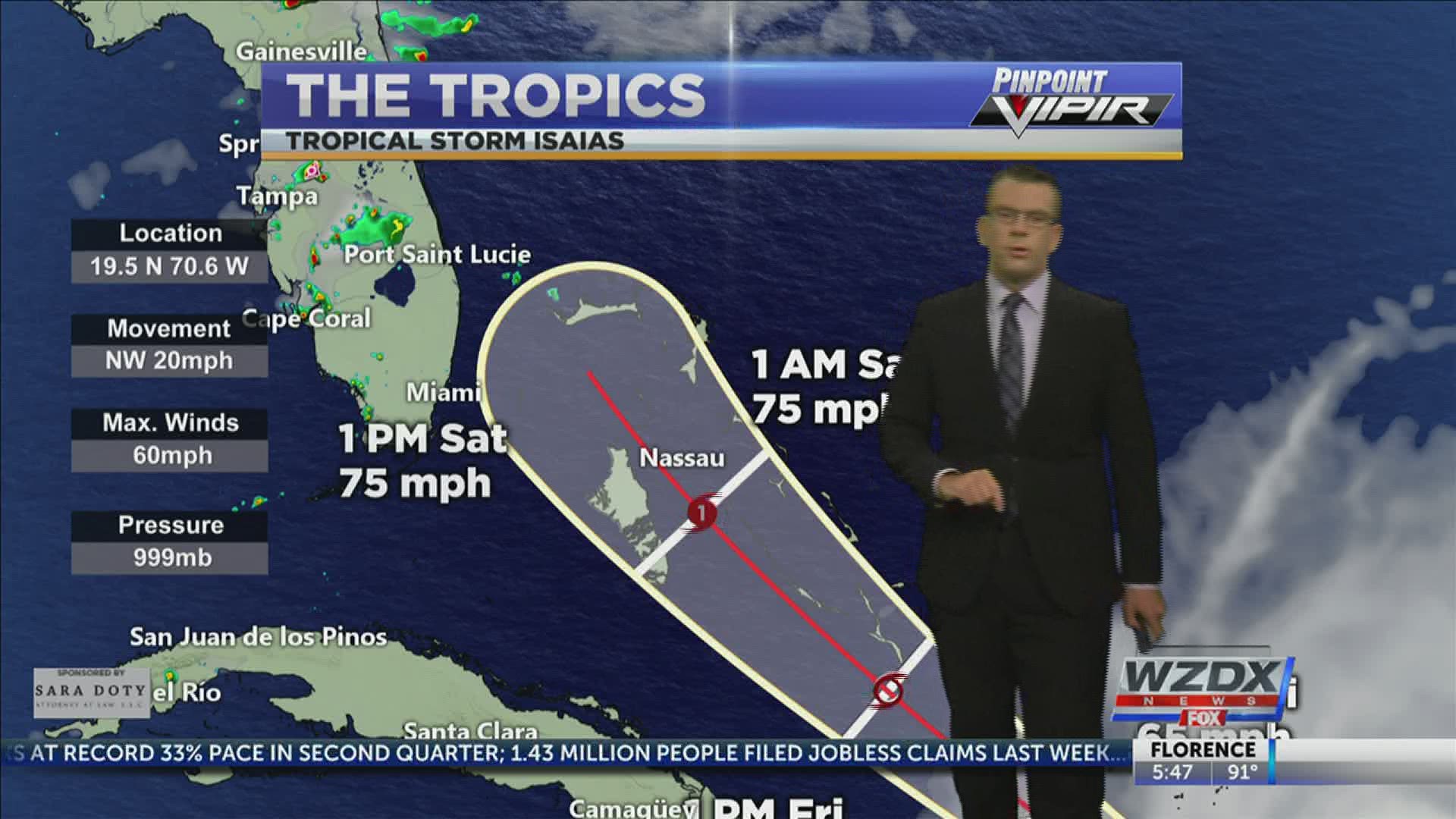 Isaias isn't the only named stormed breaking records. The fifth, sixth, seventh, and eighth storms of the 2020 Atlantic season also broke the same record. These records date back to 2005. While we're breaking the 2005 naming pace, the 2005 season was much worse as far as storm intensity is concerned, but we're not looking at that stat in this article. We're simply focusing on the naming pace of storms.

If we get through all of the names in the 2020 list then we move onto the Greek Alphabet. 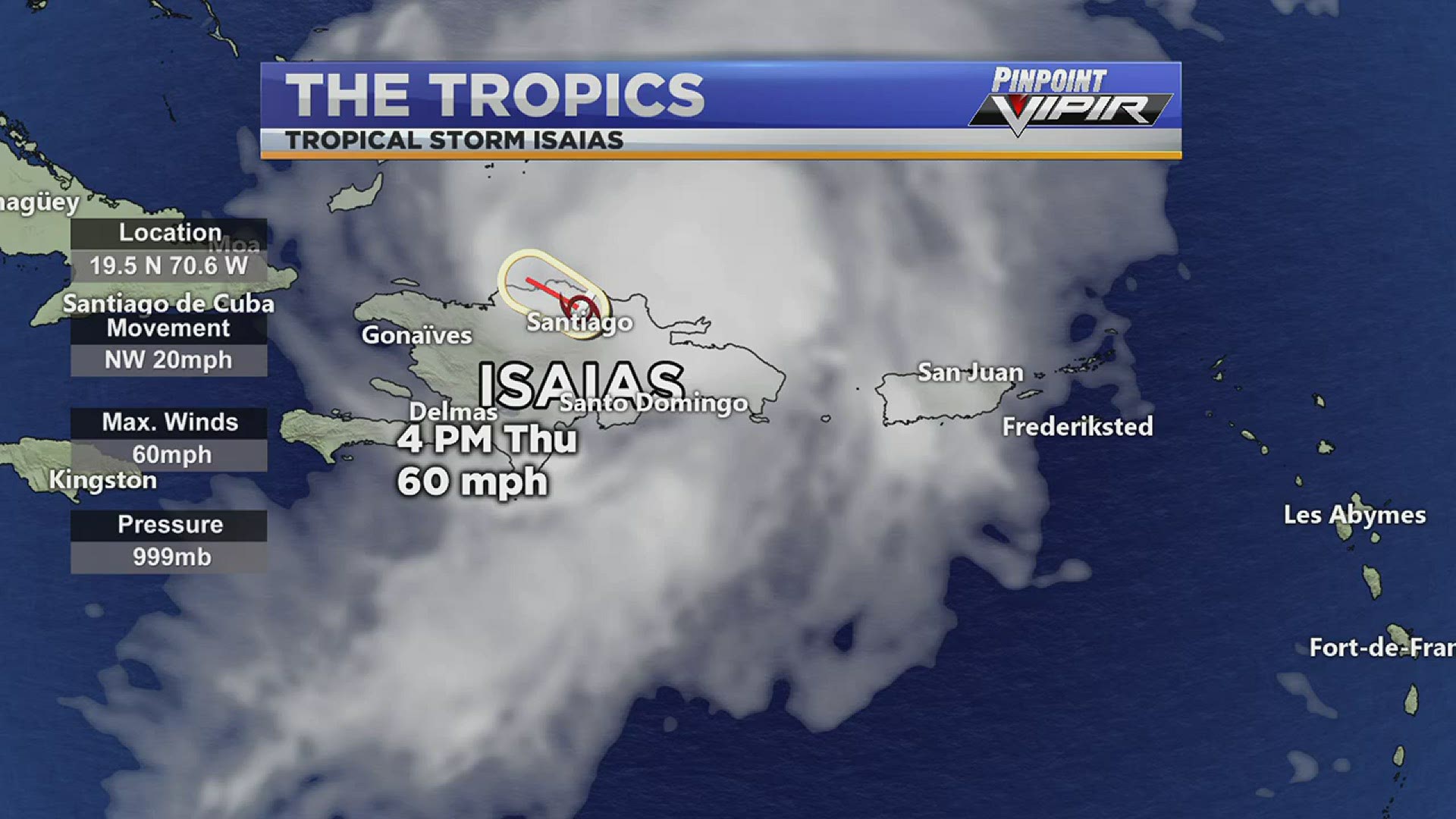 Currently Isaias hangs out over the Dominican Republic. The storm is expected to continue traveling north and actually strengthen into a hurricane as it approaches Florida. It does look like the storm could stay to the east of Florida in the Atlantic and then move up the east coast as a weak category one hurricane.

There are a couple of different upper-level factors that impact the track of Isaias. First is the Bermuda high in the Atlantic. It wants to push the storm to the west northwest which would in theory send it over Florida or even into the Gulf of Mexico. That doesn't happen because there's a developing trough that pushes the storm northeast.

Isaias is essentially caught in the middle and so it takes its forecast track. The fact that it stays in open water is what allows it to gain some strength.