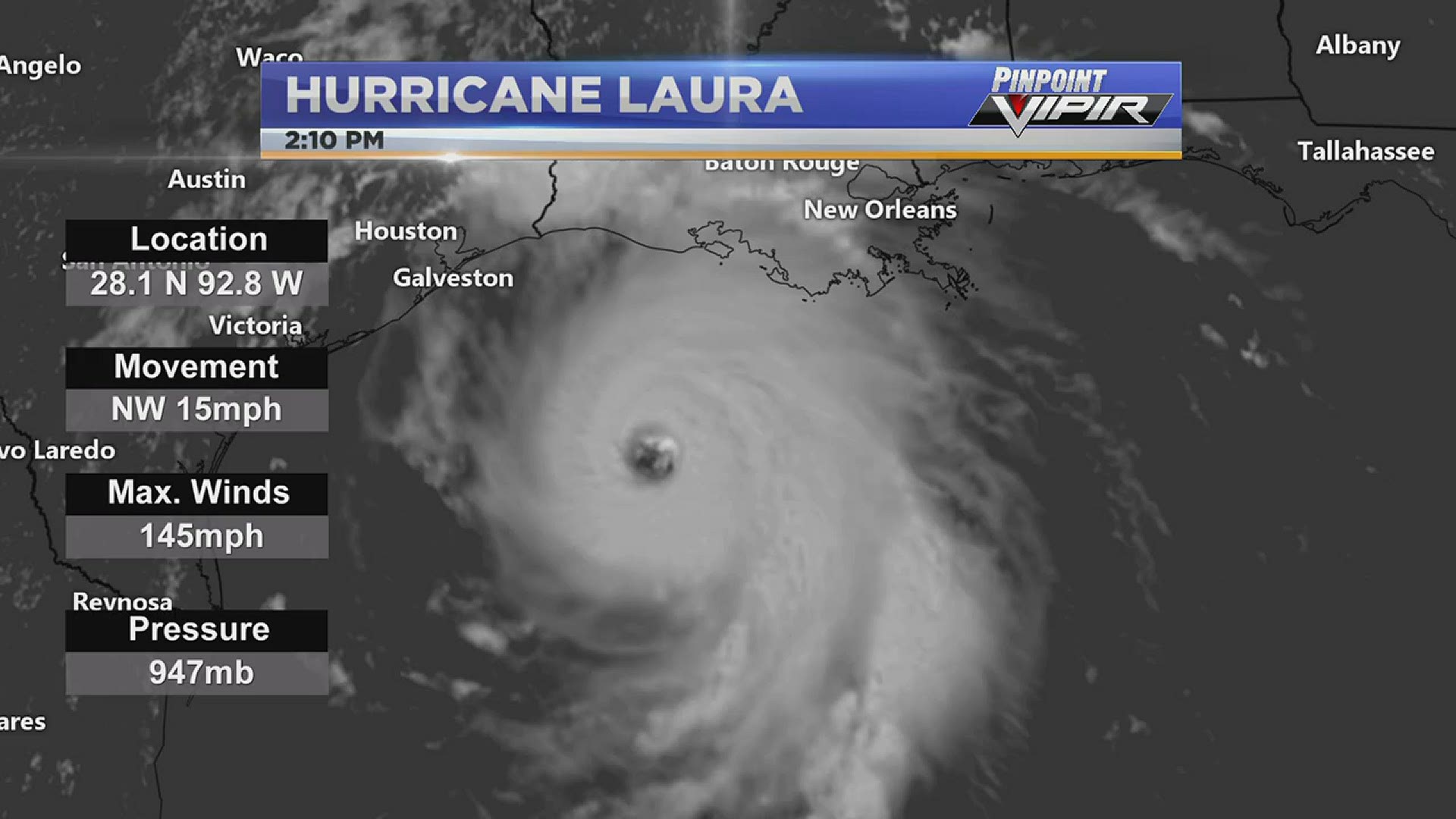 Hurricane Laura is expected to make landfall near Lake Charles, LA around or before 1 AM Thursday as a major category hurricane four, with maximum sustained winds of 150 mph. After Laura makes landfall early Thursday morning, it will downgrade into a tropical storm by Thursday afternoon and will continue to diminish the further inland it moves.

Hurricane-force winds are expected tonight in portions of the hurricane warning area, with catastrophic wind damage expected where Laura's eyewall moves onshore. Hurricane-force winds and widespread damaging wind gusts will spread well inland into portions of extreme eastern Texas and western Louisiana early Thursday. Widespread flash flooding along small streams, urban areas, and roadways is expected to begin this evening into Thursday from far eastern Texas into Louisiana and Arkansas. This will also lead to minor to moderate freshwater river flooding. The heavy rainfall threat and flash and urban flooding potential will spread northeastward into the middle-Mississippi, low Ohio, and Tennessee Valleys Friday night and Saturday.

Unsurvivable storm surge with large and destructive waves will cause catastrophic damage from Sea Rim State Park, Texas to Intracoastal City, Louisiana, including Calcasieu and Sabine Lakes. This surge could penetrate up to 40 miles inland from the immediate coastline, and flood waters will not fully recede for several days after the storm.

As for us here in the Tennessee Valley, the remains of Laura will be passing through on Friday, bringing in the threat for a few severe storms. The Storm Prediction Center already has portions of the western Tennessee Valley under a marginal risk for severe weather. Our main threats will be damaging wind gusts up to 60 mph, a few spin-up, isolated tornadoes and very heavy rainfall that could lead to flooding issues, especially for areas along the Tennessee River.