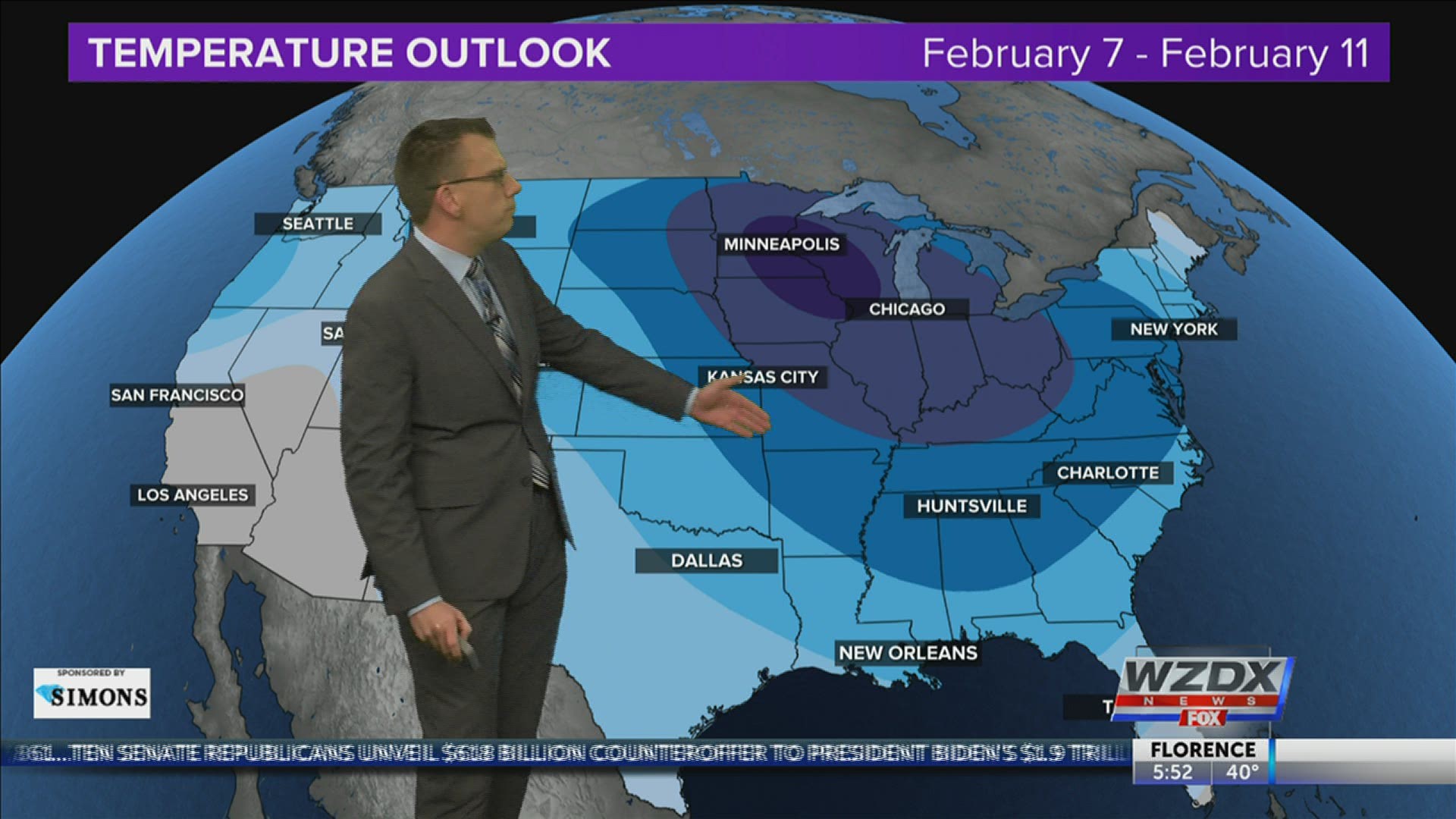 HUNTSVILLE, Ala. — Remember Sunday afternoon when it was 60 degrees outside? That warmer air is now a distant memory. Much cooler air moved in overnight and that was more than evident this afternoon. Many saw highs this afternoon that only finished in the mid and upper 30s under a mostly cloudy or even overcast sky.

We should begin to see some breaks in the clouds tonight, and that combined with a wind out of the north will allow temperatures to bottom out in the mid-20s. Some of the traditionally cold spots could drop as low as the low 20s. An average low for early February is 32 or 33 degrees.

From that chilly start we'll warm-up, but it's all relative. High temperatures will only climb into the low 40s. We should be in the low 50s.

A gradual warming trend is in the forecast through Thursday, but Friday and the weekend will usher in some cooler air with some freezing air coming by this time next week.