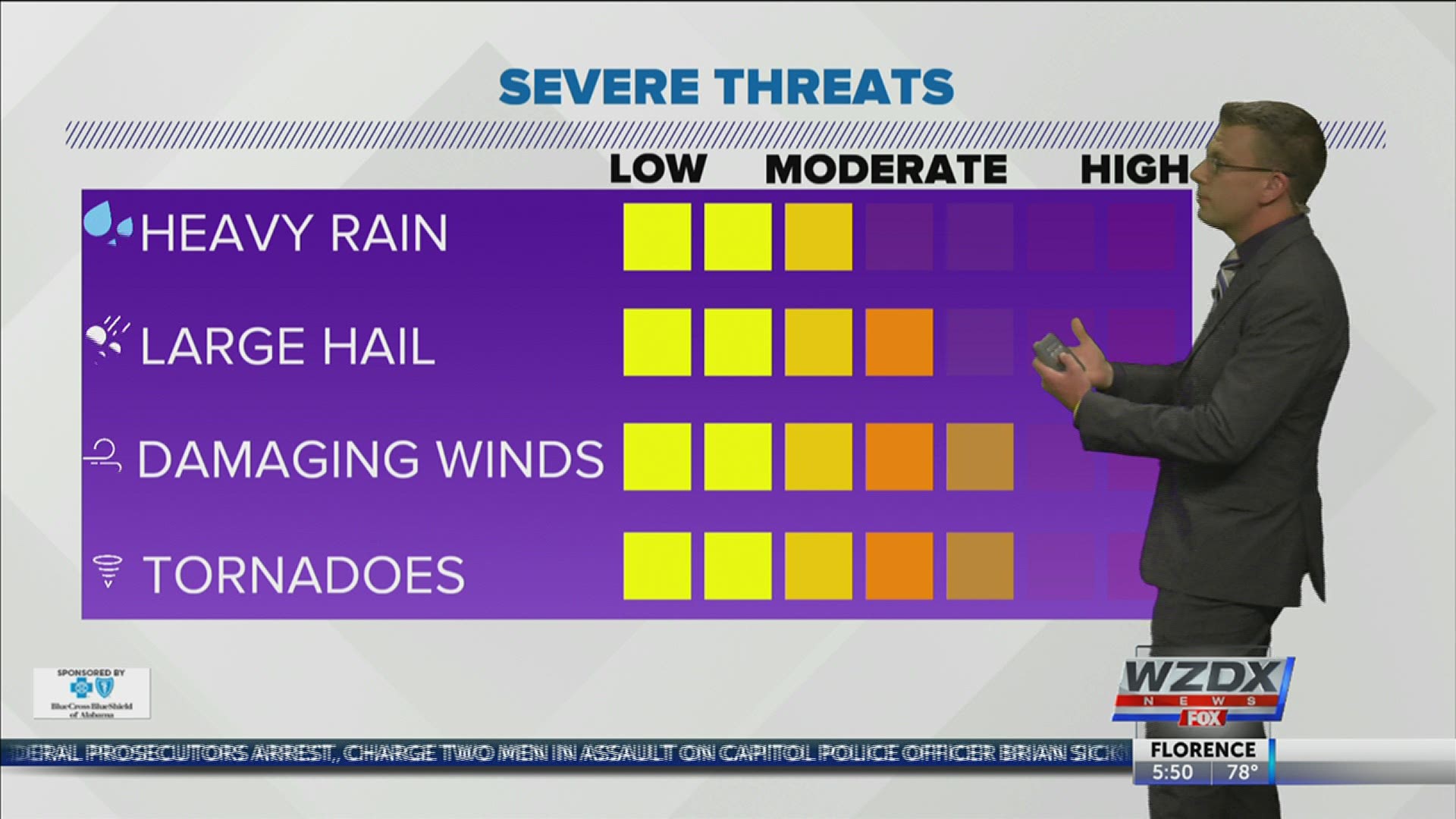 HUNTSVILLE, Ala. — With the arrival of Mid-March comes the arrival of the Spring Severe Weather Season and it looks like it's coming in like a lion. Severe Weather is forecast to move into the Tennessee Valley Wednesday, and the current forecast brings the potential for this to be a significant event in North Alabama and Southern Middle Tennessee.

The entire Tennessee Valley has the potential to see severe weather on Wednesday despite not everyone being under the same risk for severe weather.

Under a Slight Risk for severe weather are Giles and Lincoln counties in Southern Middle Tennessee as well as parts of Limestone and Madison Counties in North Alabama. Jackson and DeKalb Counties are also under the Slight Risk.

Keep in mind all of the above is three days out and things will change. again, it is important to remember that despite some being under a different risk level than others, the threat is there for the entire Tennessee Valley to see significant severe weather.

The primary threats will be Tornadoes and Damaging Straight-line winds. Winds could be in excess of 60mph and there is a chance that some of the tornadoes could be large and long-track if the tornado threat does come to fruition.

The threat for large hail is Moderate with the heavy rain threat being the least of our concerns. While many across the Tennessee Valley could see 1.5" - 2.0" of rain, only localized flooding is expected.

On the Synoptic Scale there are still some forecast questions that could lead to a more or less volatile environment in the Tennessee Valley. This whole threat is associated with an area of low pressure. That area of low pressure has an attendant warm front and a cold front. Both will be major players in our threat for severe weather.

If the second warm front stays a bit further south, then while our environment would be suitable for severe weather, it would not be as volatile as it could be. There will be an initial warm front that lifts north in the morning that acts as an initial primer.

The timing still comes with some questions and for the moment, we're leaving almost all of Wednesday open to see some sort of severe weather.