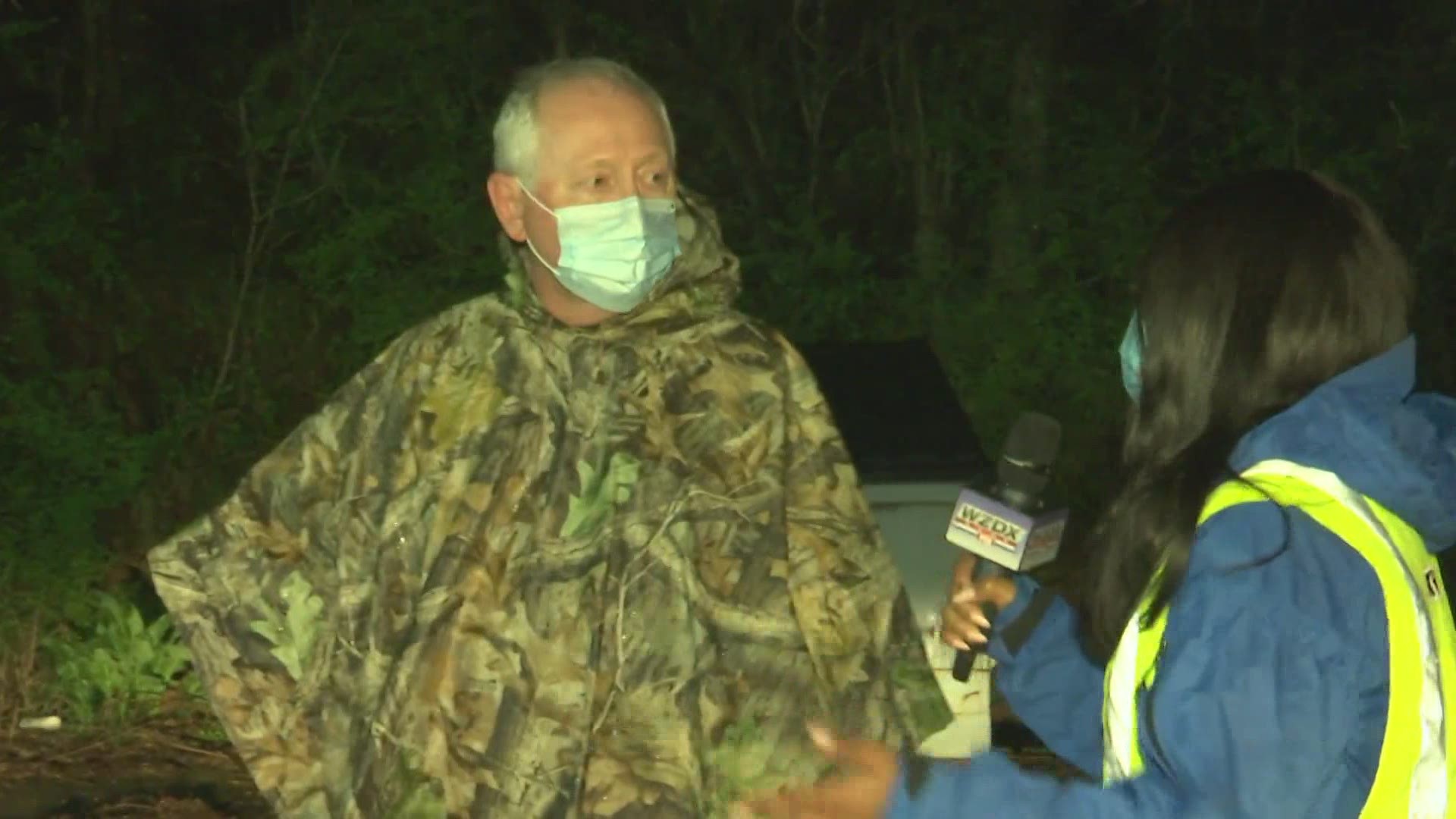 ALABAMA, USA — Damage reports are coming in from across Alabama:

NEW: There is heavy storm damage in Hoover’s Greystone Farms community. One person was transported with minor injuries. Multiple homes damaged and a few destroyed pic.twitter.com/Kt8Vk9qfV9

PELHAM DAMAGE:
Approximately 30-50 homes / structures are damaged in our city. Please keep in mind, that is a very preliminary number. Crews are still in the field assessing the damage.

Please continue to stay away from tornado damaged communities.#alwx #pelhamtornado

@spann Belcher Dr in Pelham (one street over from the YMCA.) 30 seconds was all it took. pic.twitter.com/tyr0ayaEar

From a friend of mine on at Oak Mountain Stat Park. Don’t mess with these storms! Be safe and keep @1037theq @WBRCnews on for breaking updates #alwx @NWSBirmingham @NWStornado pic.twitter.com/iof6g5D6JN

@spann My dad's house in Eagle Point. No one was home thank God. pic.twitter.com/6yArwiZEz4

@spann from Greystone on 280 pic.twitter.com/YXjkHZPPCJ

Even if you didn't experience any aftermath from last week's storms, that doesn't mean you won't be impacted this time. Nail down your emergency plan now.

Huntsville Madison County Rescue Squad Director David Young said, "I'm sure tomorrow everybody is going to commute to work in the morning. There will probably be no issues, some rain, but by tomorrow afternoon the people that come home after four and five o'clock, they could be potentially facing some flash flood conditions."

Along with the threat of damaging winds and tornadoes, flooding is something that should be top of mind.

More than half the deaths from flooding each year happen in cars. Just last week, rescue teams had to make several water rescues in Morgan County due to flooding.

Morgan County Sheriff’s Office Spokesperson Mike Swafford said, "Us, but more importantly the rescue squad, had about six water rescues which are treacherous every time they have to do that because the person is in danger as well as the rescuers.”