Sally, A Cold Front, and The Tennessee Valley 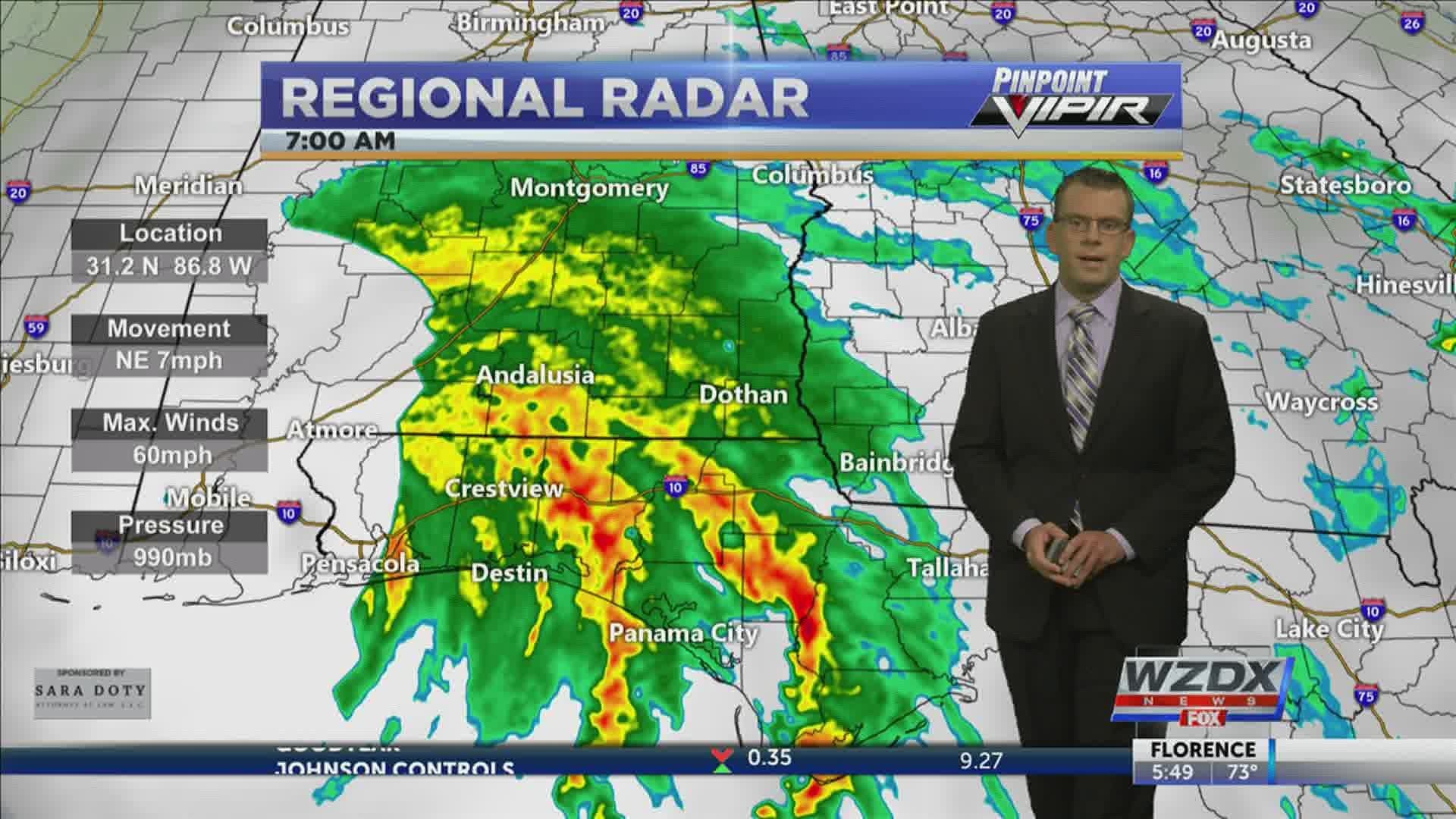 HUNTSVILLE, Ala. — Sally went through some last minute strengthening and hit the coast of Alabama early this morning. Hurricane Sally hit Gulf Shores Alabama as a category two hurricane with sustained winds of 105mph. The irony here is that on this exact date 16 years ago Hurricane Ivan also hit the Alabama Coast.

Since then Sally has continued to move very slowly to the NE. As of the latest update, Sally is only moving 7mph. This isn't the greatest news for folks in central and south Alabama. Heavy rain continues to fall in parts of the state only worsening an already bad flooding situation across South Alabama.

The three mile bridge that connects Pensacola to Gulf Breeze has been nearly cut in half thanks to an apparent construction barge getting loose. The bridge can obviously not be crossed. 📸: Lawrence Rogers

By Thursday morning Sally will be across North Georgia east of the Tennessee Valley. While showers are possible through the overnight, rain will be scattered and limited to northeast Alabama.

The lack of rain across the Tennessee Valley is thanks to the center of low taking such a southerly track. We talked about this possibility several times.

With the remnants of Sally sitting to our east Thursday afternoon, only scattered showers will be possible across the Tennessee Valley.

While all of the above is going on a cold front will also begin to push through the Tennessee Valley late Thursday afternoon and Thursday evening. No rain is associated with the cold front, but we will see a fair amount of cloud cover that will linger through Friday afternoon.

The best news here is that there is a much drier and still cool air mass behind the cold front. That will make for a fantastic Fall-feeling weekend in the Tennessee Valley.