The F4 tornado damaged 80 businesses, 3 churches, and more than 1,000 cars. The storm destroyed Jones Valley elementary school and another 259 homes in the Jone... 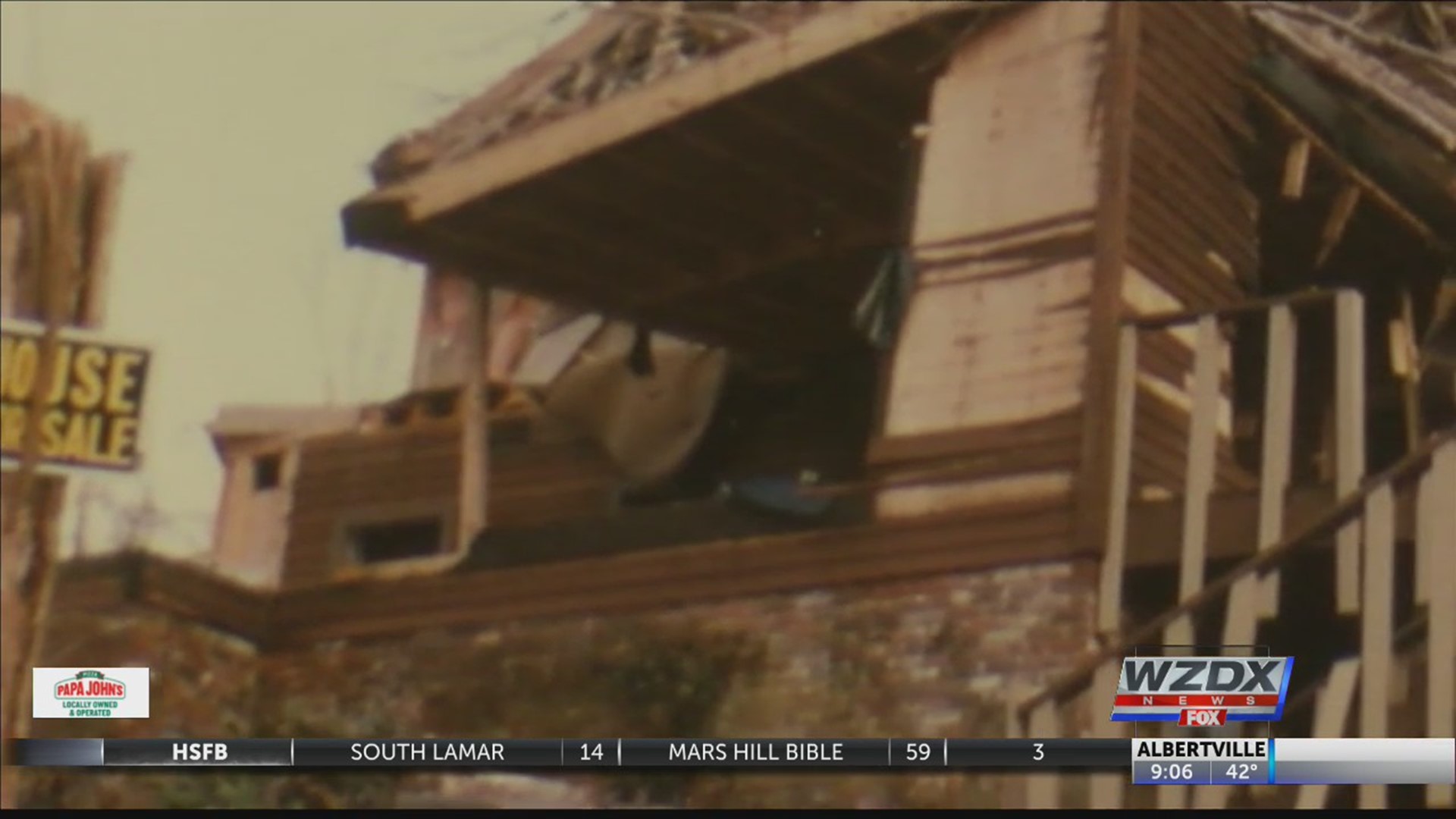 Today we take a look back on one of the deadliest weather days ever in North Alabama, today marks the and acknowledge the 30th anniversary of the November 15th 1989 Airport Road tornado. When that day was over 21 people had been killed, 463 injured and there was over $250 million dollars in damage.

The F4 tornado damaged 80 businesses, 3 churches, and more than 1,000 cars. The storm destroyed Jones Valley elementary school and another 259 homes in the Jones Valley area.

The storm began it’s deadly path on Redstone Arsenal just after 4:30 PM and moved NE towards the very busy airport road. In the heart of rush hour Given the timing of the storm, many were preparing to or had just left work. 12 of the 21 deaths occurred inside cars.

One former Huntsville resident, Shannon Grubbs, describes how green the sky appeared from her office at the Marshall Space Flight Center just before the tornado and how she had never seen the sky so green, not even before the 1974 tornado.

Aside from the unbelievable, the F4 tornado brought untold and near-total devastation to the airport road area. Sergeant Rick Nelson describes a scene of utter destruction. Buildings being completely flattened and how quickly the tornado swept through.

It’s one thing to think of the devastation that lay in the tornado’s wake but there are also the lives of the people that were forever changed. It wasn’t just the residents whose lives were changed, but the first responders who saw the death and destruction first-hand. Nelson says something he will never forget was Roger Dean arriving early to the scene carrying a child that had been trapped under the rubble of the aftermath of the EF-4 tornado, not sure if the child made it out alive from the destruction.

Out of so much loss and tragedy, some good did come from this day, and we as meteorologists have better technology at our disposal for even more accurate forecasting.

We have so much more today with the NEXRAD radar, doppler radar, dual-polarization capability and now we can see the so-called tornado debris signature, the TDS if the tornado is close enough to the radar. So we have ways of directly detecting circulations, the apparent circulation, the mesocyclone as well as the smaller scale and intense tornado circulation.