Showers and thunderstorms move into the Tennessee Valley which could lower our temperatures. 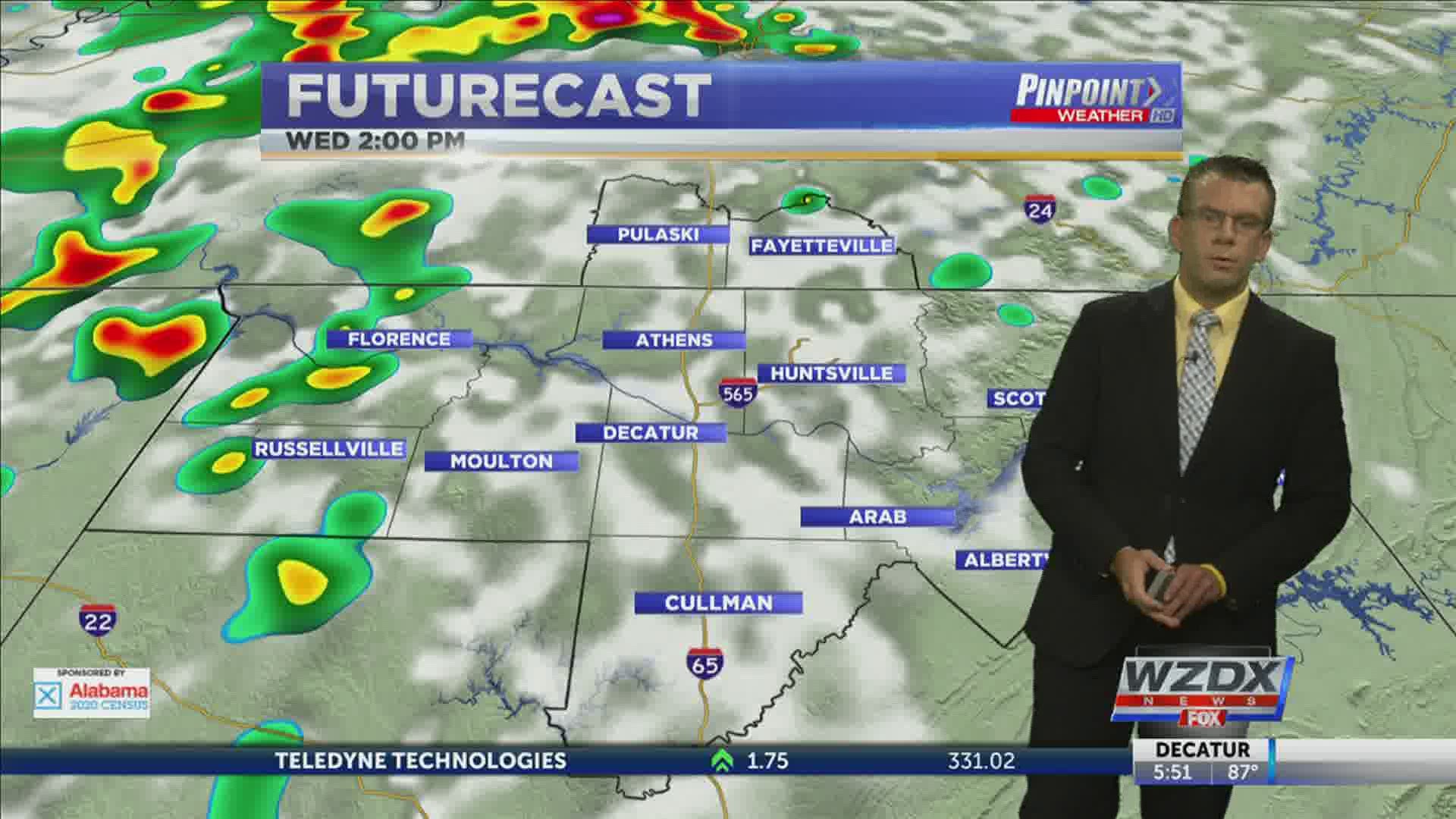 HUNTSVILLE, Ala. — Another hot afternoon across the Tennessee Valley. Temperatures again climbed into the mid and upper 90s and heat indices were in the 103° - 105° range. It looks like we could do this again on Wednesday, but with some changes made to the forecast, it looks like Wednesday may be the last day we do it this week.

There's an area of low pressure sitting well to our west bringing showers and thunderstorms to Arkansas, Oklahoma, and Missouri. Some of this activity could move through the Tennessee Valley tonight, but many will remain dry.

This ends up working slightly in our favor. Temperatures are now trending a bit cooler through the end of the week and the weekend. With the aforementioned showers and storms not being totally widespread, those that see more sunshine can likely add a few degrees to the above numbers.

Our next tropical system is taking shape in the Atlantic Ocean. Tropical Depression Eleven has officially formed with sustained winds of 35mph. The storm is forecast to strengthen into a Tropical Storm before heading towards Puerto Rico this weekend.

When the storm gets a name it would become Josephine. Remember the updated hurricane outlook actually means we run out of names this year. If that happens we move to the Greek Alphabet.