The worst destruction in Louisiana came from Hurricane Laura. 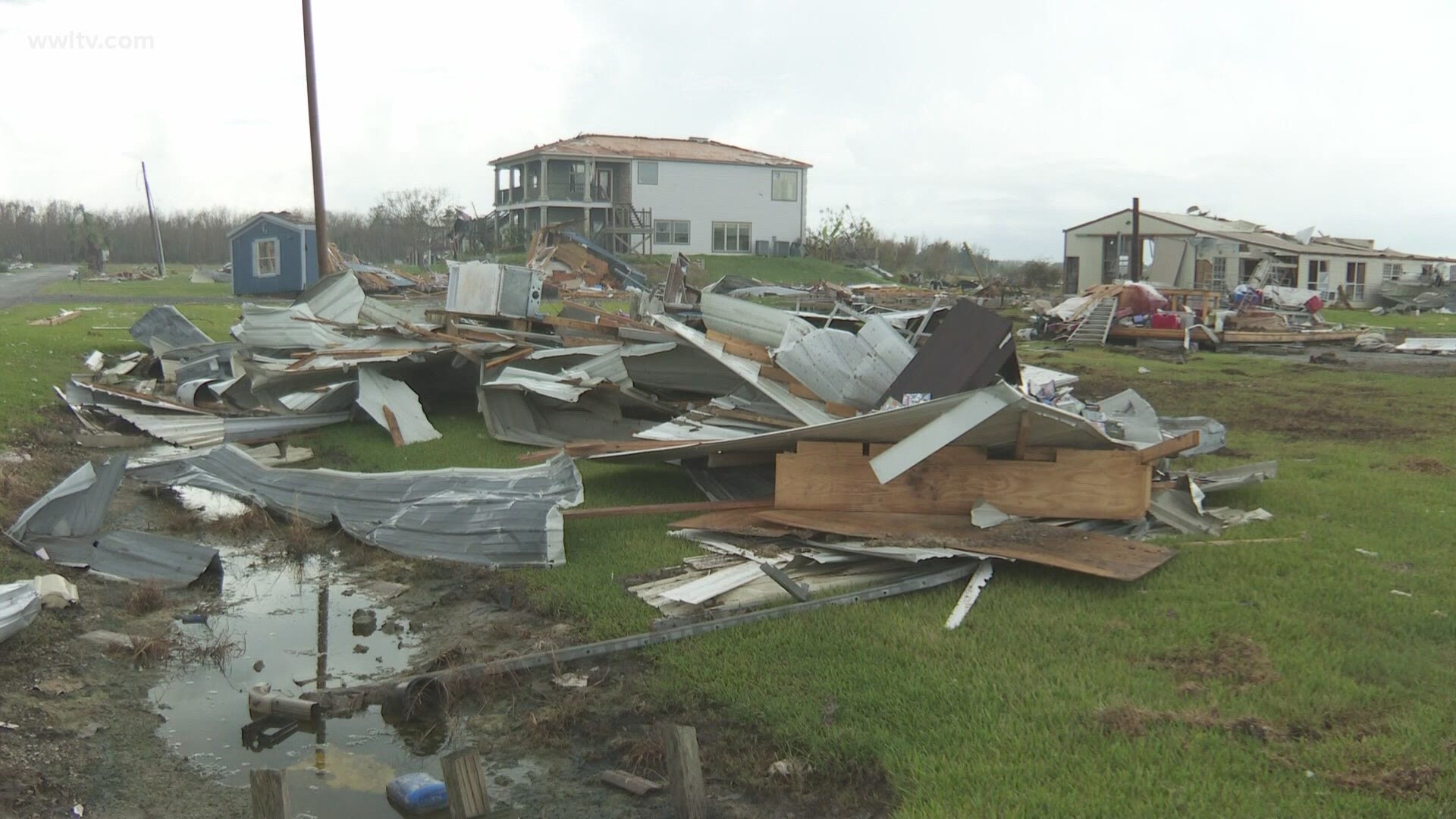 This hurricane season was a historic one breaking multiple records.

"This has been a crazy, crazy year,"' said WWL-TV Meteorologist Dave Nussbaum.

A record breaking 12 named storms hit the United States with with a record breaking five of them making landfall in Louisiana from Cristobal to Hurricane Zeta, which hit New Orleans as almost a category 3.

"That's the first time since Betsy that the eye of the hurricane went over the city of New Orleans," Nussbaum said.

The worst destruction in Louisiana came from Hurricane Laura.

"Laura was the big cat 4," Nussbaum said. "That was a record breaker too because it was tied for the strongest storm to ever hit Louisiana."

Lake Charles and Southwest Louisiana are still rebuilding. Even now, The Red Cross is putting up 1,550 evacuees in New Orleans.

RELATED: Hurricane Laura refugee's car stolen, along with everything he owns

Jerry LeBlanc was one of them until he went back to Lake Charles last week. His car was stolen so he took a train. His apartment complex is still rebuilding and he can not stay there.

"I'm homeless, unfortunately. I can smile about it because I got God, but I'm homeless," LeBlanc said.

Even though this hurricane season ends, Southwest Louisiana is still recovering.

"It doesn't mean the battle is over," LeBlanc said.

Plus, more more storms can form at any time.

"Just because it's Nov.v30 doesn't mean we can't get a storm afterward," Nussbaum said.

It is 2020 after all and we can only hope the tropics give us a break.

RELATED: Medium chance for a subtropical storm to form this week