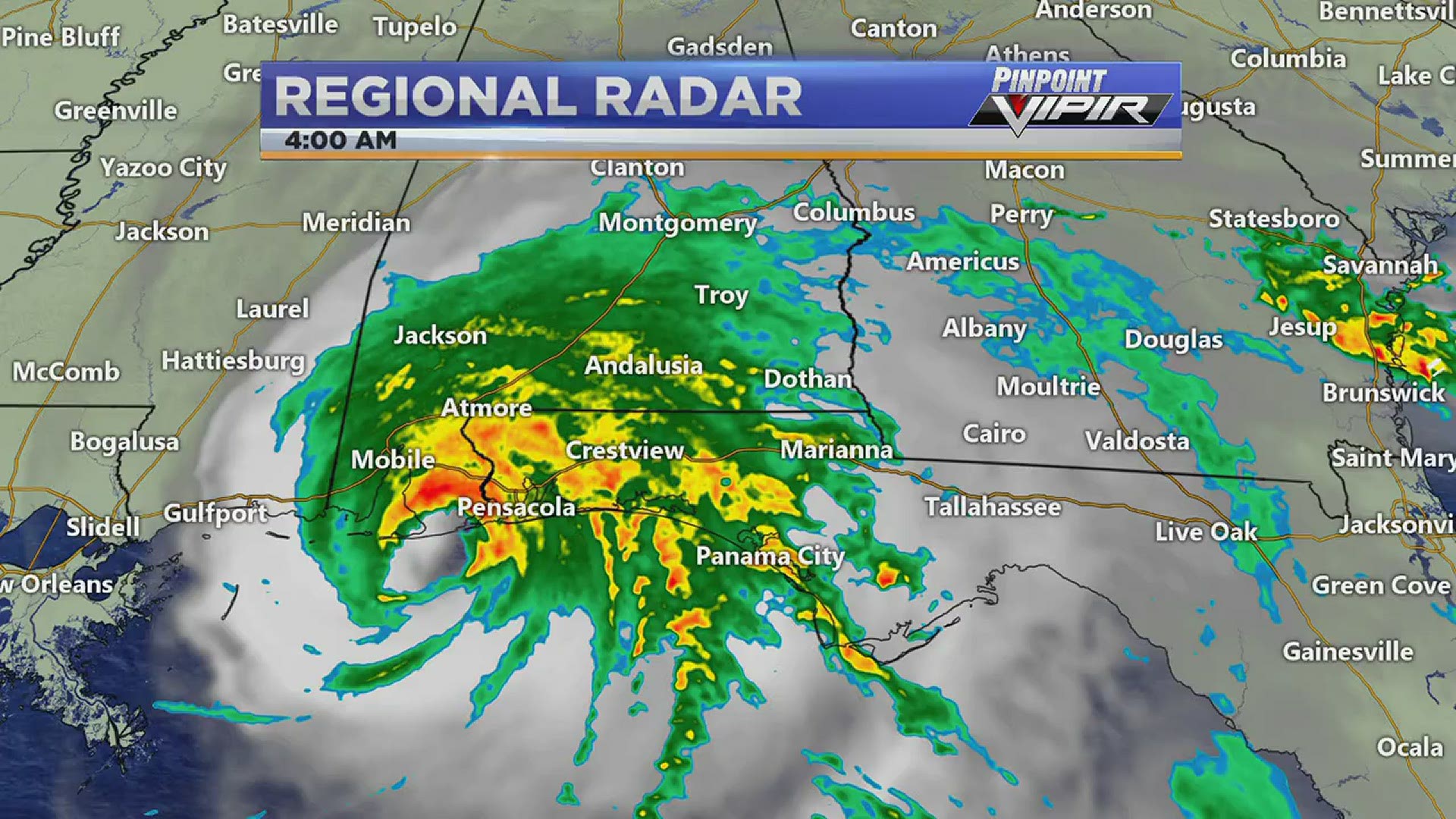 HUNTSVILLE, Ala. — Hurricane Sally officially made landfall near Gulf Shores, AL at 4:45 AM CDT as a Category 2 Hurricane on the 16th anniversary of Hurricane Ivan. Maximum sustained winds were 105 mph. The center of Sally is moving slowly near the Alabama/Florida border. Sally will continue to dump heavy amounts of rainfall throughout the afternoon, causing "catastrophic" flash flooding.

Historic and catastrophic flooding, including widespread moderate to major river flooding, is unfolding along and just inland from west of Tallahassee, Florida, to Mobile Bay, Alabama. Significant and widespread flooding is likely across inland portions of Alabama into central Georgia, and possible across western South Carolina, western and central North Carolina, and far southeast Virginia.

Life-threatening storm surge is occurring along portions of the coastline from Alabama to the western Florida Panhandle, including Pensacola Bay.

Hurricane Conditions are expected to continue this afternoon within portions of the Hurricane Warning area in southern Alabama and the western Florida panhandle.

We urge you to please do not come to Orange Beach. Please stay off the roads. We are under a curfew until 12PM.

Posted by City of Orange Beach on Wednesday, September 16, 2020 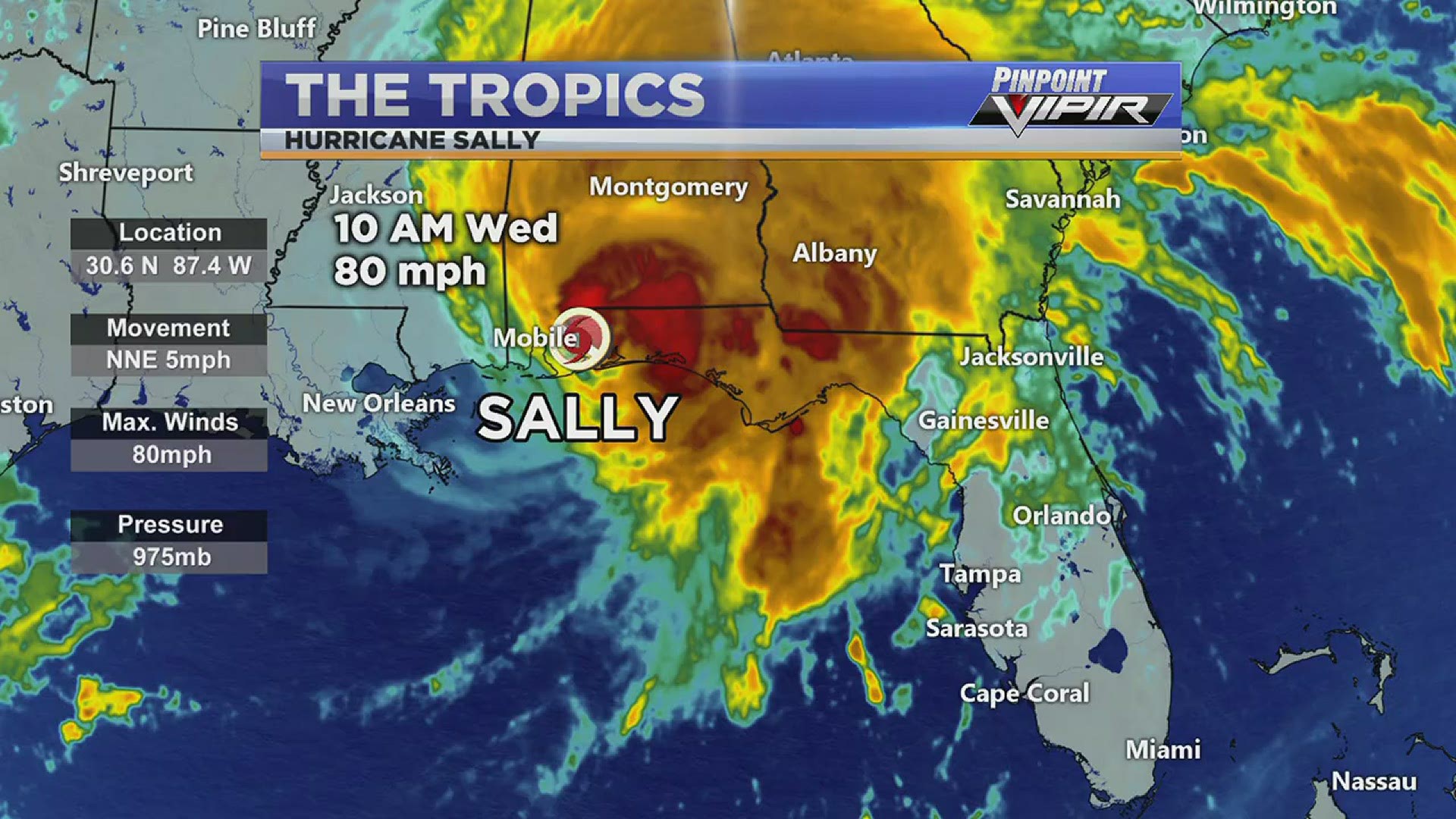